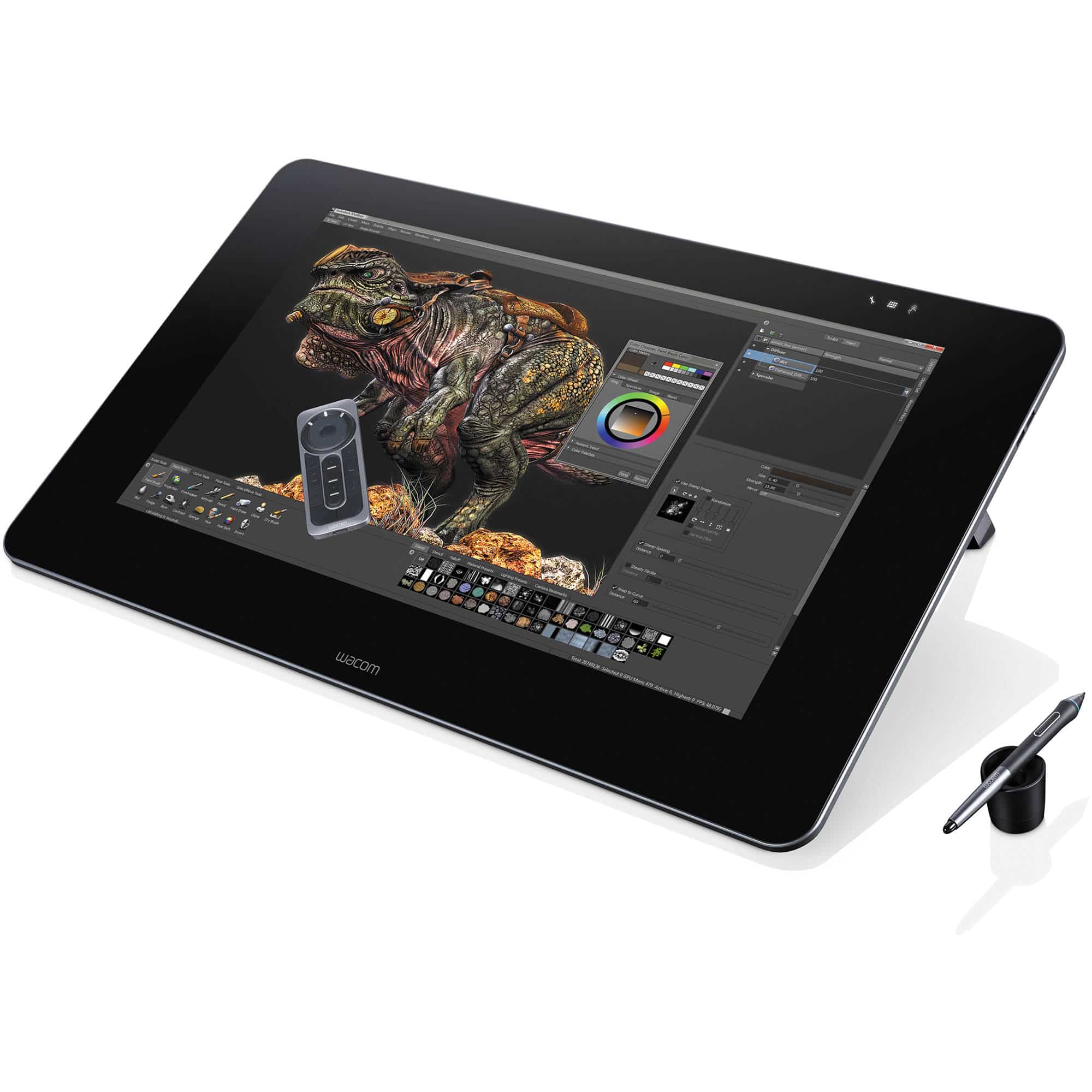 [vc_row][vc_column][vc_single_image image=”101533″ alignment=”center”][vc_column_text]Now, I’ve had my Wacom Cintiq 27HDQ for almost two years now. Basically the life span of their warranty coverage. So I thought it was time to add a note to my previous post about when I first purchased the item. You can see that article here!

So, don’t get me wrong. I still have great love for my Cintiq and the creative power and change it has brought to my artistic life, but, and with a deep sigh, I have to say that for such costly piece of equipment there are some flaws that really do get to me. The main one has been support (or lack of it). Again, not placing any blame on Wacom, as I am sure (as they say) they have to go through a set of checklists to evaluate the issue. But! Some of these processes are so near impossible to achieve for a small one man unit artist like myself, that it just doesn’t become support, it just ends up a barrier. After seeing that documentary ‘Objectified‘ and familiarising myself with the term; Planned obsolescence, or built-in obsolescence. It seems to be an ideology that Wacom are applying in their service to Wacom Users. I am not sure why, but as the device nears the end of its two year warranty, it has started getting this glitch on the screen. Like a bad video flicker on old VHS tapes. The screen basically jumps for a split second, about 7 or 8 times. The issue like most seems to then dissipate and doesn’t rear its ugly head again till the next switch on. I don’t know if this is because of the summer heat (didn’t happen in the first year’s summer), or my GPU, or whatever, but it’s odd it has started to happen close to the warranty end.

Where the frustration begins to set in, is you feel totally alone in trying to solve these issues. First point on the Wacom Warranty; it is not like the standard guarantee. I found this out after a phone call to support. Basically what they say, is if some renders the machine unusable then the only cause of action under the warranty, is to return it to Germany (under your own expense), and have the service department look at it for 2-3 weeks, and then have it returned. The alternative, if not fixable is NOT a new machine, but a refurbished item, that is not even the one you paid for. My notion of warranty and guarantees is that if the item breaks during that period to get a replacement. Seems not to be the case. You can also see the issue of a professional who uses it daily. There is no way to not have it in operation for those 4-5 weeks it is away, being fixed.

Now, the times I have had glitches with the operation, I have also written to support via their portal. Every single time they say the same thing. You need to carry out some tests to determine that it is the Cintiq and not other elements that is causing the issue. Fair enough, buy! One of their required benchmark tests is to connect the Cintiq (or faulty item) to another computer and to see if the issue still remains on that new devise. Now, again, you can see where the issue arises for a one man show, low budget artist. I can’t afford to high end computers, nor the time, to do this set-up in order to determine that those conditions perpetuate the issue. It’s like Wacom thinks we are sitting around in a studio of machines able to not do anything for possible days to see if that glitch reoccurs. All my support requests have ended like this. I have never had one successful support query solved by support, due to their need for this data.

So, my conclusion is this. The Cintiq is a super machine and I still can’t live without it, but a) If other companies can make them cheaper, why can’t Wacom? That way if this glitch/lack of support occurs, then replacing a $1,000 is less of a sting than replacing a $3,000 machine. b) Why can’t Wacom create a diagnosis app that can determine that certain spec requirements are met, so that if issues occur then at least it’s passed those tests and the probable causes can be updated? c) They should make it clear before purchase that you are spending a lot of money on something that basically has very weak warranty. d) It seems that most manufacturing companies have this planned obsolescence, or built-in obsolescence as part of their sales drive, it just seems pretty sad (like Apple’s old DVD-Rom drive 1 year fail symptom) that even expensive hardware devices still fall victim to this need to make profit over customer satisfaction.

I am hoping that my Cintiq will even out and work as it should for some years. If not and that planned obsolescence kicks in after the warranty ends, I will have to think hard about if I want to spend so much on something that is basically not covered.