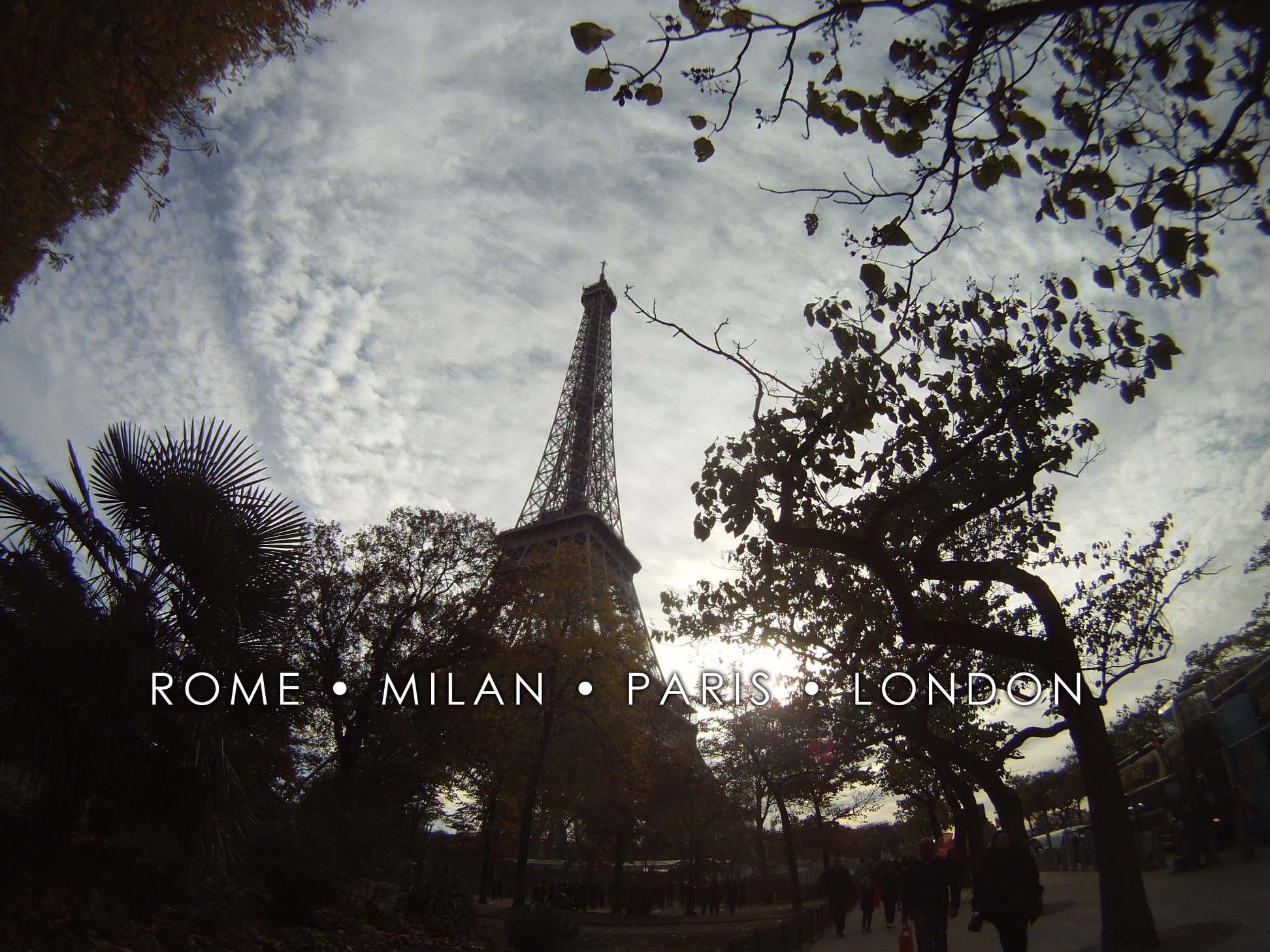 So, the wet day of Rome on day one, actually rose the next morning to be a sunny one! However, we had little to no time to look around as we had a train to catch to our next destination; Milan. As we were preparing the journey we received information that Venice had been caught in a catastrophic storm and was flooded. This was to be our destination tomorrow, so some quick thinking was needed.

The train journey was very pleasant to Milan, and unlike all predictions of Italian trains being always late, it was on time. So, we started to pull into Milan Centrale station to hopefully be greeted by Lythia’s friend (who lives around Milan). No sign of him! A telephone call revealed that he was seated in a burger bar and asked if we could find him. Like, ‘come to my city and you make the effort to find me in a place you don’t know’! Anyway, after a little waiting and two-way direction giving we caught up with him. And it seems he didn’t know anything about Milan, which didn’t bode well for our sight-seeing tour. We were already late for the AirBnB rendezvous in the centre, and so instead of walking the distance we took the metro. A delightful experience initiated by a vagrant druggie who wished to assist us in buying tickets to get cash for his next fix.

We finally reached the fabulous Renaissance building we were staying in and was eventually greeted by Marco. Marco was a middle aged, balding, solicitor who seemed to do comedy as a side trick. He jokingly took us through the strict checking in procedure, which was interrupted by a call from AirBnB, asking about the issue with Venice. So, we had our room. It was small, but cosy, and it was a place to crash for the night in the centre of Milan. Off to see the sights!

Milan has a large amount of really great architecture. With the beauty of the night and city illumination lights, the buildings took on a new beauty that made this short tour a little more satisfying. We know we were exhausted and needed to sleep. So we said goodbye to our local companion and headed for the Renaissance residence. We knew we had a bad day ahead as the city beckoned for a trip of grand proportions. Day Two of the trip was dimming as we closed our eyes and realised we had two days of misfortune and that things could only get better! We hoped!
Foot
3.50kms Milan Day One