Wrestler: Cooking up a new mascot!

Another commission from Fiverr Pro, with an interesting twist. The client requested an illustrative mascot for a centre piece to the entrance of their up-coming restaurant. The idea was to have a chef standing in a wrestling ring. The piece started off as a simple image of a man with folded arms, but slowly was converted to be a little more complex. The client ended up having some new ideas which completed the project different to what you see here. 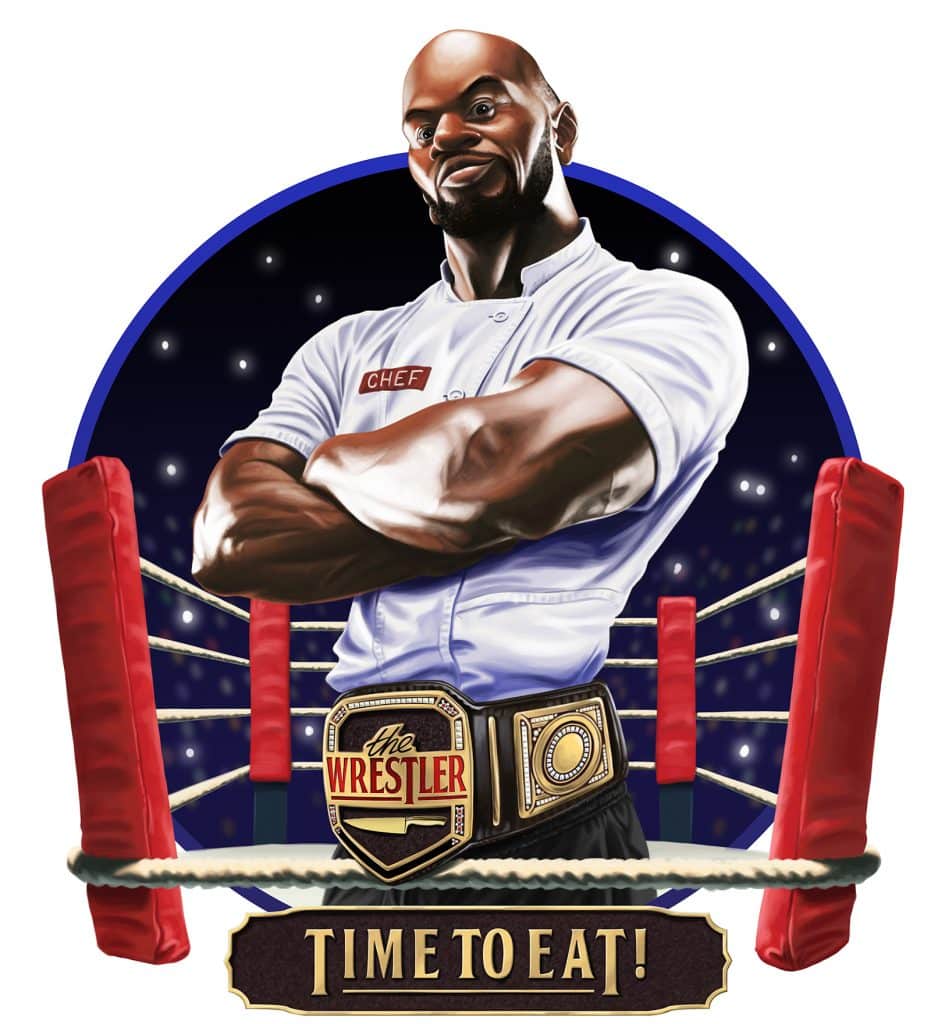 The brief was from the future owner of the restaurant, who wanted a wrestler chef to look a little like him, to be standing in a fighting ring, and wearing a parody of the Wrestling World Title belt. Apart from that the creative freedom was open to my interpretation. As there was some issue with the logo that appeared on the belt, the brief requested the restaurant name to appear front and centre.
Finally a plaque was requested to sit below the image with the tag line “Time to Eat!“

With only a hand full of reference image of the client to base the illustration of, some research was required to sort out some reference material for all the aspects of the art piece. The whole illustration consisted of some 12 photo references that helped build up the artwork.

Everything went according to my initial plan, as to have some creative freedom, the corner pads where left floating in the foreground as not to destroy the aesthetics with the need for poles protruding down.

The design went through several stages, as the client requested changes to his face and originally there was no mention of the tunic to be worn. So these were sketched in after the initial design was created. The notion of a crowd was mentioned and to save on time and rendering, I decided to do it as a minimal set of shapes to infer the notion of faces, and added some light flashes over the top.

Rendering went according to plan, but the client did ask for the knife to be replaced with some additional text. He also required the costume to be all black, so a photoshop trick was used to colour the white to black. 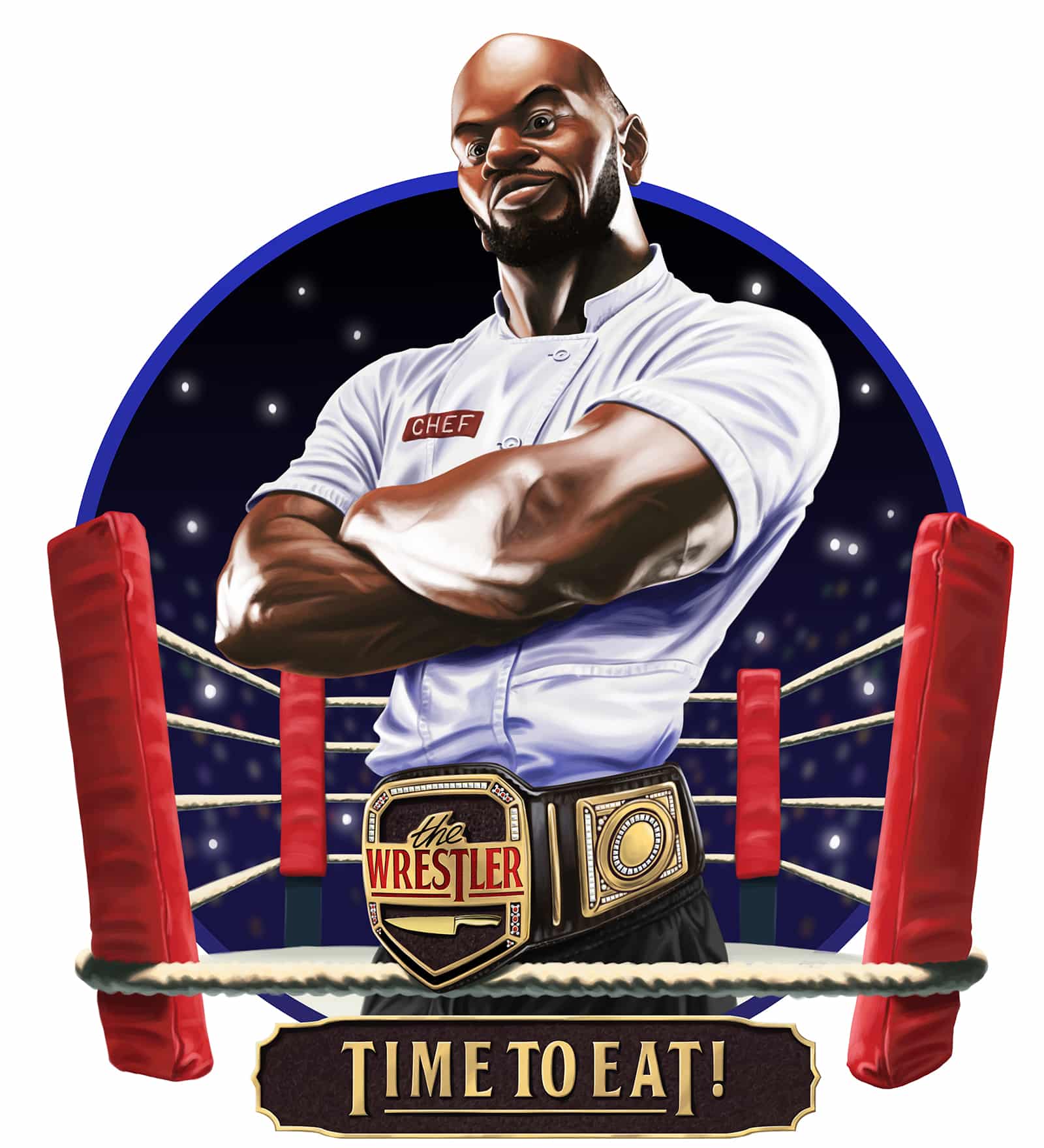 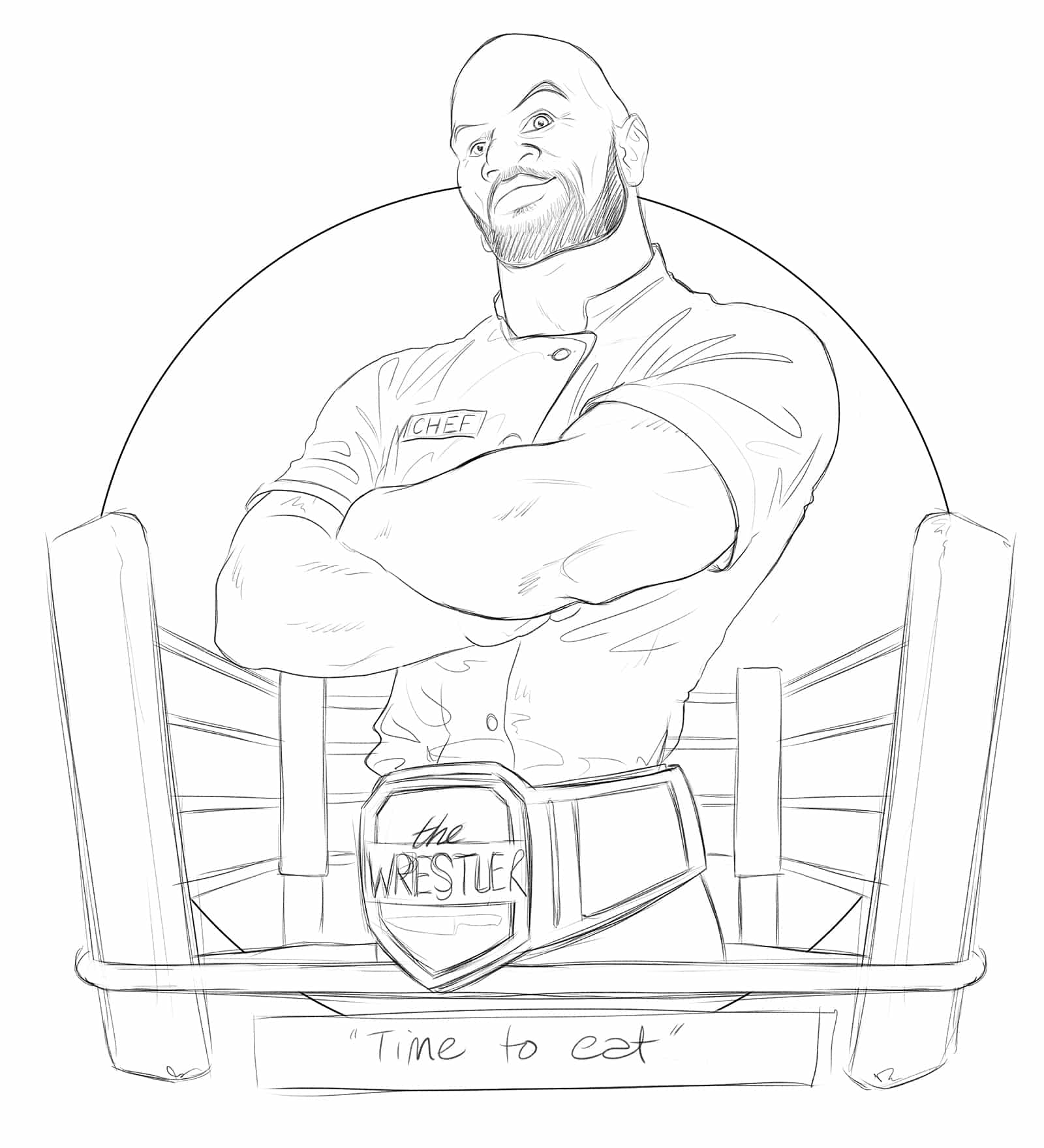 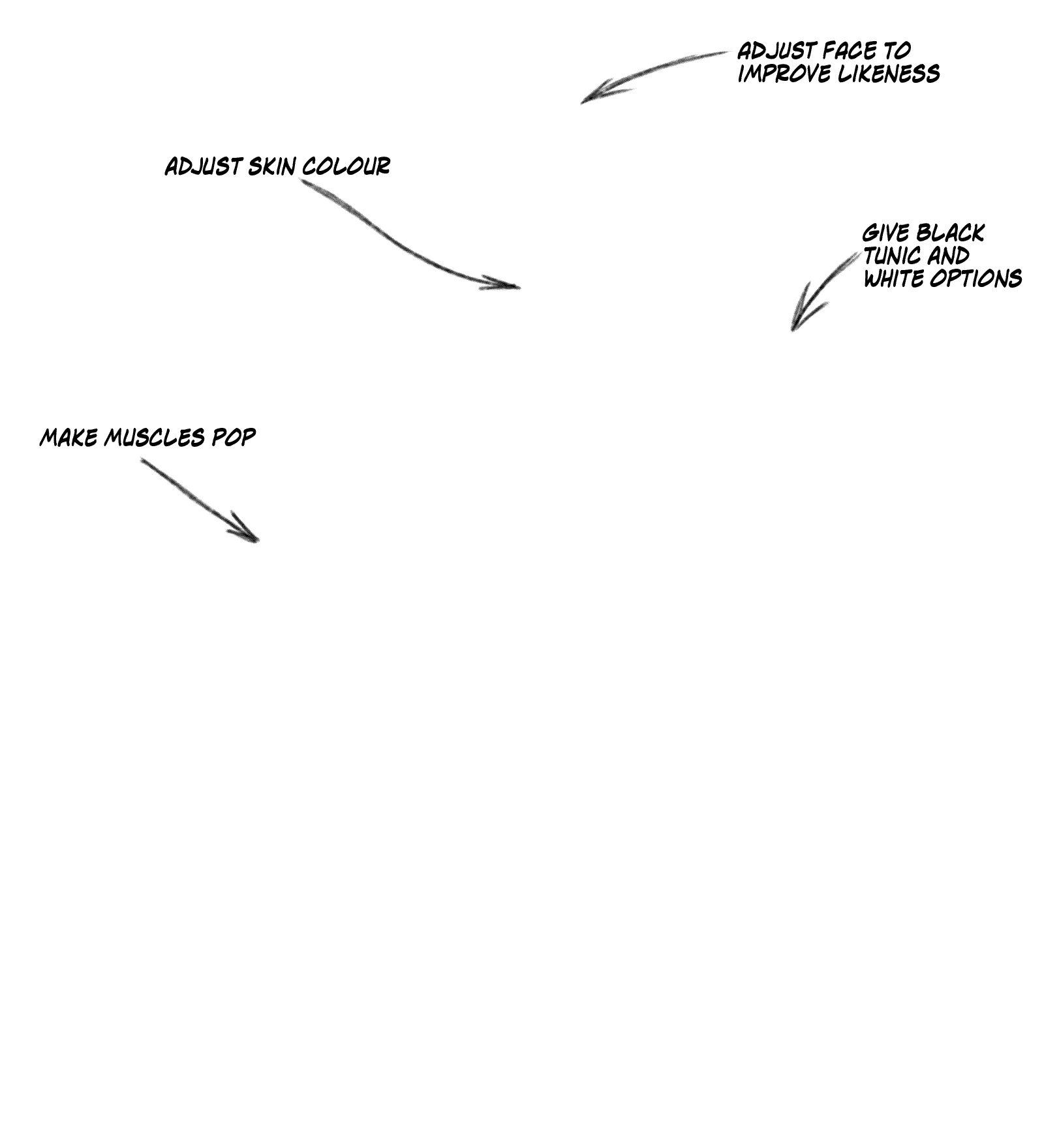