Painted lady: A vintage reveal in a can!

Another commission from Fiverr Pro, with an interesting twist. The client requested an illustrative homage to a vintage calendar girl type artwork, with a nude as a focus, seated on a can. This was requested based on a reference to a well-known 70s illustration, which was only used as reference to the concept. The client wanted to replace the can with a version of their product; paint can.

This piece was to signal my first ever nude after 30+ years in the business. I wanted to make a good impression and do a good job, so the pressure was on a little. 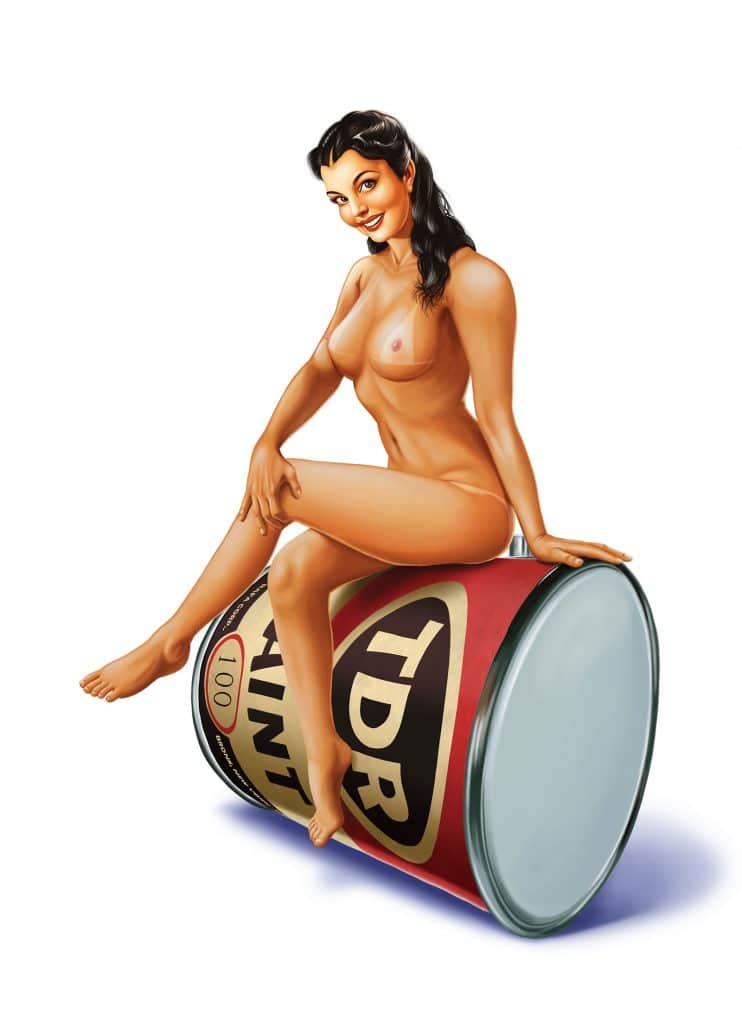 The brief was from a business owner who wanted to highlight their product in a traditional and vintage way. They simply asked for a recognised illustration to be used as a key reference point, and after discussing IP issues in literally copying, we agreed to have me make a different pose and change the angle of the can.

The only points the client really requested was that the girl was tanned with a bikini line and that she was a brunette with long shoulder length hair. the rest of the creative aspects were left to me.

So, to avoid copying the reference I basically did a research schedule looking at different seated nudes. From these 12 or so reference images I patched together a proposed pose and sketched it out. For the can I literally found a free model on SketchUp’s 3dwarehouse and re-oriented it to fit the seated position of the nude. After bring all the elements into Photoshop a completed sketch was formed to make as a render candidate. Once the client was OK with this, the rendering started.

The label of the can was simply wrapped on the form of the can and paint traced on to exact the same livery as the original product, and to give an added touch, an overlay layer was added with a subtle grunge effect, to add vintage quality. The rest of the paint can followed the same paint style as the original. 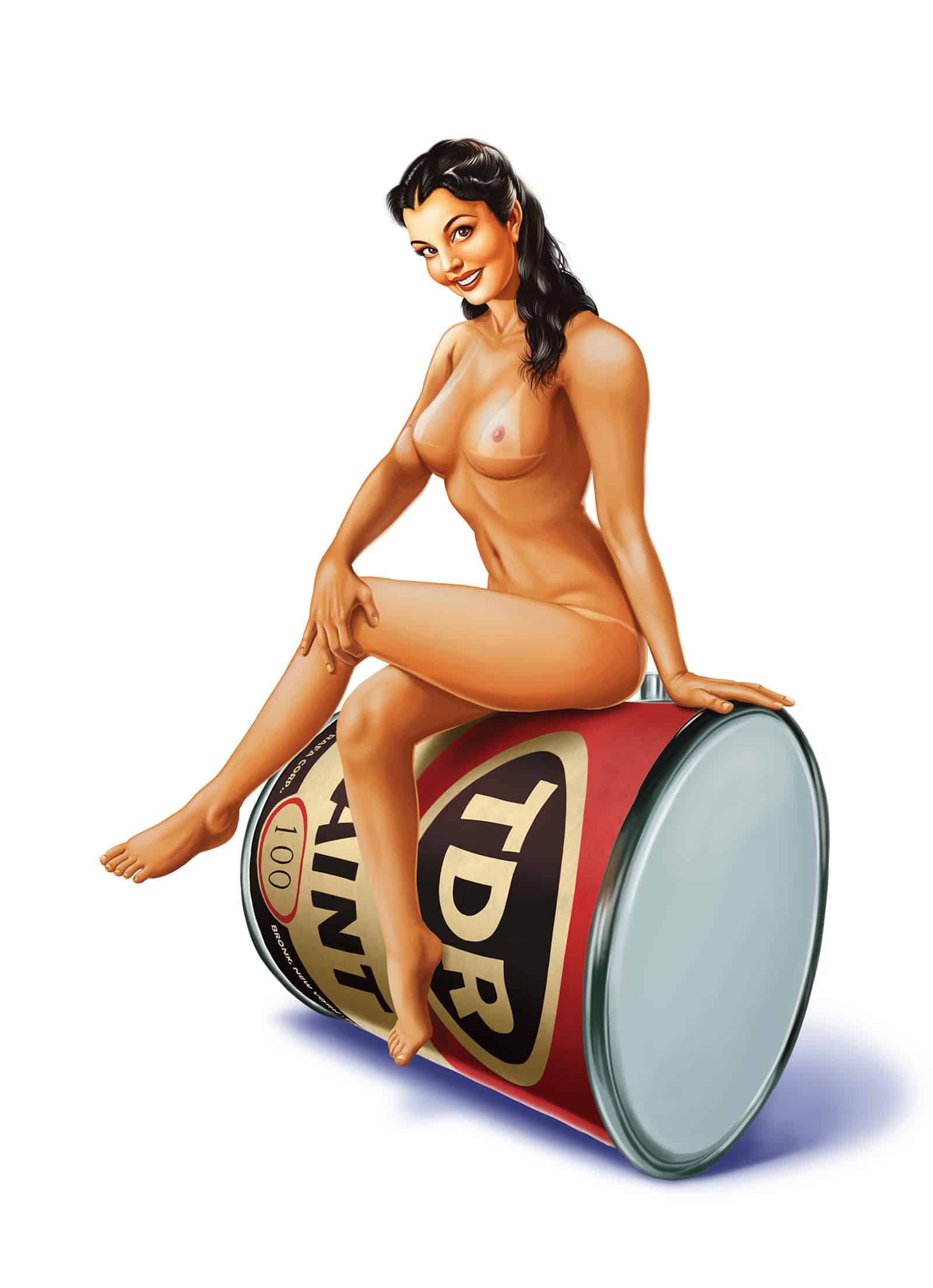 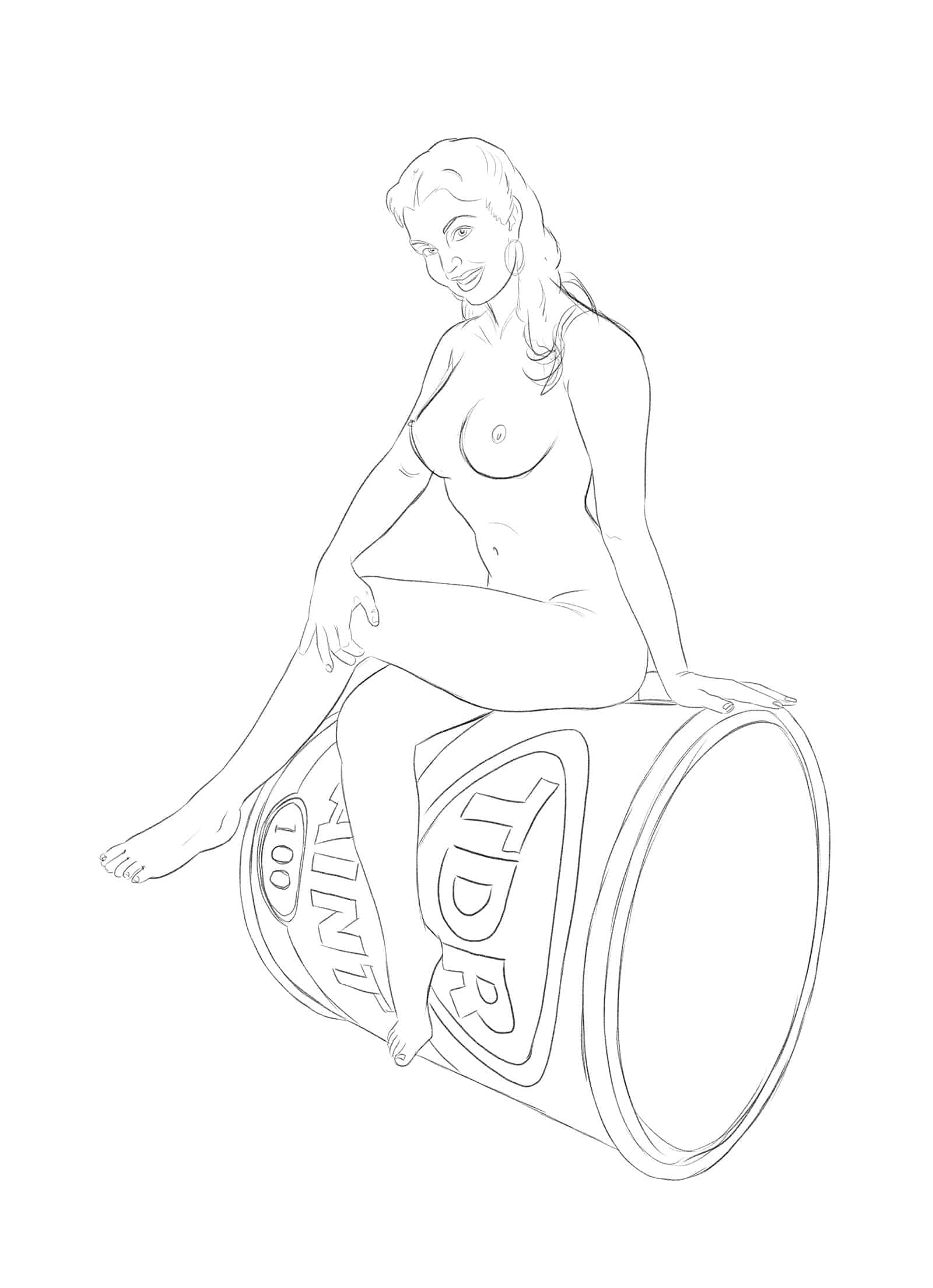