The art of winning at online cards

This year Fiverr Pro has been good to me. I have received some really cool, and challenging commissions. This one was no different. A client contacted me and asked for me to create a victory screen for the online solitaire card game he had. He showed examples of the previous victory screens and wished the new element to be one step up from this. So the challenge was on. 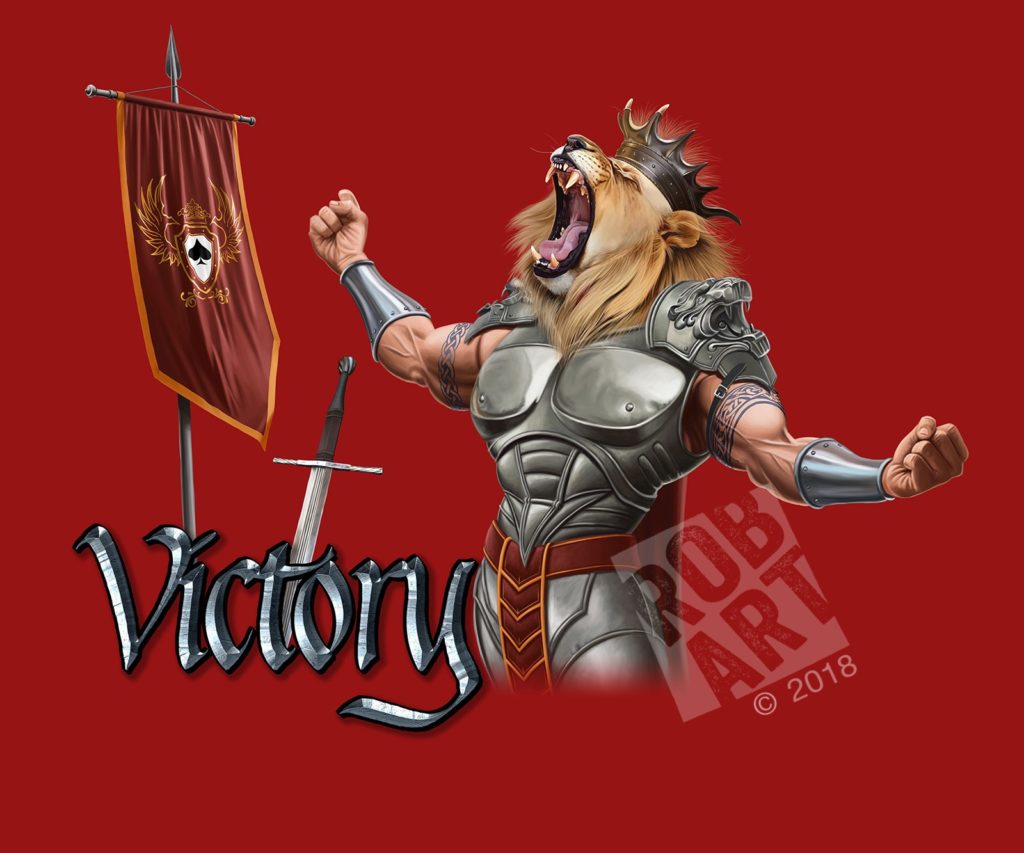 The outline of the brief was probably the most simple of all the briefs I have had in my career; basically ‘Carte Blanche’ on the design. The only real restriction was the obvious ones, of not too much violence, or sexual issues to be built into the design.

The notion of getting a blank slate for a concept design may be quite a good opportunity to many a designer. Personally I can also see the drawbacks in such a briefing. They can create ambiguous aspects when developing the designs and so, after reviewing the previous ones, I made a choice to move toward a medieval aspect, based around the notions of royalty in the three head cards (king, queen and jack). To twist the concept further I decided to take the idea of king a literal more further and fantasise it in the value of ‘king of the jungle’. And make the head of the warrior design a lion head.

The sketch was built out of several reference images that were found online, and the additional aspects of the text and flag detailing were to be constructed using photoshop rendering tricks. During the research I also discovered some fantastic lion head shoulder plates that made the armour stand out a little and reflect the roar of victory the lion proclaimed.