Driven to a new level

At the start of the summer I was approached by a Greek advertising company to do four caricature illustrations with character sitting in rental cars. The aim of the illustrations was to ad them to a video based animation, to promote the new leasing service LeasePlan company offered.

My task was to do the artworks and make sure that certain elements were on separate layers to aid in the development of the video aspect. the advertising company threw a curve ball on the deadline and I had a lot of work to do in a short time. On my part I think the illustrations turned out well, and it was a quite enjoyable project overall.

This was the first illustration completed, with the dog having some alterations on the size of the ears, nose and eyes. But overall, it was as sketched. See sketched version below.

The outline of the brief was a simple, to create four illustrations that could be utilised in an advertising campaign for LeasePlan auto services. The idea that these illustrations would then be manipulated in an animated capacity so that it would give a little life to the video adverts. Some way into the commission several elements were changed and altered, but overall the illustrations stayed much the same. What you see on the page are the illustrations delivered to the clients in the first round, before alteration (which I believe to be better). Notes of the changes appear below.

The concept was simple, there were to be four illustrations that depicted four characters, that the creative directors believed to hold values of not having earthly possessions. These included: a dog, a baby, a Tibetan monk and a caveman. The notion was that if you had no ties to hold you to costly items like a car payment then your life would be happier. So, leasing a car was a happier choice than buying.

Some research was done in all the four areas of concern, and it was decided to sketch the characters as seen in the rough sketches below. The cars were rendered from images provided by the advertising company. Certain parts of their features had to be able to be manipulated in the future animation, and so were placed on different layers. Like the tongue, ears of the dog and the wheels of the car.

The client changed the look and feel of two of the characters, wanting them to be more cartoon like. As my style didn’t allow that, it was compromised to the changes seen below. Then a complete redraw of the Tibetan monk was called for, due to Dalai Lama similarities (later to be used of redraw, for some reason). All illustrations were delivered in PSD format to allow the animation to occur. 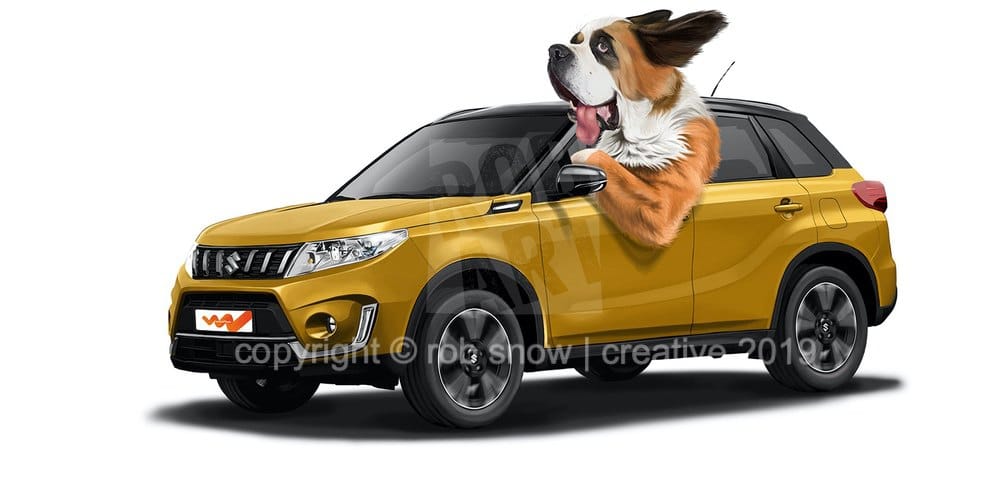 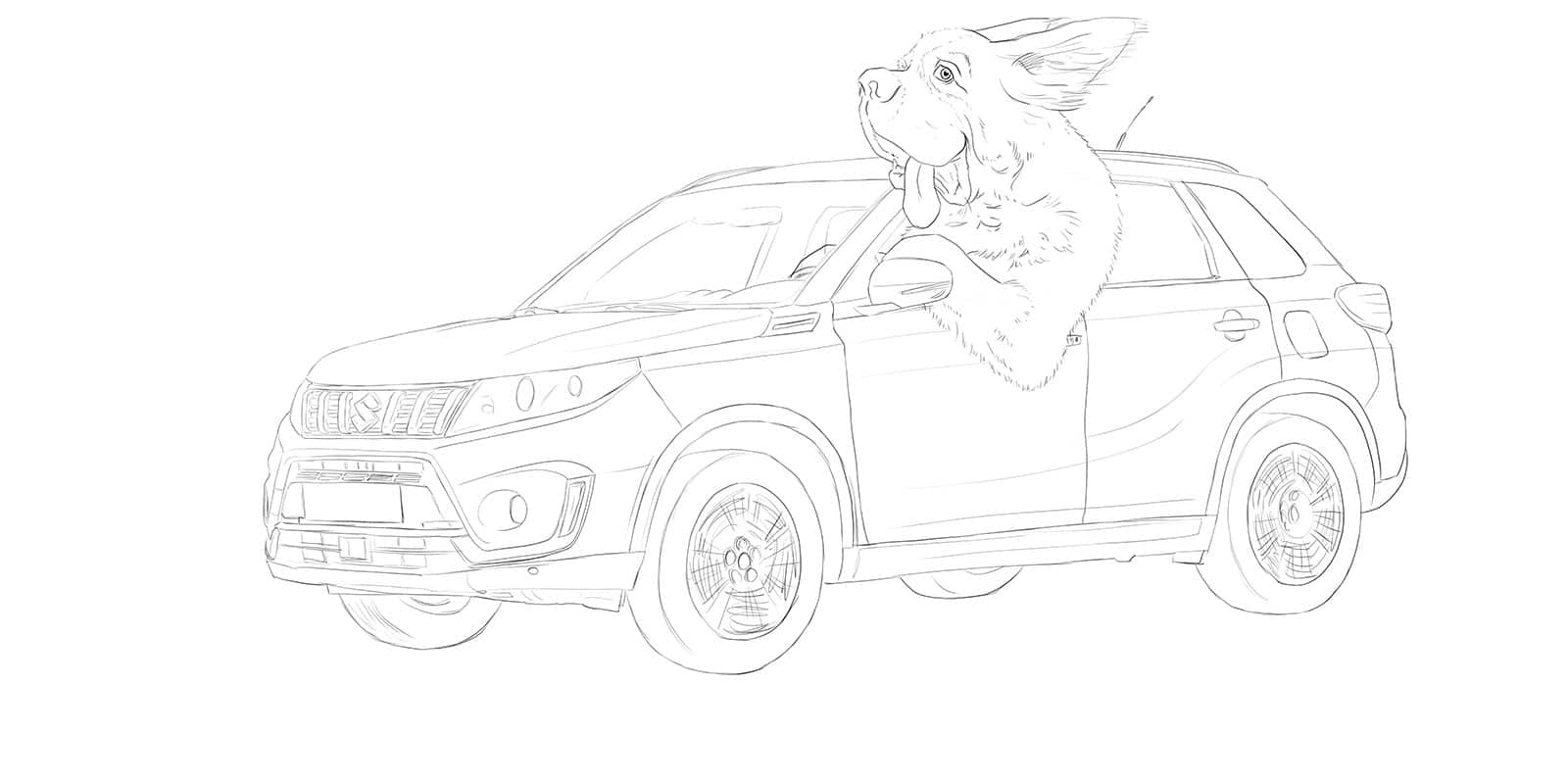 The following images below show the final baby image, the modified monk image (unused) and the final caveman image. 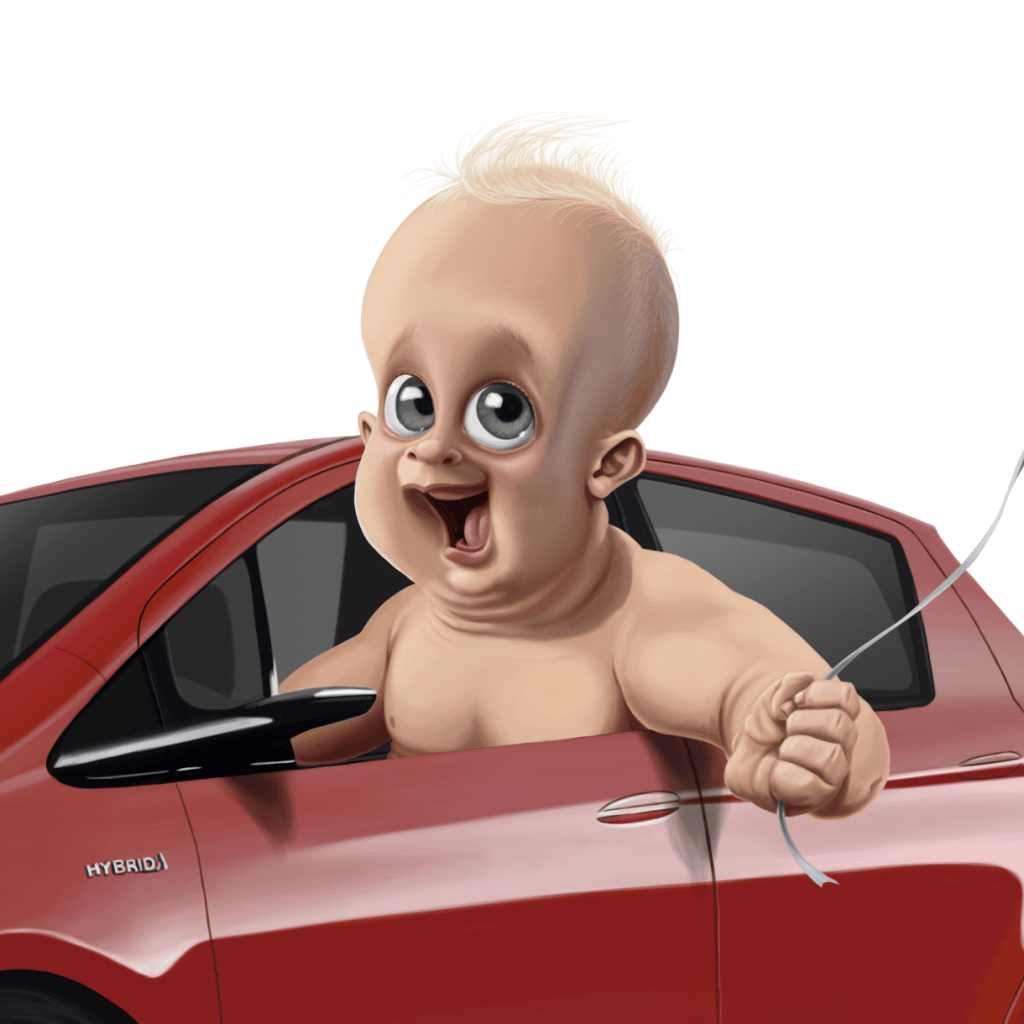 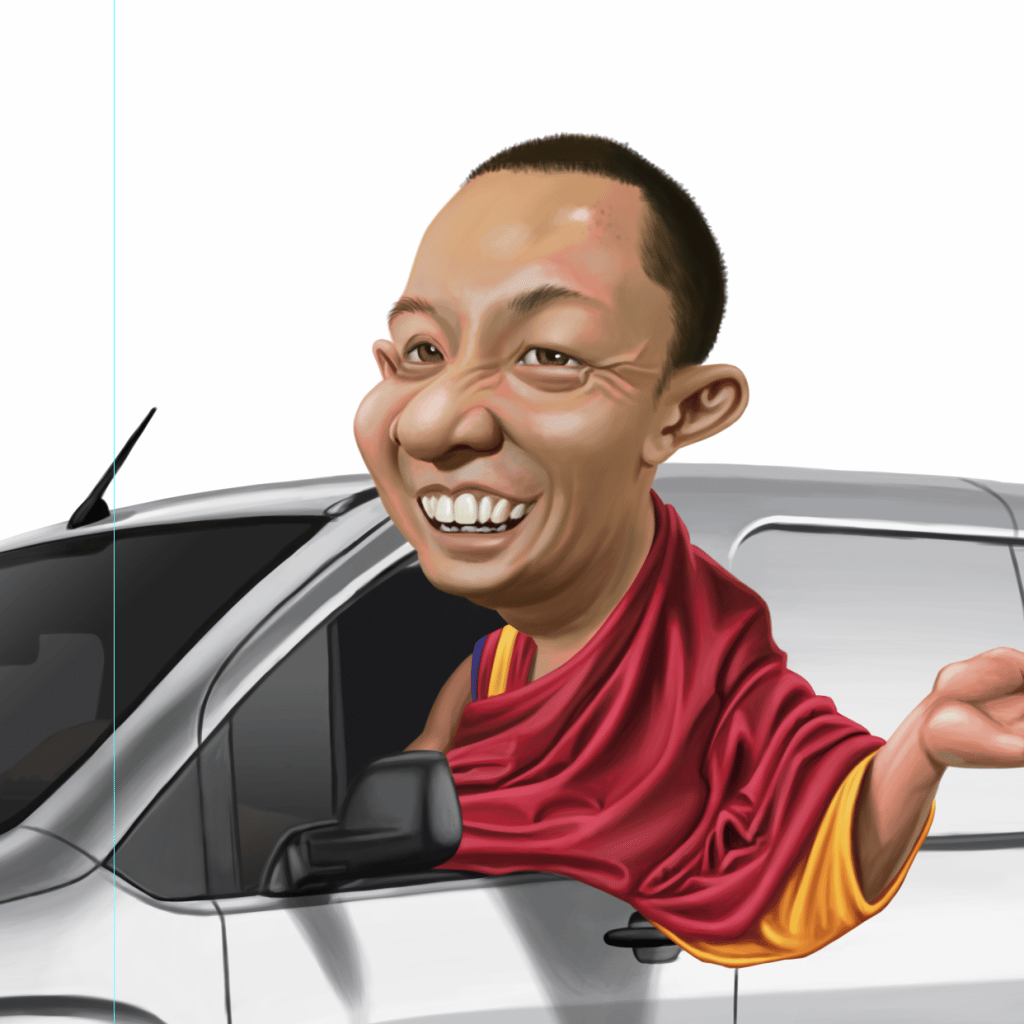 Three of the final videos used in the advertising campaign. They show alterations via video editing to give the idea of animation, which was included in the design process of the illustration