A Die-Cut above the rest!

Rob Art was initially contacted via the Fiverr Pro account to do a set of satirical caricatures of the current president of the United States. The conversation moved away from that platform due to the site guidelines.

So, as part of the development of a POTUS satirical novelty collector’s item, realised as a set of paper cut outs that form a figure and outfits, a client requested that the caricatures were achieved by Rob Art in the very distinctive style.

The first part of the process was to create the iconic look and feel in the goofy smiley face he has. This was achieved as a semi-naked figure, wearing underwear, so that costumes could be placed over the top to create several looks, based on some of the controversial things he has said. To compliment these sayings, a set of costumes had to be designed and rendered to stereotype the expressions he said.

The cut-out dolls will be available via PaperTrollz.com, as well as being distributed to notable people and figures.

The outline of the brief, set by PaperTrollz, started off relatively simple and then expanded, to create a set of twelve caricature illustration based on a single full body form, plus eleven overlay costume pop-out pieces. Originally the artwork was wholly mean to be based on a negative view of how the President uses his TWEETS to incite division, but later the project was extended to include a Left and Right view aspect. The project after a couple of weeks was growing to have my services design the logo, do video work on the logo and the caricatures, and even develop some of the concepts. 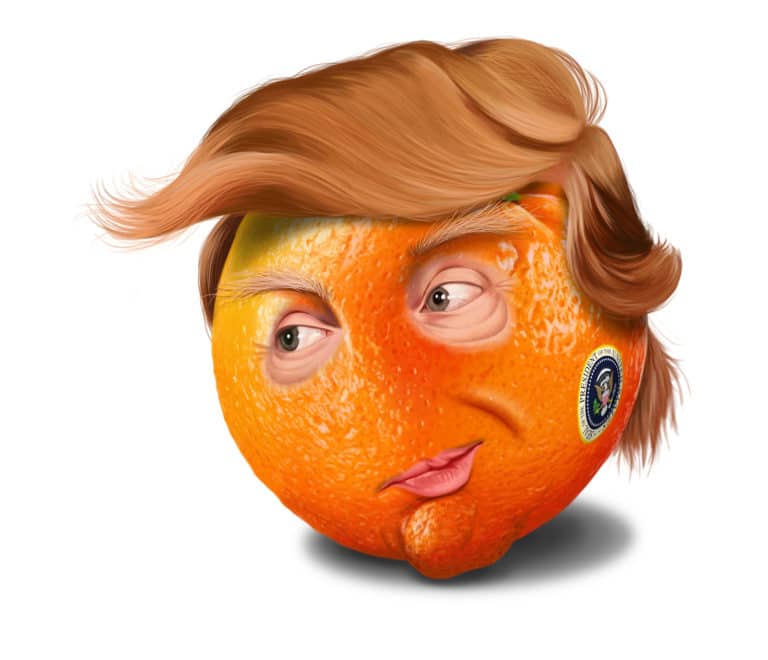 The concept was basic, as it was based on the given photographs of the President, but needed to have a comical look, but at the same time hold some kind of distain. This tends to be done on paper using my trusted 3B pencil, using the screen as a reference.

The artwork was developed in such a way that the elements all aligned accurately and had a die-cut cutting line matched so that all the elements would fit perfectly.

The complications involved in the development were huge in some aspects. The design of the caricature had to be flat, but look dimensional and good at the same time. All the costumes had to fit in the template area of the main figure, without any additional elements sticking out from behind. The designs had to incorporate many in jokes and aspects of things that have been said, which needed a lot of consideration. 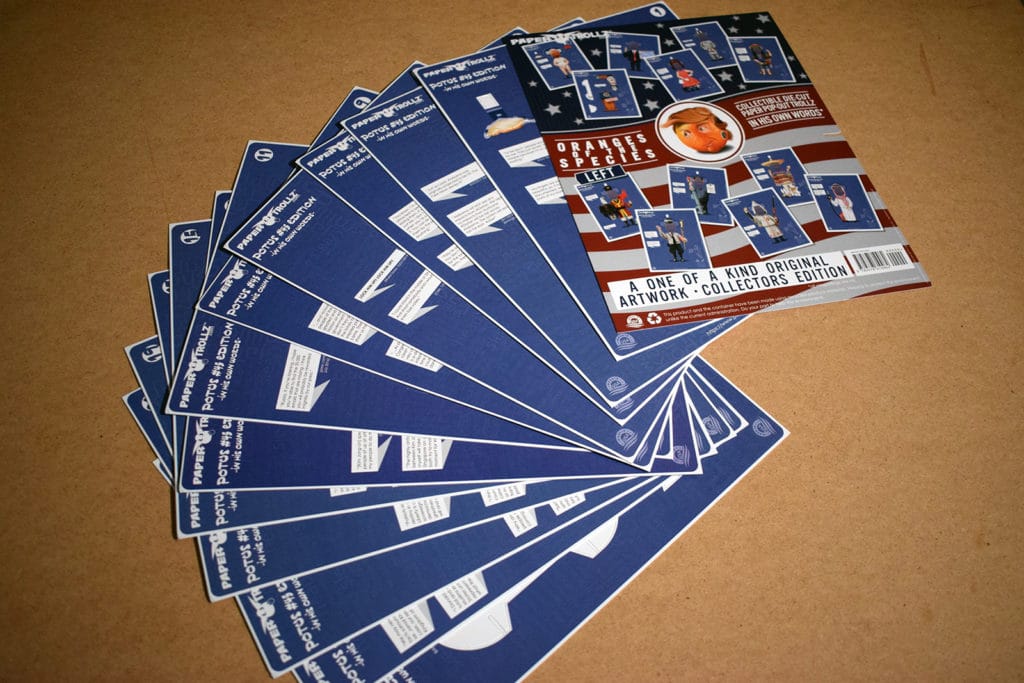 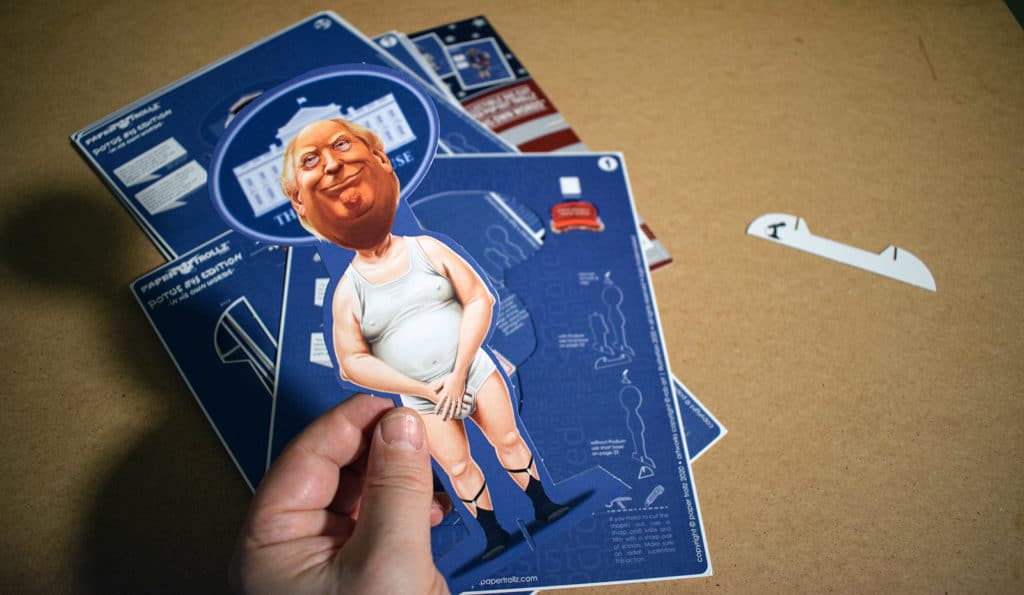 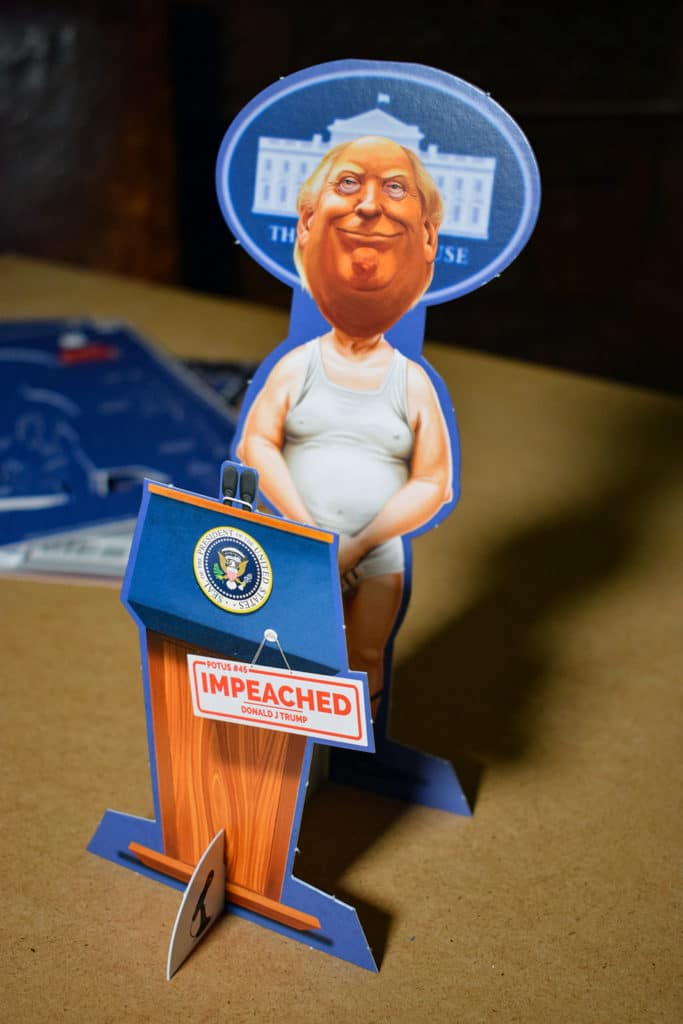 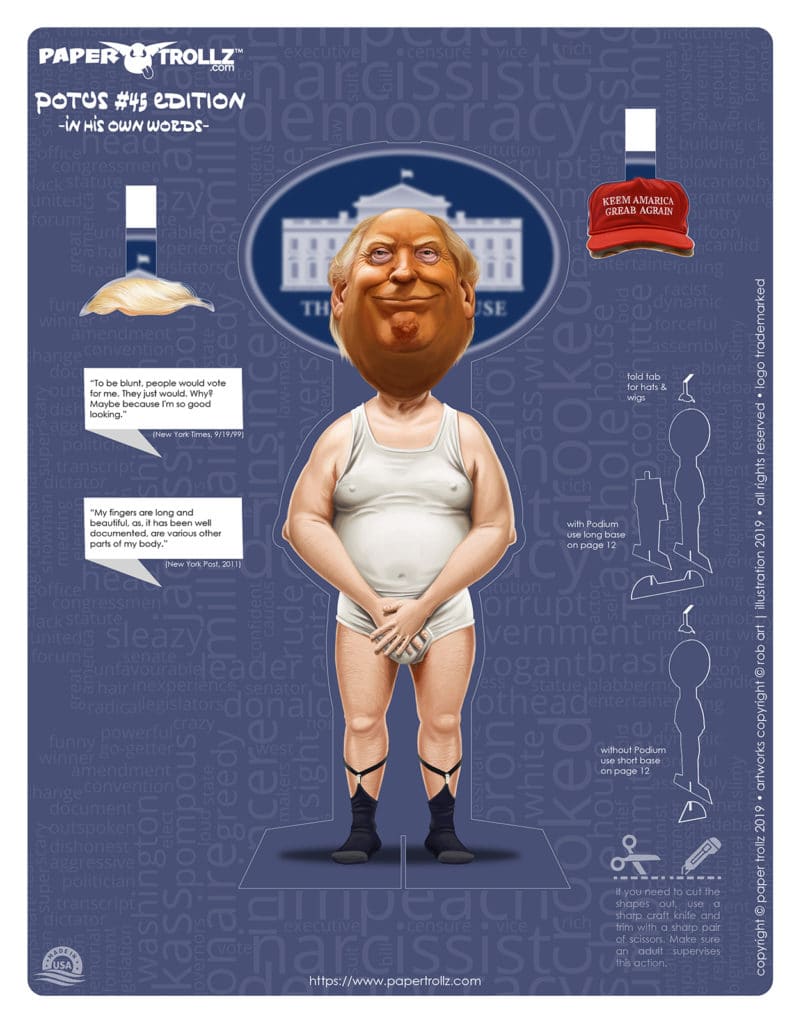 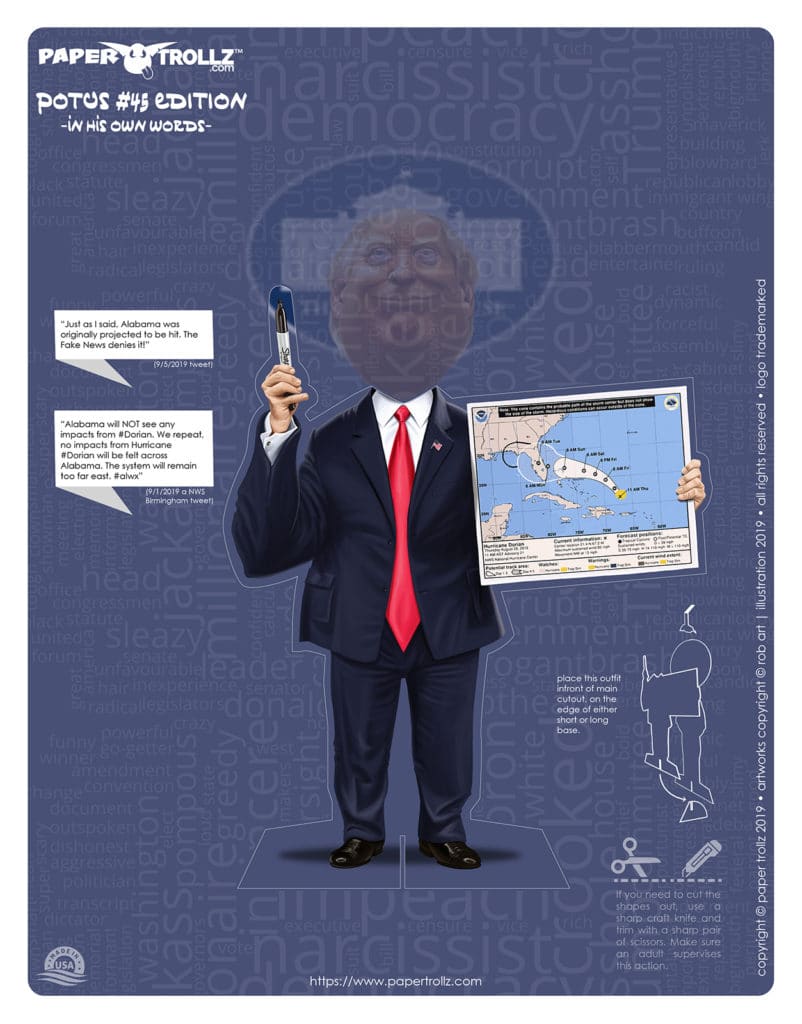 I would appreciate the follows, as in the near future I will be doing new tutorials as well as uploading many time-lapse pieces of my works.