In late 2015 the American based gymnasium, “The Gym” approached me extend the design of their previous two logos. Their initial usage was for web based training, but recently they moved on the idea of setting up a gym and needed a logo that combined the two previous forms; male and female. So, the development began.
As the design aspect was created from the previous concepts: that of Victorian circus performers in weight-lifter style, the redevelopment simply had to develop a new variation that combined the man and woman in a signage type logo. After some research it was decided to make them simple, but design so that the man and woman reflected at least one arm in their movements. 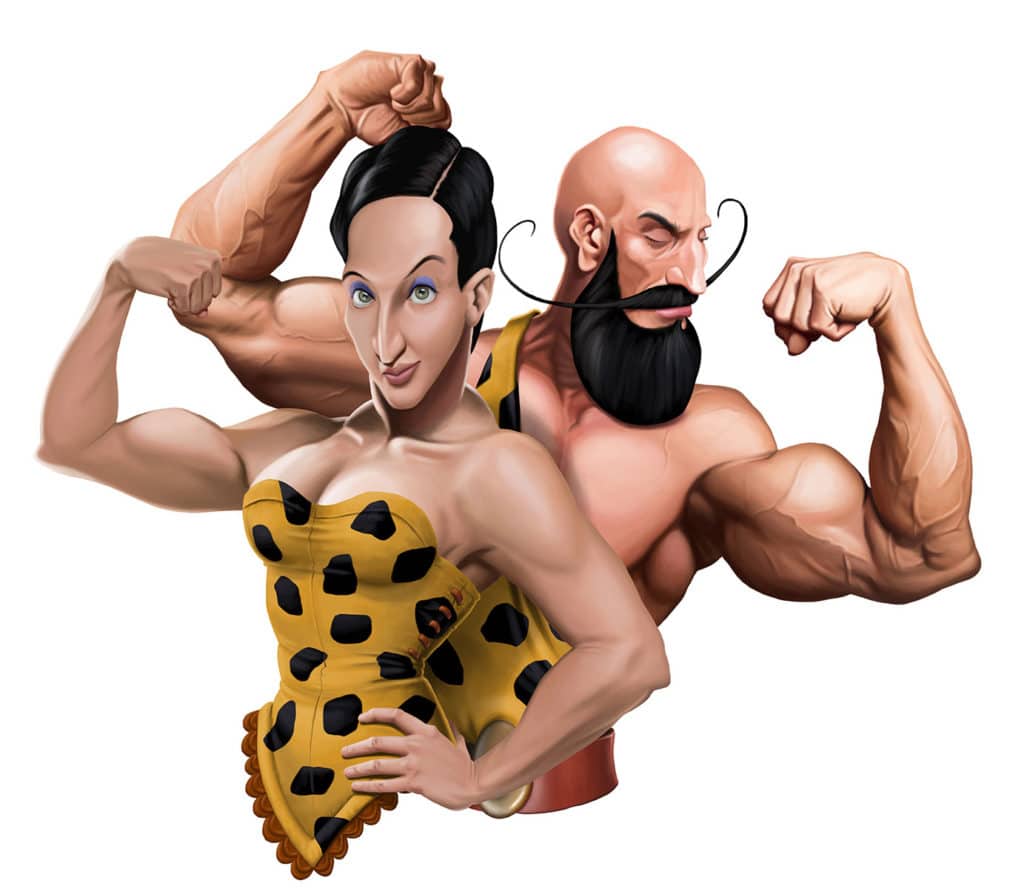 Apposed to the previous version, more attention to detail was made in the anatomical correctness of the muscles and bodies. This is the illustration of the final logo, there is also available a vector version, which is the form used by the client in their marketing work.