Looking at money a different way!

A Swiss financial organisation approached me at my regular trading post of Fiverr Pro. their request was to do a detailed illustration of a classic visual euphemism of the stock market; the bear and the bull. they required the artwork be warm, inviting and show the two creatures seated at a fire place discussing money over a drink. The challenge was on! 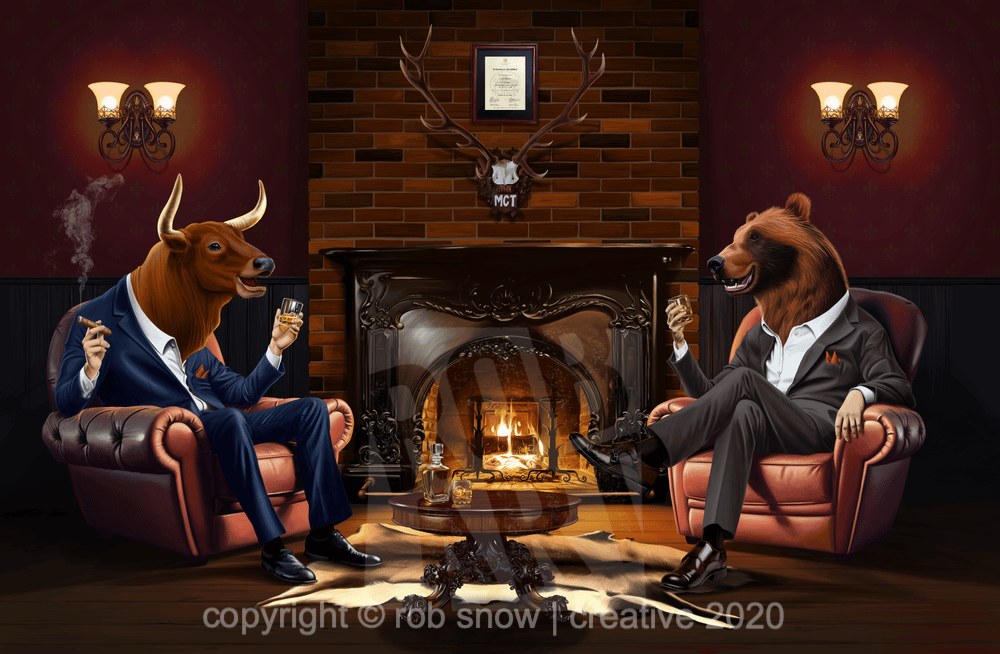 The outline was clear and precisely laid out by the client, with a detailed document stating their preferences to all the items and objects they would like to see in the artwork. The main point was to have the feeling the animals were businessmen going to the gentlemen’s club after a hard day at the stock exchange, and having a small drink as friends. It was important that this warm and friendly feel was given.

The concept was based on the two animals sitting in front of a log fire and drinking. I suggested to the client that instead of totally symmetrical, the image should have one of the animals slightly titled at a different angle. The image below shows the three main steps I take. The “construction” rough, the render candidate and the render artwork.

The sketch was sent to the client and necessary adjustments were made, based on the client feedback. The image below shows the evolution the sketch went through from start to finish.

Once the sketch had been successfully accepted by the client it was scanned into Photoshop and the rendering stage took part. Typically I start with the foreground characters to get the look and feel right of their character and pose and gestures, as well as expression. But as this image was heavily centred around the mood of the room, I thought it wise to render out the background and get the lighting and tones correct before attempting to add the animals into the mix. 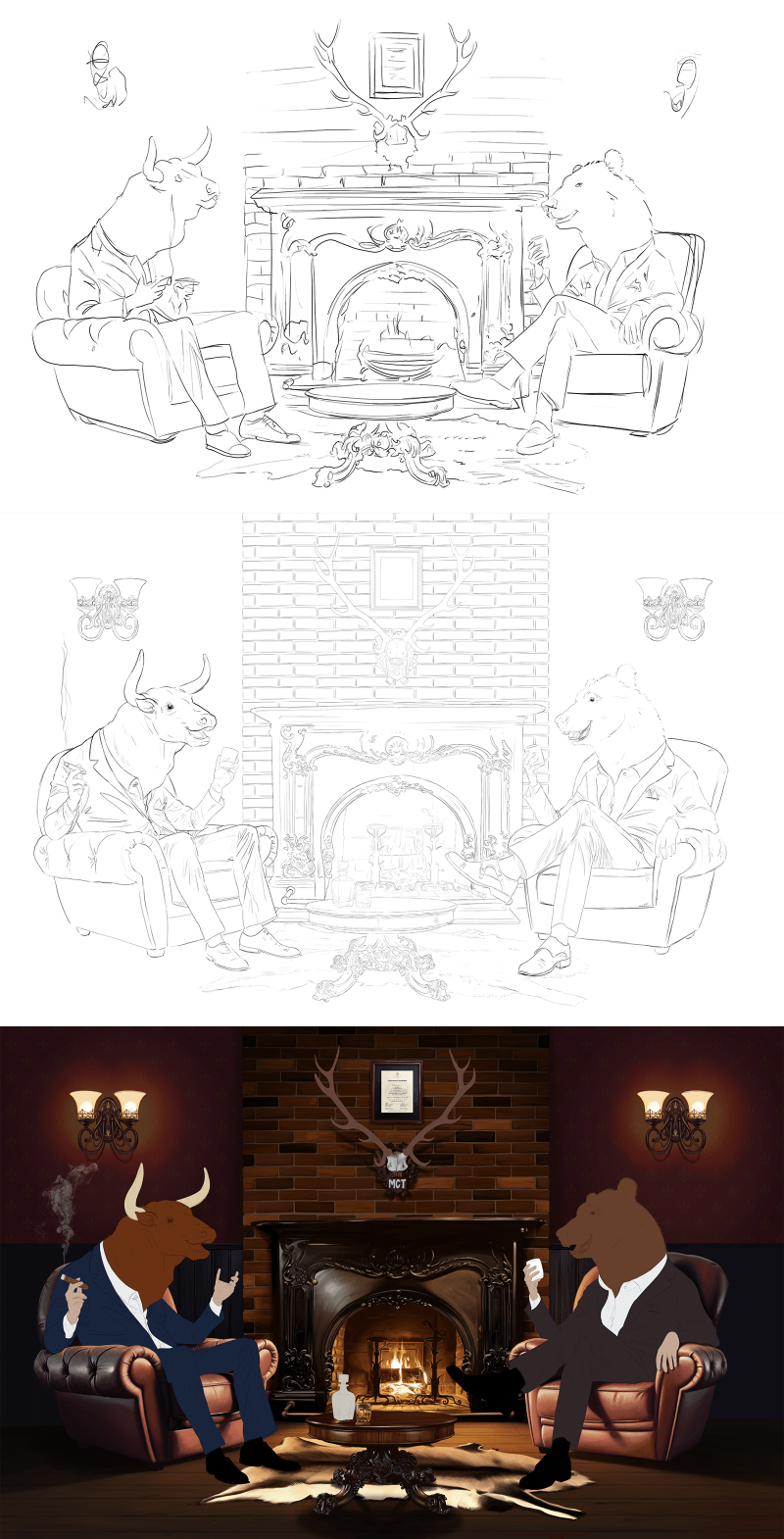 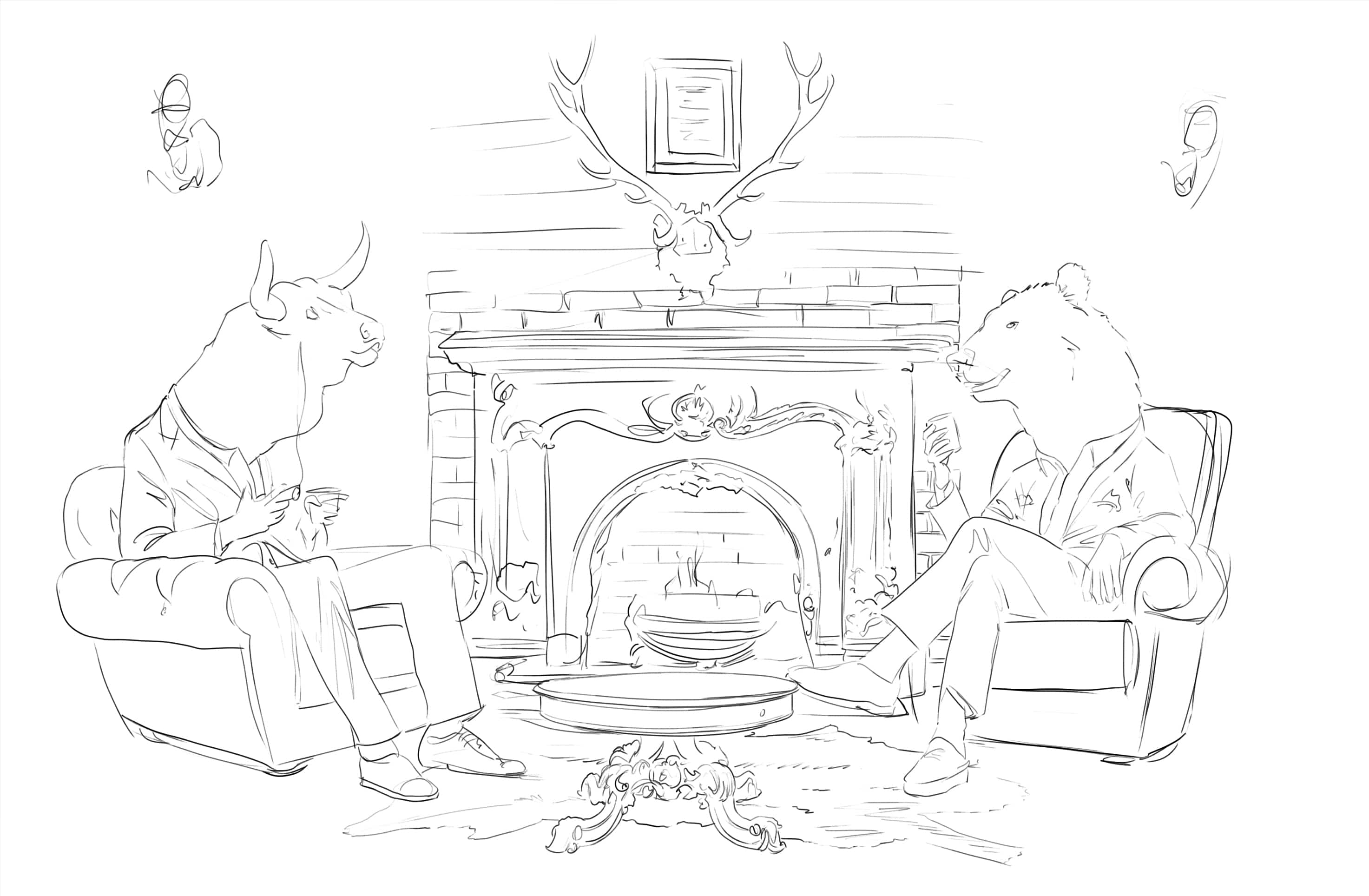