Make a place in the cobbled streets

Earlier in March 2022 I received an email from a realtor in the USA who was disappointed with work done on Fiverr, and asked if I could do a better job in creating two pieces of caricature illustration for his company. I said it was possible and received the brief. This is the first of the two illustrations. This one was to include the male member of the team alone in a colonial street, in a pose that would sell their service. I suggested this image in a rough and he loved it. 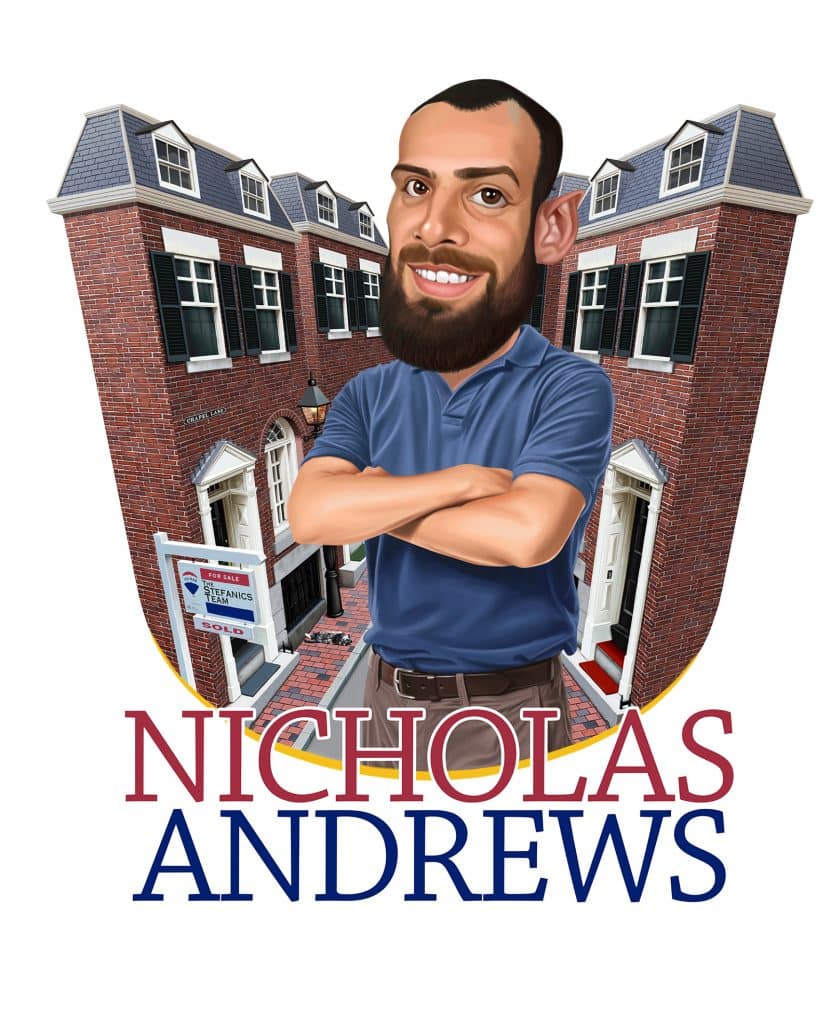 The brief mainly involved having the main team member in the image. The composition and theme was left to me, but must include some aspect of the famous Boston Colonial Street; Acorn Street. As long as the caricatures were OK and represented the people then ideas were open. After the first drafts of the concept the client stated that he required cross-armed.

The concept wen through several changes as the client left it open to me and after delivering the roughs changes were made. Namely, the initial sketch had the male in a blazer jacket and this was requested changing, along with the arm reaching out to give a hand shake. Where cross-arms and polo shirt were favourite over the former.
Also the background was slightly different and it was requested that the form was not flat roofed but slated instead.

During the rendering there were a few changes as well. One was a request from the client the reduce the beard size and increase the hairline a little. The second change was that I noticed the perspective on the houses was really off, so I ended up building the house in SketchUp in order to get the correct angles and the sketched over the 3D render to place it in the artwork.

Finally I added a cat to the scene to give it a more homely feel. 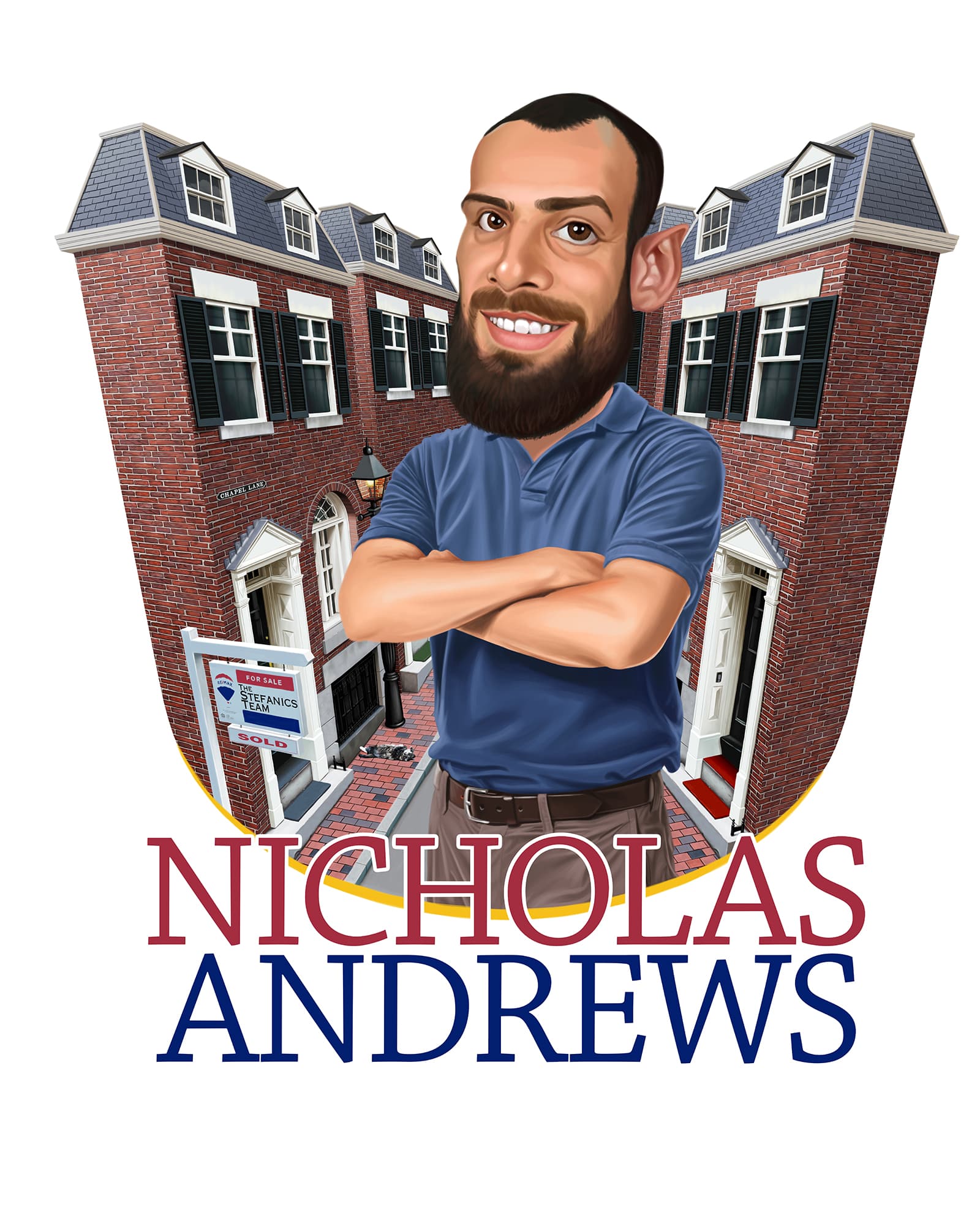 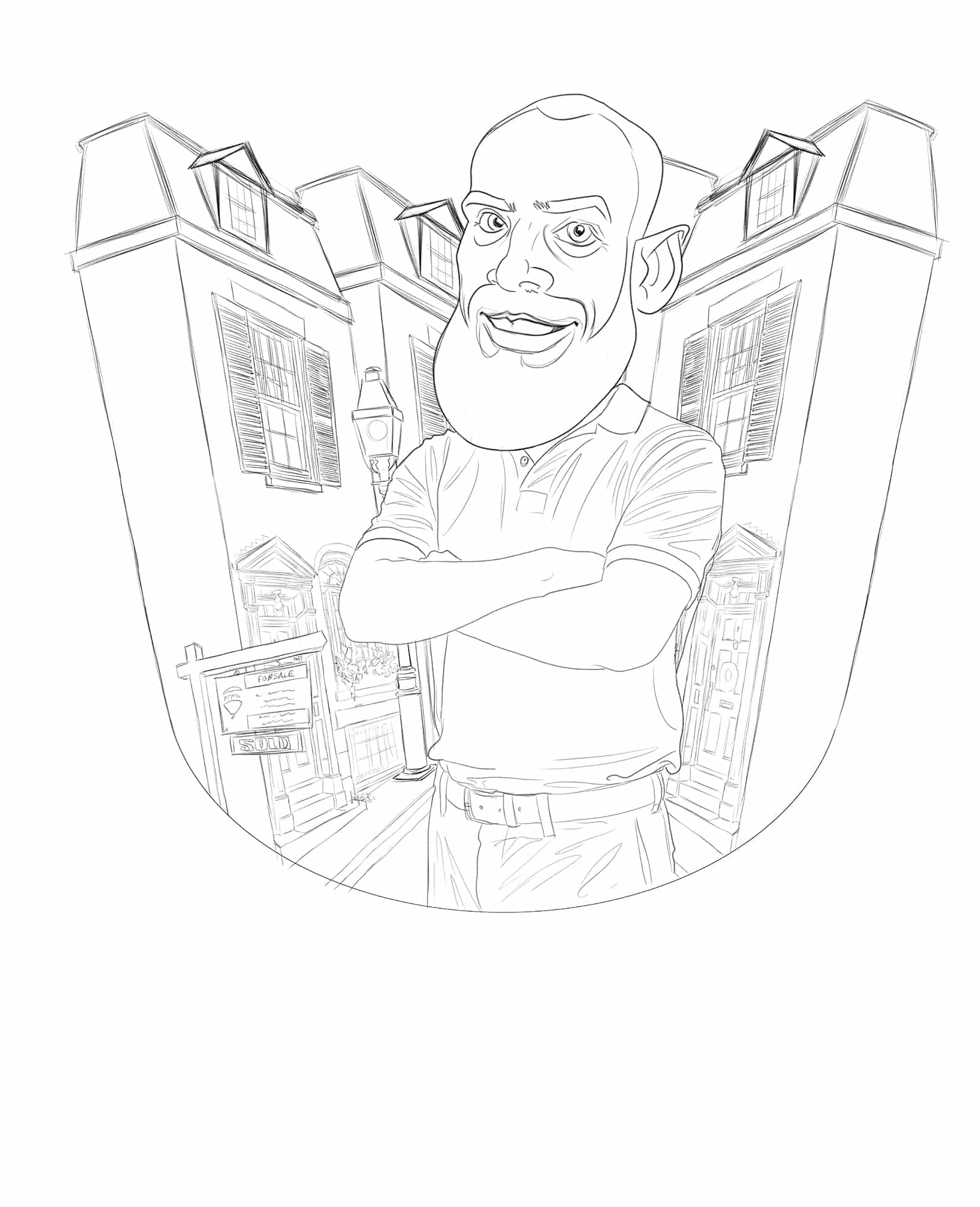