Rocking the faces of Rushmore

As I started the Patreon Page I was thinking that I needed to have some set projects to use as guides, examples and sources for time-lapse videos, so based on that I had a clever idea of doing some vintage caricatures, but unlike my series Celebrity Sunday, have them poser. So, the series Celebrity Sunday | Poser was created.

To start off the series a clever idea linking to a news item I saw about the monument in South Dakota, USA inspired me. One of my more popular Vintage caricatures has been Abraham Lincoln, and it crossed my mind, as he is on the monument that the four presidents could be like a band; similar to “The Beatles“, but called “The Rushmores“. I would do a group image as well as individual posed scenes to introduce the characters. Abe would be the first one of these caricatures. 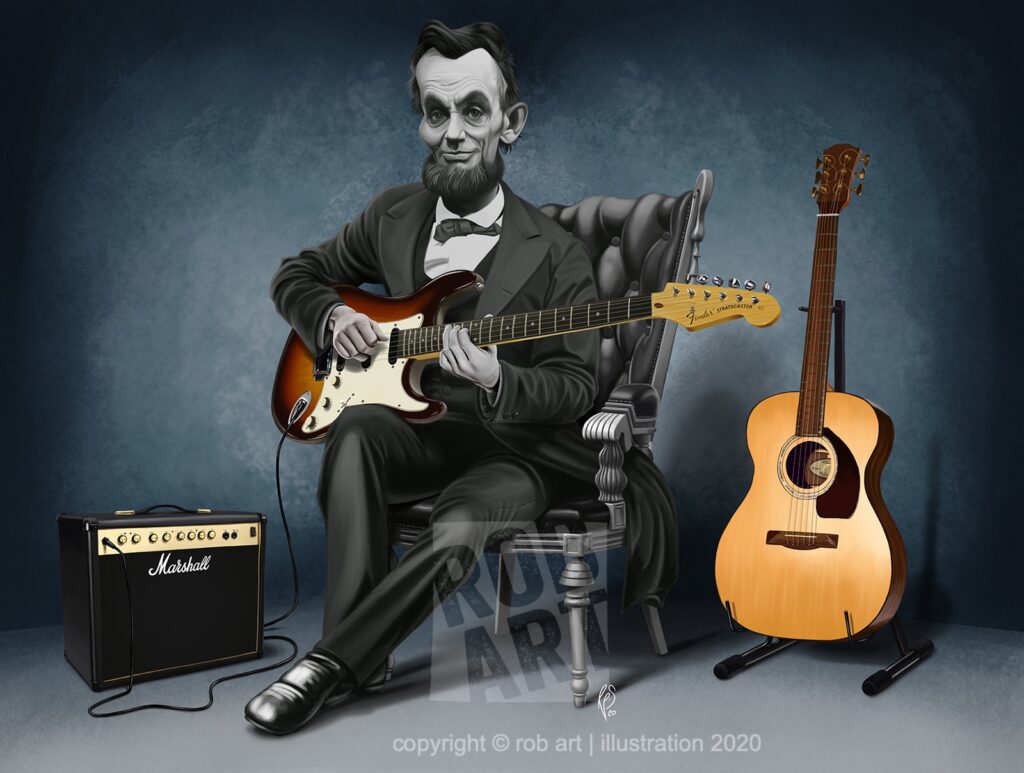 The concept again was born of a clever idea about the four heads of Presidents in the Mount Rushmore monument, and how they could be iconic figure heads of a famous Sixties band, called “The Rushmores“.

The concept was in my head for a while about Abe. I saw him as the John Lennon type, who would be singer and play main guitar. So I saw him seated practicing on a Fender Stratocaster electric guitar, plugged into a small Marshall amplifier.

To make the image pop a little more, I thought to have the same vintage style, but have certain objects actually spotted in colour, to draw contrast. So the idea was set.

The brief again was written by myself, so was simple. To generate the iconic figure of Abraham Lincoln in a casual setting rehearsing the music for his band.

The task was to make it look good and effective. To achieve this some research was made into the items that Lincoln would be around. Luckily I managed to find all the instruments at 3dwarehouse. So I created the entire scene in SketchUp and made a sympathetic angle to the only reference image of Abraham Lincoln sitting in a chair. This was then exported out, so the sketching of all the remaining elements could be done in Photoshop.

For the background I wanted to have the feel of a photographic studio, like the band had turned up for a session for promotional photos. The scene was set for the rendering! 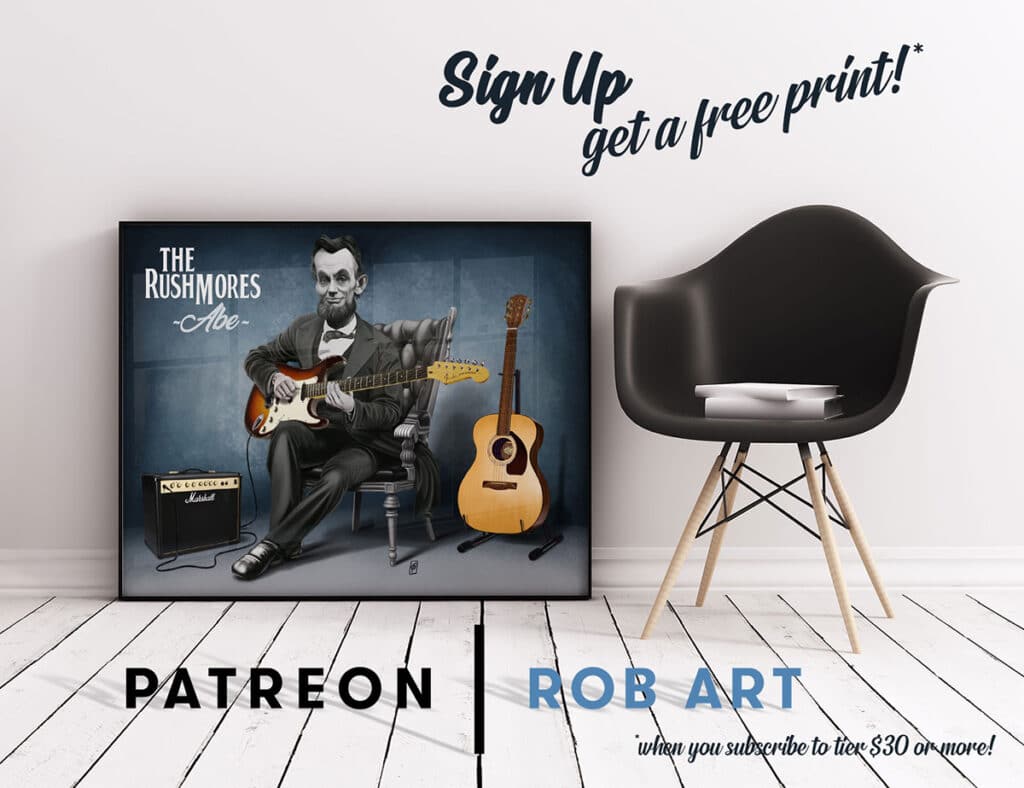 Before and After process 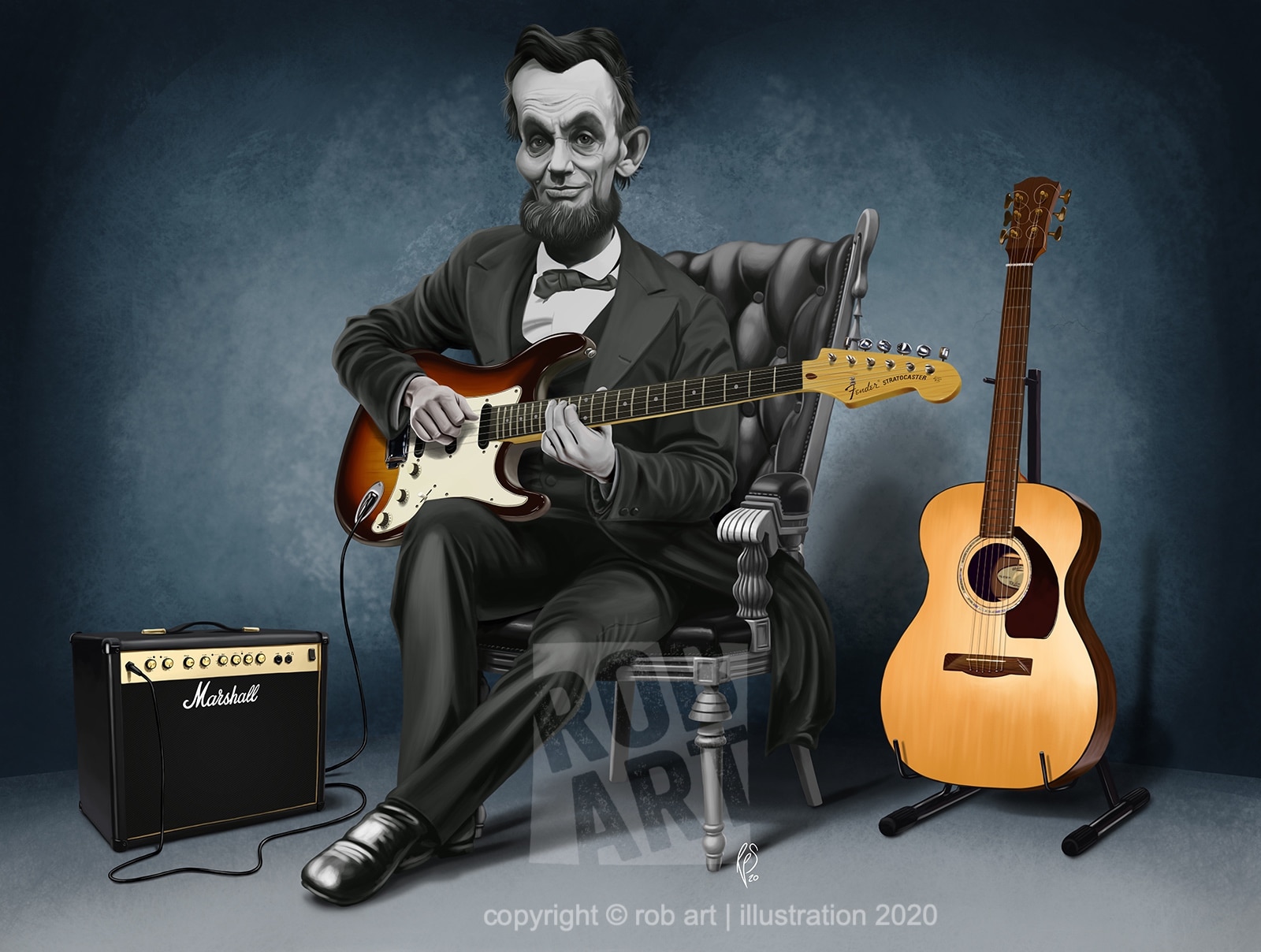 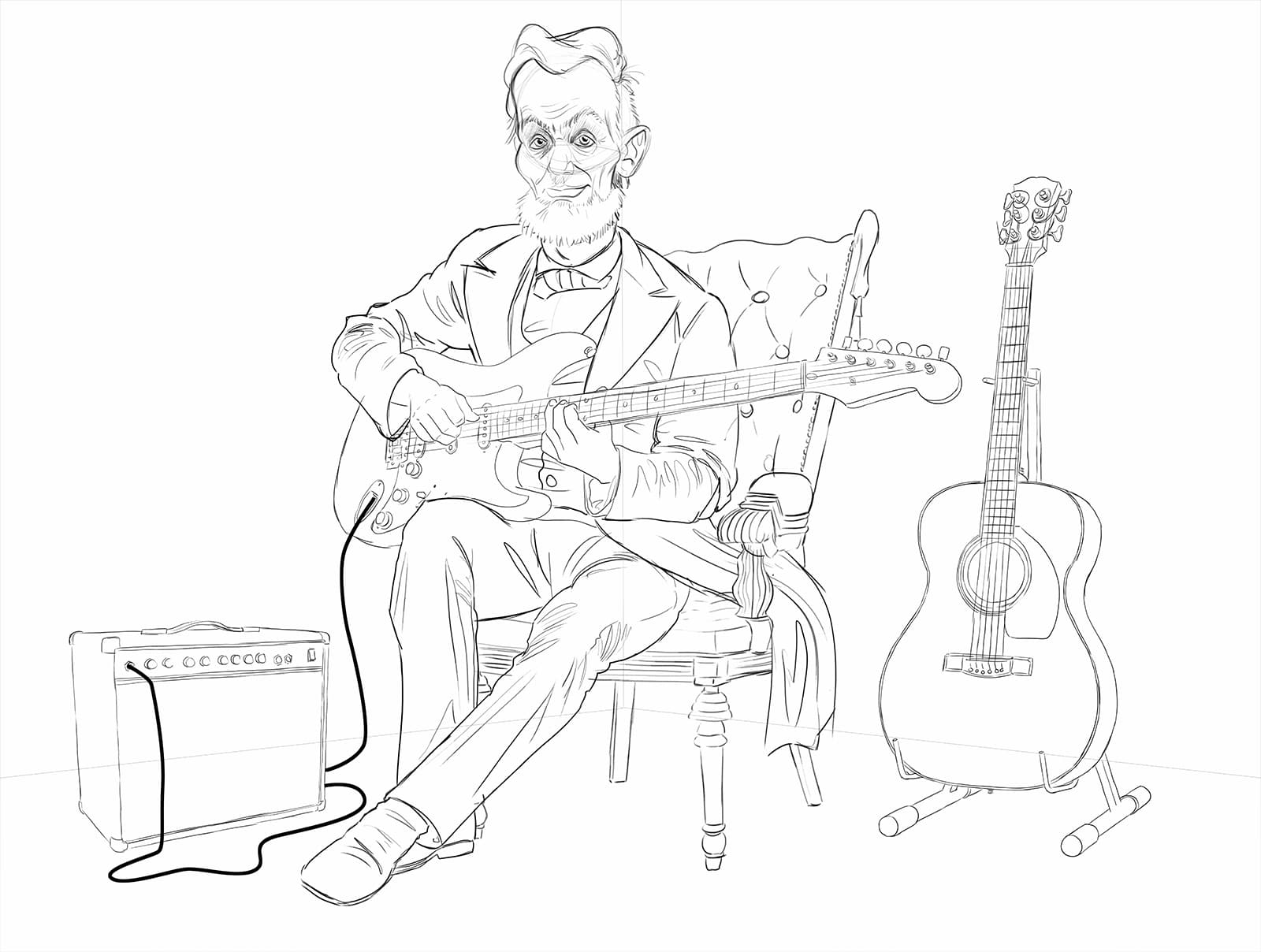