So, Fiverr Pro has thrown up many different projects in the past, and most of them have been enjoyable in the process and creation. Some however, stand out as being a little more delightful and memorable. This can be due to the subject matter or simply the client’s willingness to trust in your creativity. This project was simply a combination of both. The client asked to render out a “Road Trip” type image that would be representative of their parents tours around Australia, in their 4×4 and trailer home. 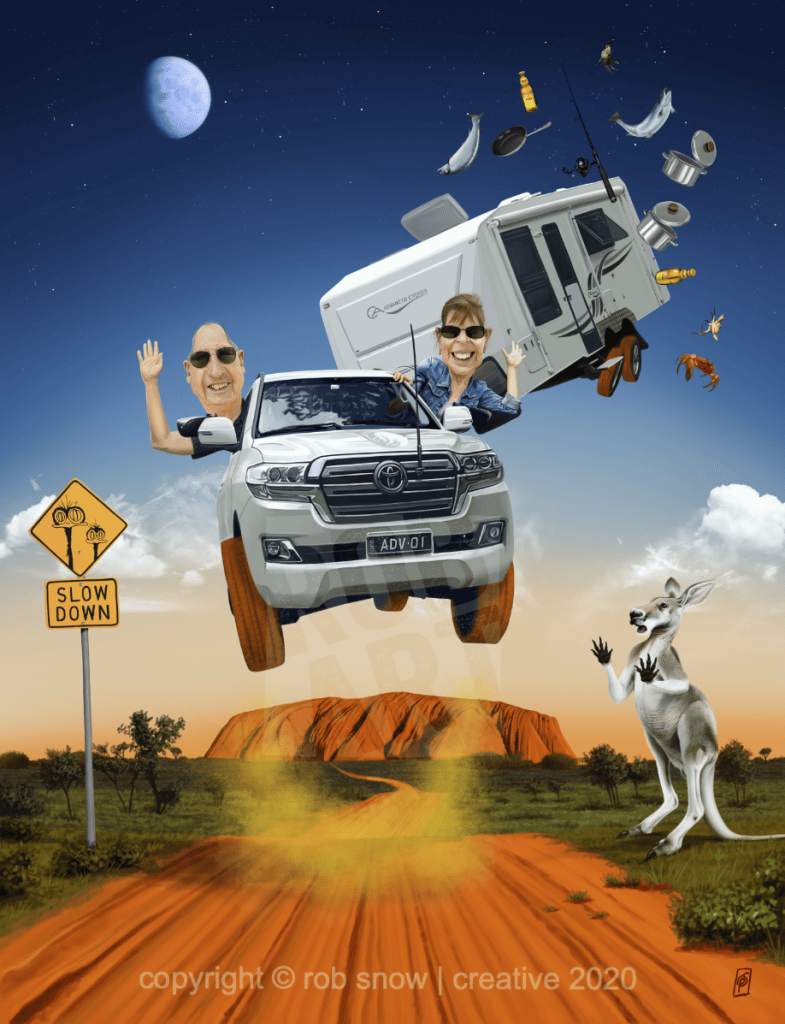 The outline of the brief, set by Dave, was simple. To create a caricature illustration based on the concept of a Toyota 4×4, with trailer home in tow, driving away from Uluru (Ayres Rock) at speed. Some additional details were required, but the concept as basic as that to begin with. There was a reference piece of artwork sent to use as a guide, but was avoided as much as possible to avoid any similarities.

The concept was sort of in reference to an existing concept, so the additional details and embellishments were the distinctive parts to the whole concept. The client was firm to the point that the vehicles had to be exact to the parent’s own models. This was achieved via high res photos and a lucky find on 3dwarehouse of their model of 4×4. This was used to create the more dynamic view of the vehicle in front. A suggestion was made the have the parent’s hanging out of the windows of the car, to give it some life; they were set in place waving*.

In addition to all that, the client requested some additional details like the cartoon emus on the road sign and the debris coming from the trailer. From that a pencil sketch was born, and altered to favour the client’s requirements. From that point it was simply a matter of rendering out, based on provided photos and sourced reference images of any time in the image.

*It should be pointed out that the final delivery was presented in 4 forms. Parents out of car, with sunglasses, parent out of car without sunglasses, Parents in the car and scene without people. 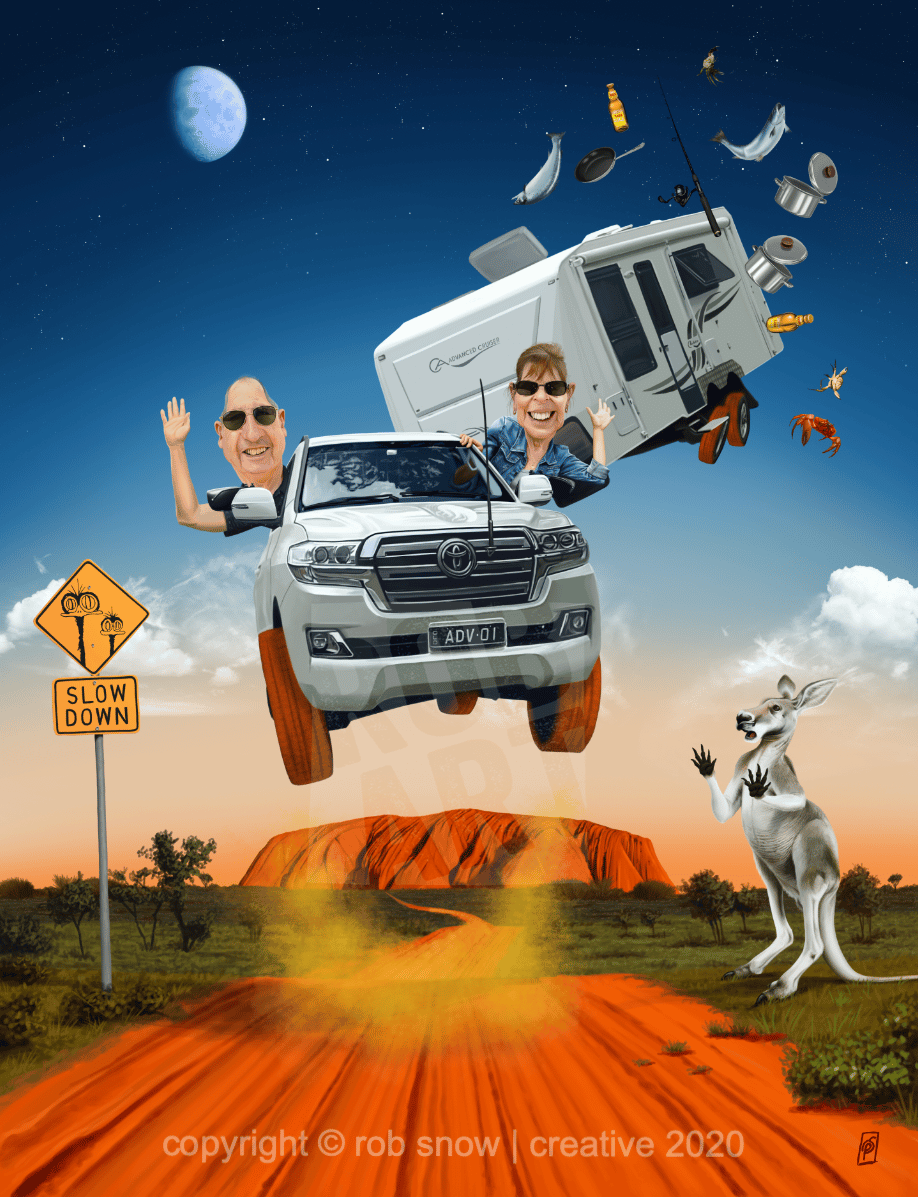 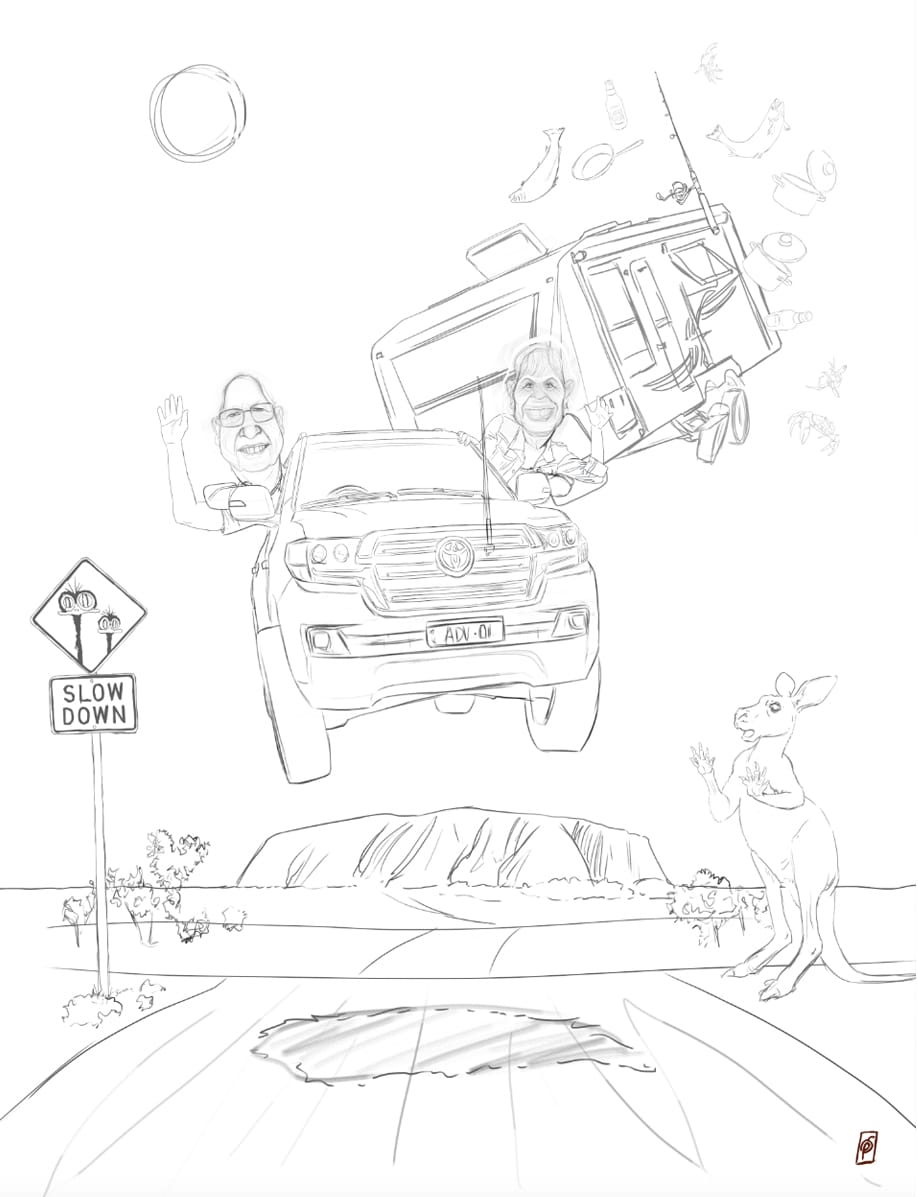