Abe is the man!

Steampunk Lincoln goes for a dog!

Although some interesting projects come along at Fiverr Pro, I also get a lot of commissions outside the service. Some come from existing customers who like my merchandise artwork and request something new or commercial. One such client requested to pose my existing Abraham Lincoln caricature, done for my Celebrity Sunday Vintage caricature series, into an advertising tee shirt design for their Hotdog bistro; at Missing Link. The commission required the caricature to maintain the vintage black and white look and then have coloured segments in the form of a hotdog with mustard, a tankard of beer and the familiar steampunk glasses from the original design. 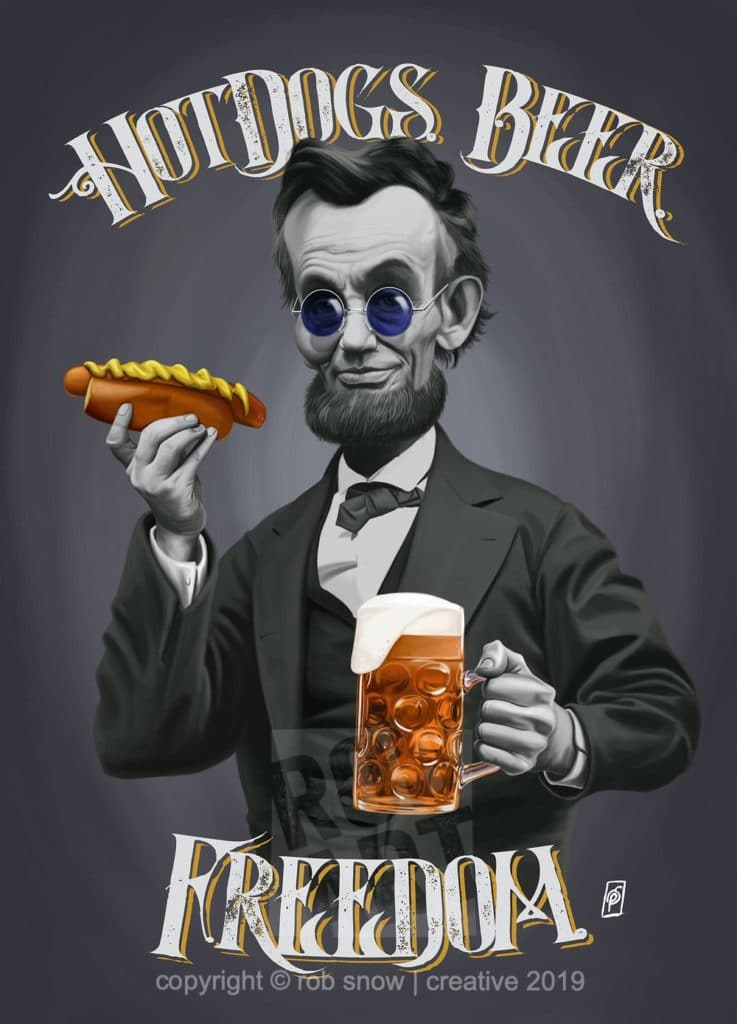 The outline of the brief was a simple, to create caricature of the existing version of my Celebrity Sunday caricature or Abraham Lincoln (wearing the Steampunk glasses), and have him posed holding a hotdog and beer. This would be used as a decal design to be placed on tee shirts for the company; The Missing Link. As you can see below the company already posses several of my canvas prints of vintage personalities, including their favourite Abraham Lincoln.

The concept was simple, Brady at The Missing Link was open as long as the caricature maintained a resemblance to the original caricature and retained the steampunk glasses. After some discussion and my advise that the pose would be better if the caricature was at a three quarter angle, if holding the hotdog. As the concept grew, another request came to have Abe hold a tankard of beer in the opposing hand. All of these elements would be rendered in colour to contrast the black and white of the vintage image of the president. The final request came, that the design should have some appropriate text to compliment the design, and so “Hotdogs. Beers. Freedom.” was added to the design as a top and tail wrap effect in a known steampunk font called ‘Starship‘

The sketch was made after doing a reference drawing from some photos of the man. Along with a few sources images of the necessary other aspects of the pose that the original classic image of Abraham Lincoln didn’t have. Once OK’ed it was placed in Photoshop and rendered out on layers. Everything went according to plan and was a relatively fast render for the complexity of some of the aspects of the work. The only change I really made during the whole painting aspect (which can be seen in the speed render), is I decided to extend his neck some to allow the caricaturists beard to have space. 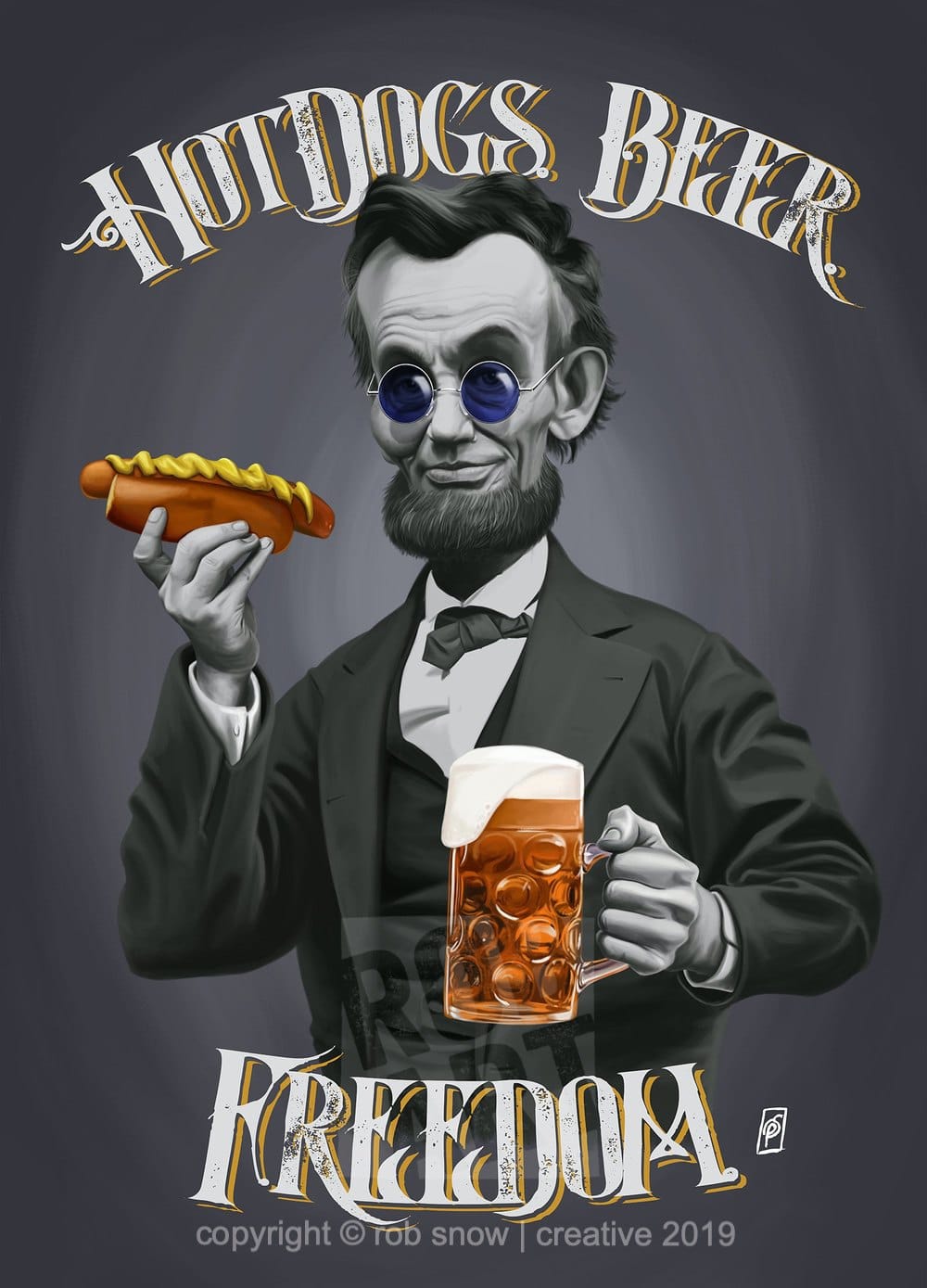 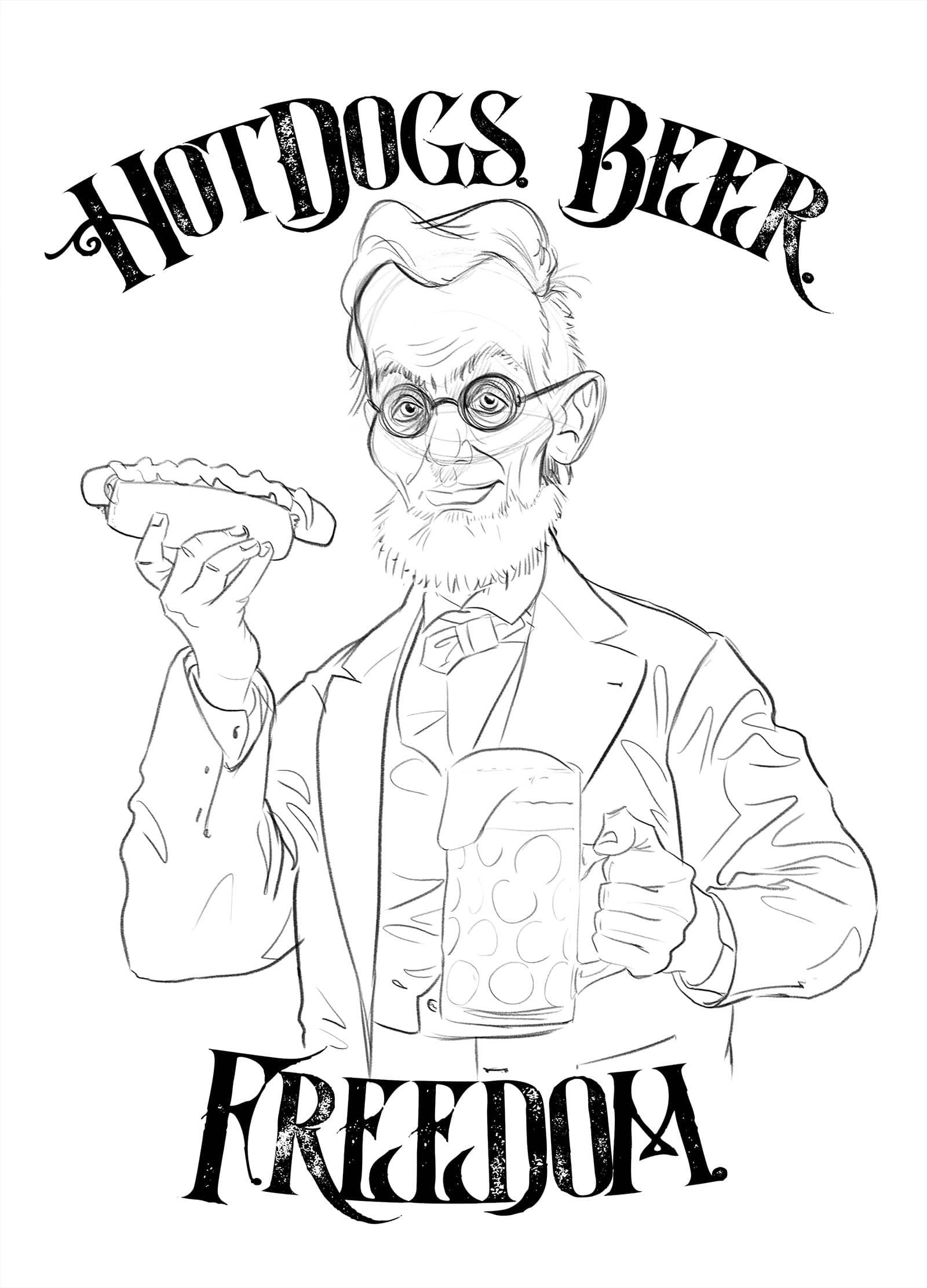