After a very successful Christmas cover commission from New Scientist last year, this November  I received the call from the creative director Craig Mackie to see if I could do the artwork for this years cover as well. I stepped up and luckily I had the time available to get the artwork achieved. Below you can see the printed final version on the cover of the magazine. It varies slightly from the version that was rendered and presented, but this was to avoid too much similarity in the previous years, which can be seen here! 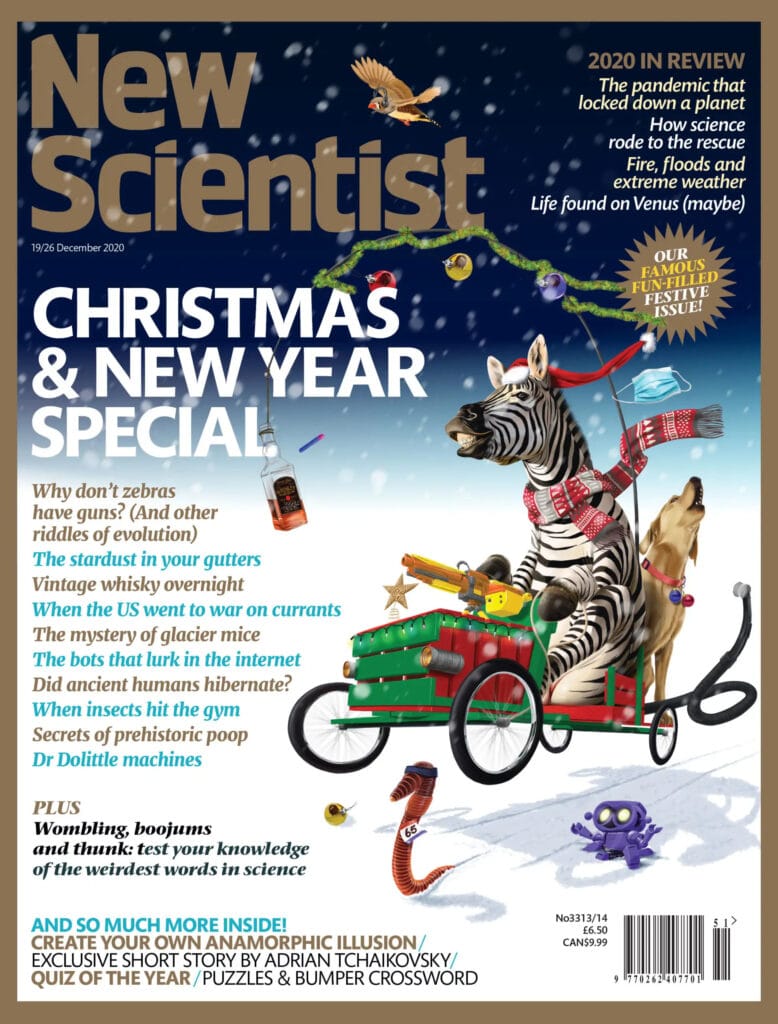 After some discussion and back and forth, it was decided to include a zebra on Go Kart, but making it a wooden, home-made one. I was then given the night to see how we can enhance it and this produced the combination of elements that you see, which all tie to an article in the magazine. 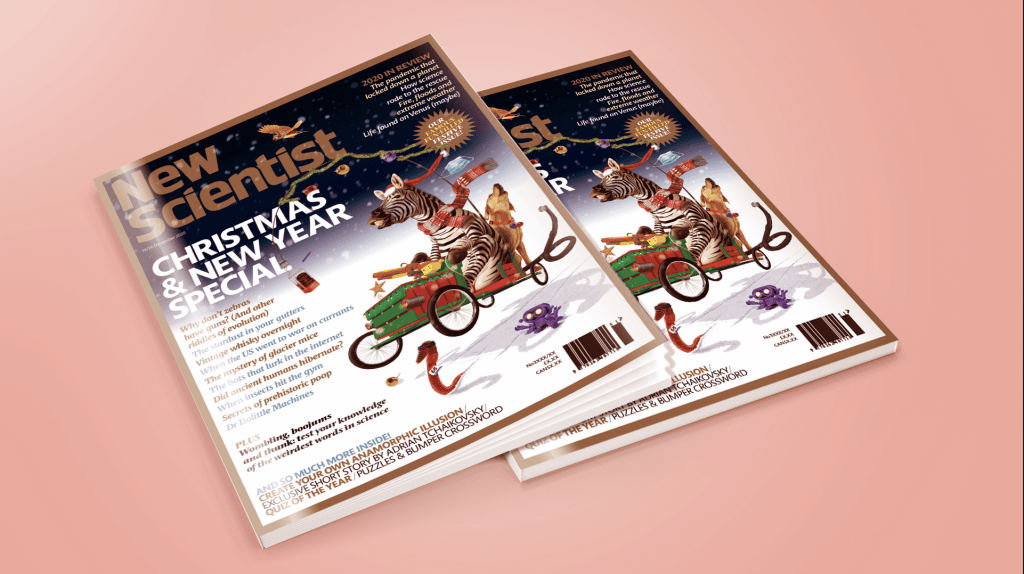 The concept was simple to begin with. Like all New Scientist briefs, they start with relatively ambiguous outlines and then during the sketching and rendering, they often change their minds. This was the case again in this one. We first had a husky dog, which was swapped to a dodo, then the reindeer had to have both eyes covered, then after rendering started one eye was uncovered. The type of octopus wasn’t revealed until rendering started, and the champagne was switched to a cocktail. But apart from all this, the concept, as always, had to squeeze onto a tight cover area, so it was a challenge.

The sketch was made after doing a reference drawing from some photos of the elements, and a SketchUp model of a Citroën was utilised to make the car more dynamic. Nothing was said about the tentacles of the octopus apart from the glass, so I took it upon myself to add a triangle for Christmas cheer, and then a later request was made to have a vintage car horn placed in one of the other hands. So, the sketching took a little longer, and the use of layers in Photoshop allowed the changes to be implemented quite quickly. In the end the rendering was quite leasable to do, and I even found time to do variations including some overlay snow. 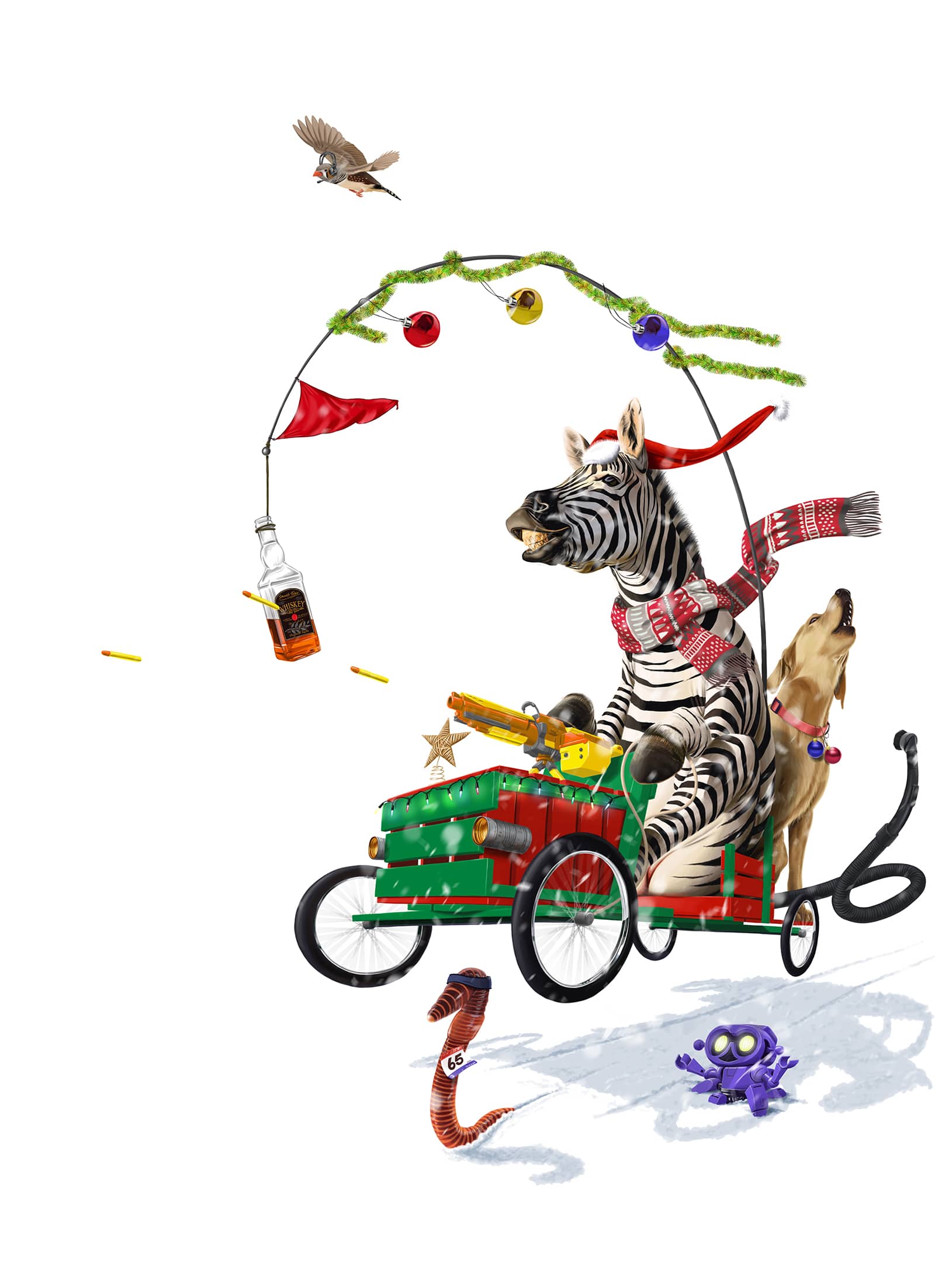 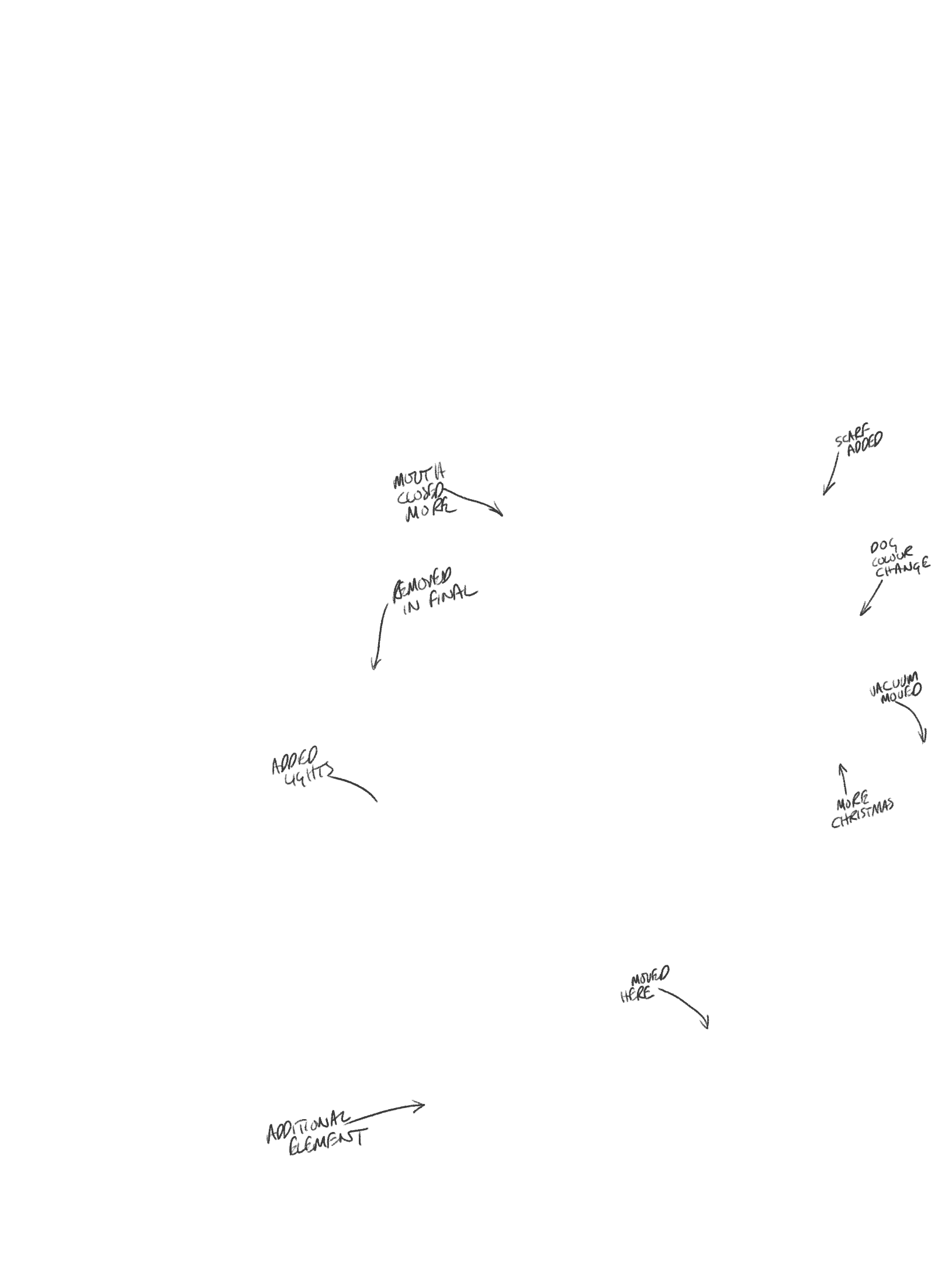