HomeBrew: Something Wicked is Brewing This Way!

My dad used to HomeBrew, and so this project was exciting to me. One of my joys is building up new characters, and caricaturising them. The process I refer to is what I call digital collage. Finding many reference images and then sketching the necessary part of those images to slowly create a character. This illustration was no exception. It was built up of a total of ten images, and was designed to highlight a challenge a Tinos based brewery (Cyclades Microbrewery at Tinos island) set to create the best HomeBrew beer in a competition. My challenge was a little different. 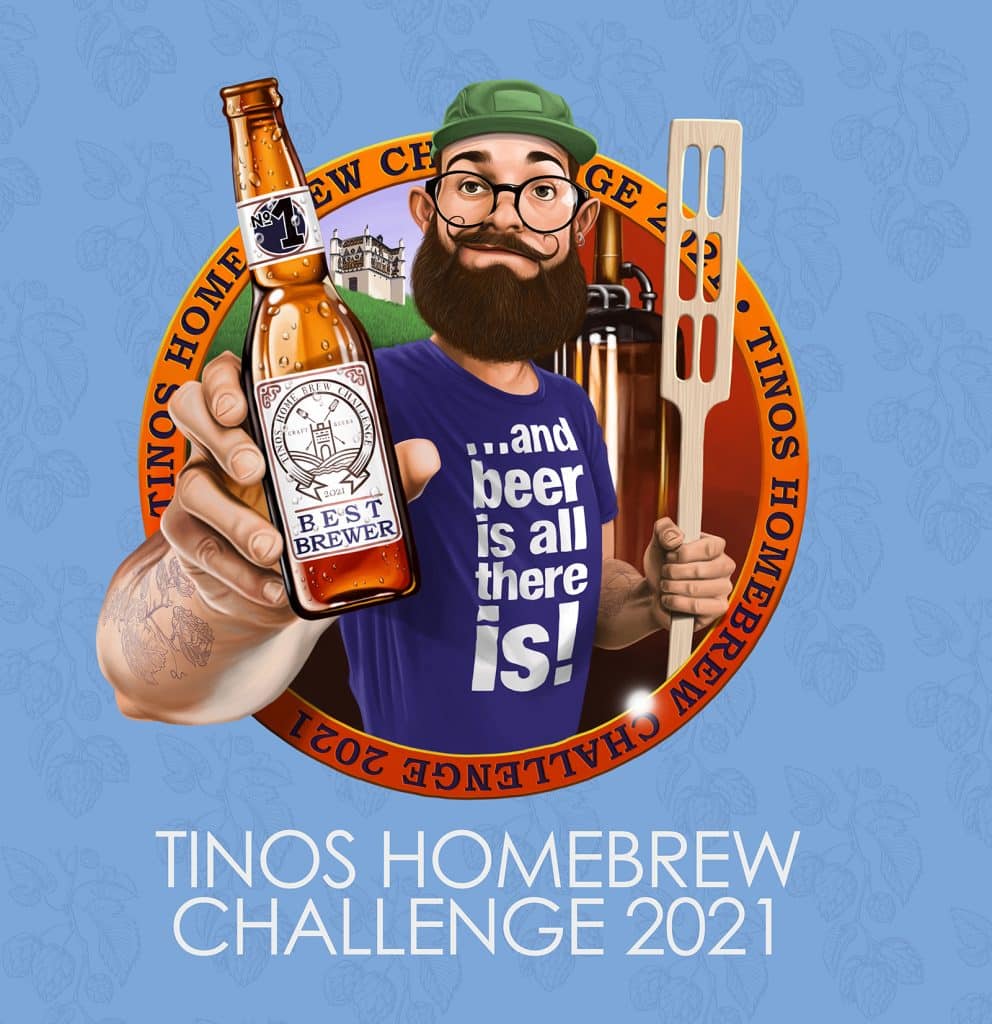 The basic premise for the brief was very simple. Create an emblem that could be used for the challenge. The client stated that HomeBrew aficionado have a certain look to their style. It was required that I capture this as best as possible. The brief also required the image contained elements of the process and necessary props, as well as the text for the challenge.

After a night of contemplation of the piece, an idea of a happy brewer holding his prize beer in a bottle as a badge type icon came to mind (much as you see in the final). I basically related the concept to the similar style id created for my level badges for the Patreon set-up, and simply move some elements about and render out in the same rough look and feel. The logo (you see on the bottle) also needed to be designed, and the initial thought was to have a set of elements that represented a ‘home‘. This was later dropped as the term “Homebrew” doesn’t indicate necessarily the location of this activity, merely the amateur status of the enthusiasts.

The design went through several stages, and a beard was applied to the figure, which created a lot of grief regarding the Tinos icon and positioning. Overall, the illustration was as much as it initially portrayed in the sketch.

Rendering went according to plan, and for the first time no changes were requested. A final addition of the tattoos was applied to give a little additional character to the brewer. 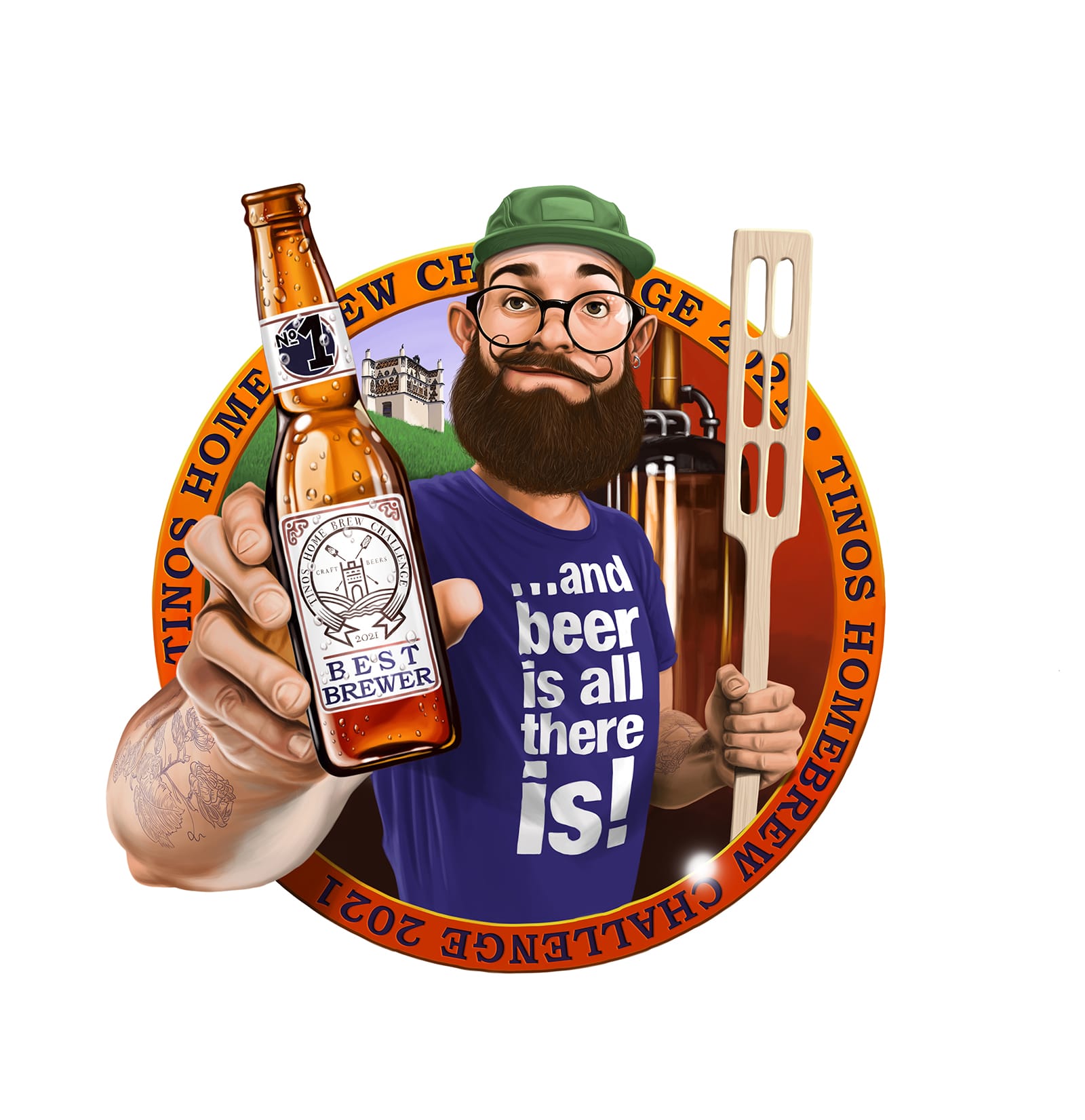 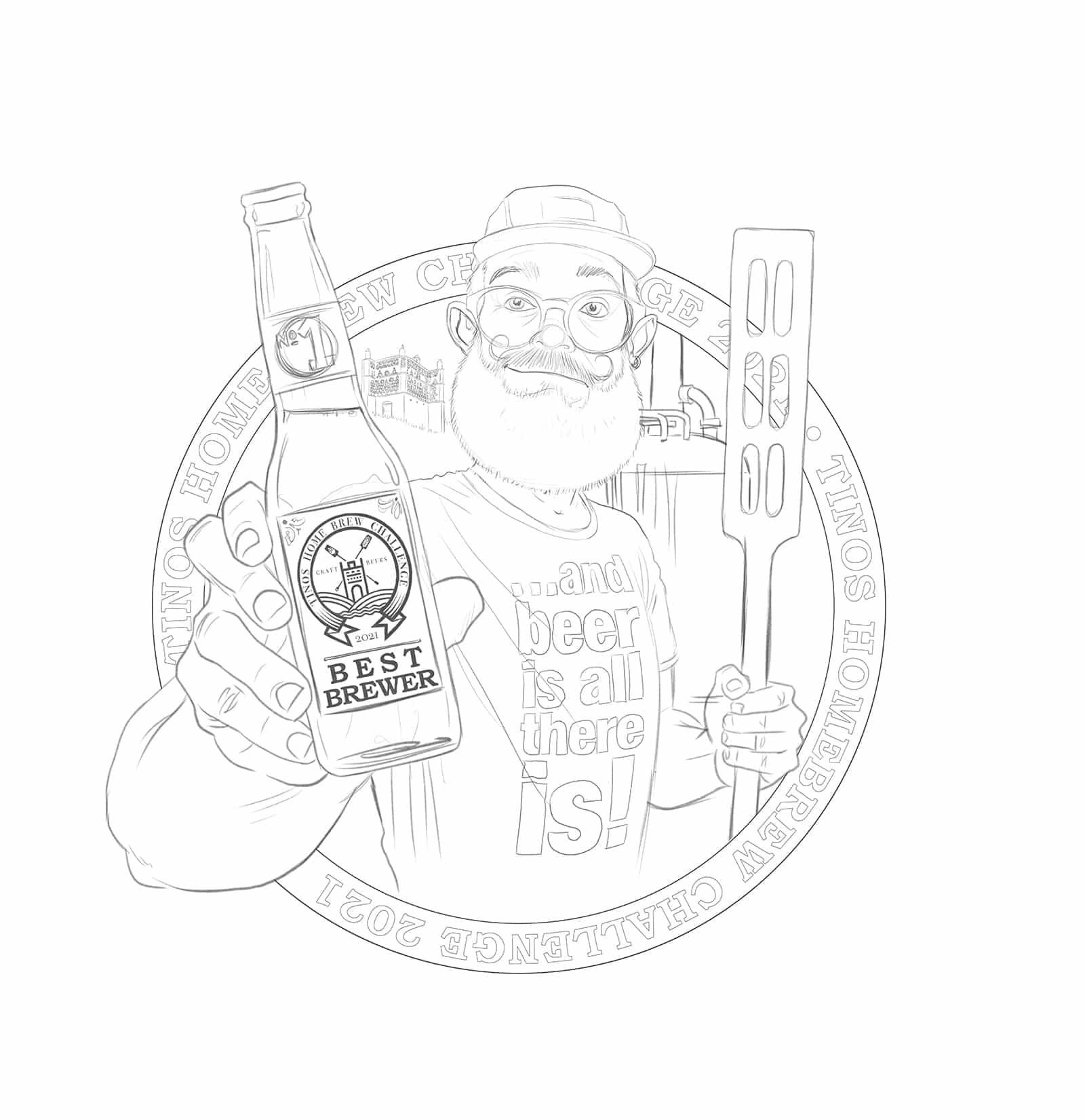 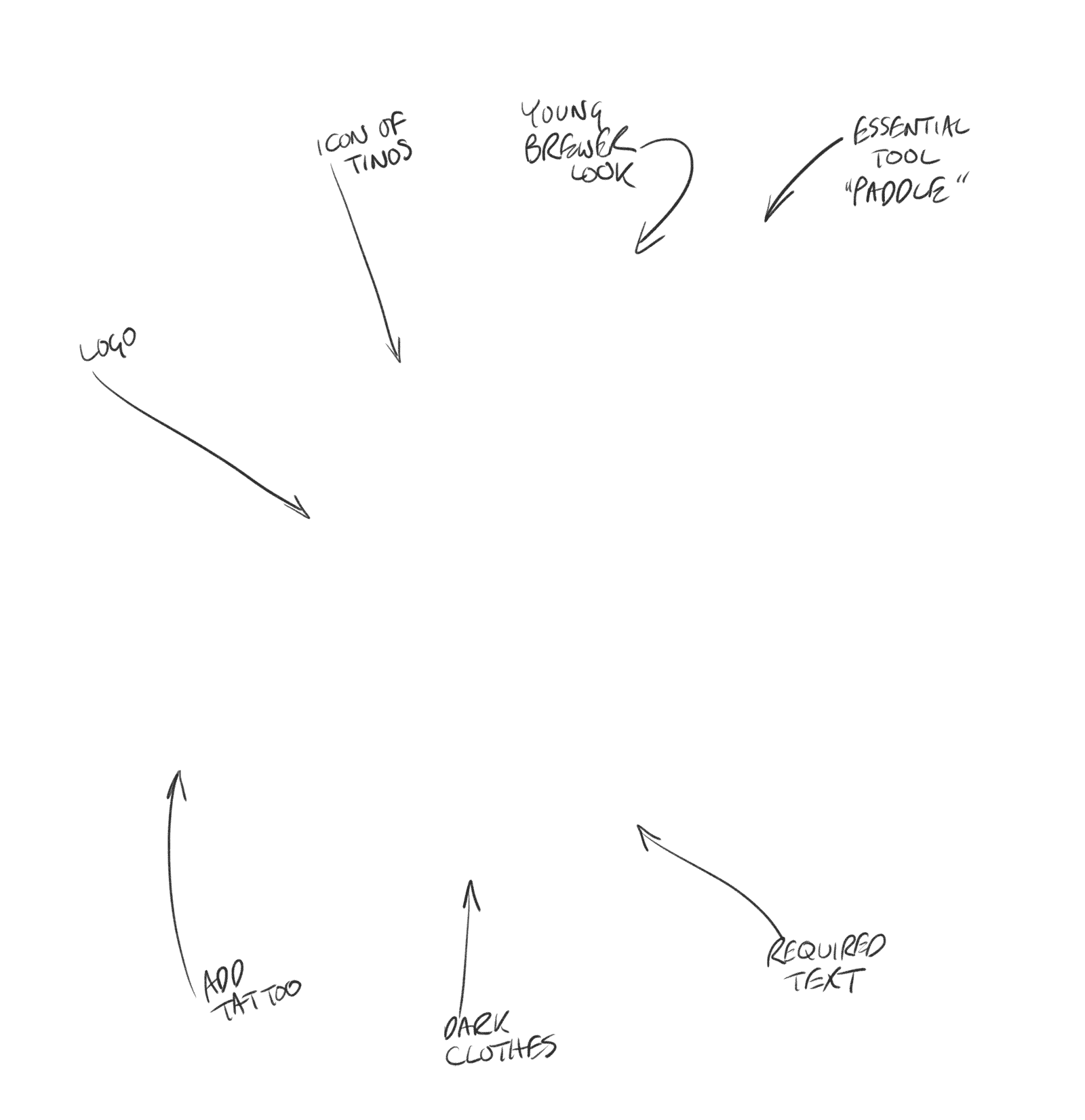