In September 2016, I was asked by the regular client for safety equipment manufacturer to develop a more advanced version of the cover for their brochure. The client wished to display and promote their winter wear. 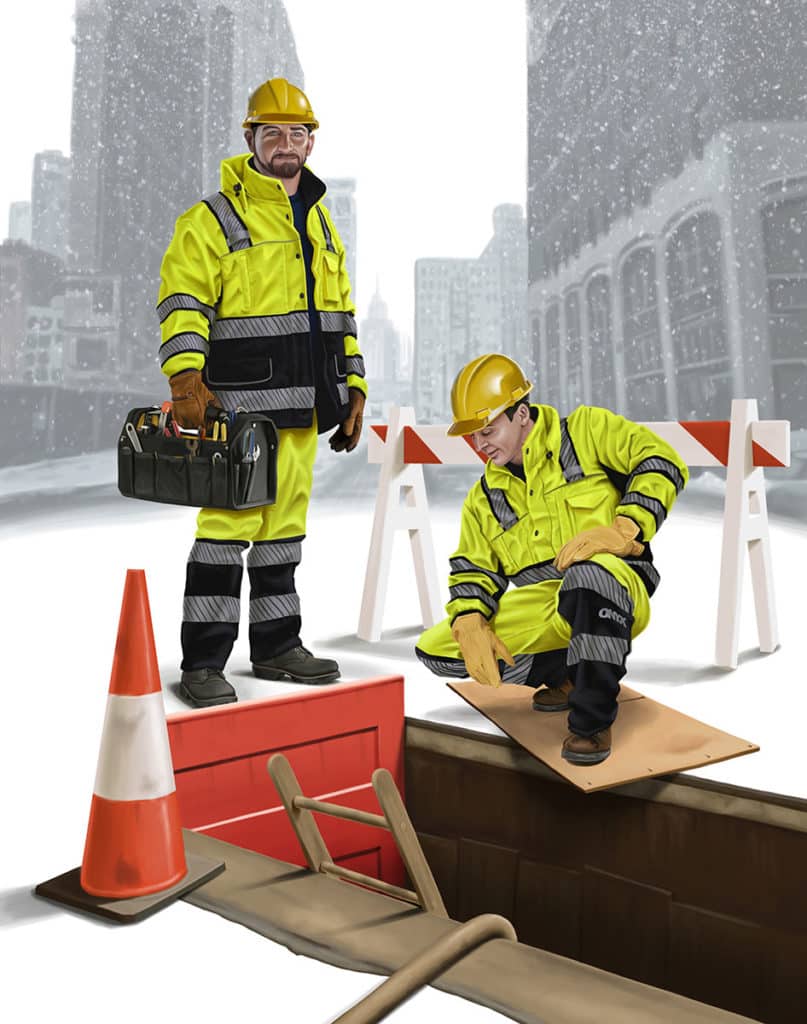 Knowing that the best approach would be to have the cold of winter showing as a desolate landscape, I decide to add a cold, industrial cityscape. So, began the research aspect. I scanned many images of cold and wintery cities; ending up with a very nice image of Detroit in the snow. The plan was to use the photo as reference, but to make the background fall out of focus in order to bring forward the figures. Also, there was no snow in the photo, so this was created.
The two figures were built out of a combination of 7 reference images. Never finding a full figure in either the pose or with the necessary style outfits. The company provided reference images of the clothing, so these were placed on the figures once sketched out. The decor was painted in from several other reference photos. Altogether the scene came together very well.

Below you can see the final rough that was retouched on the computer to set the scene of the composition. 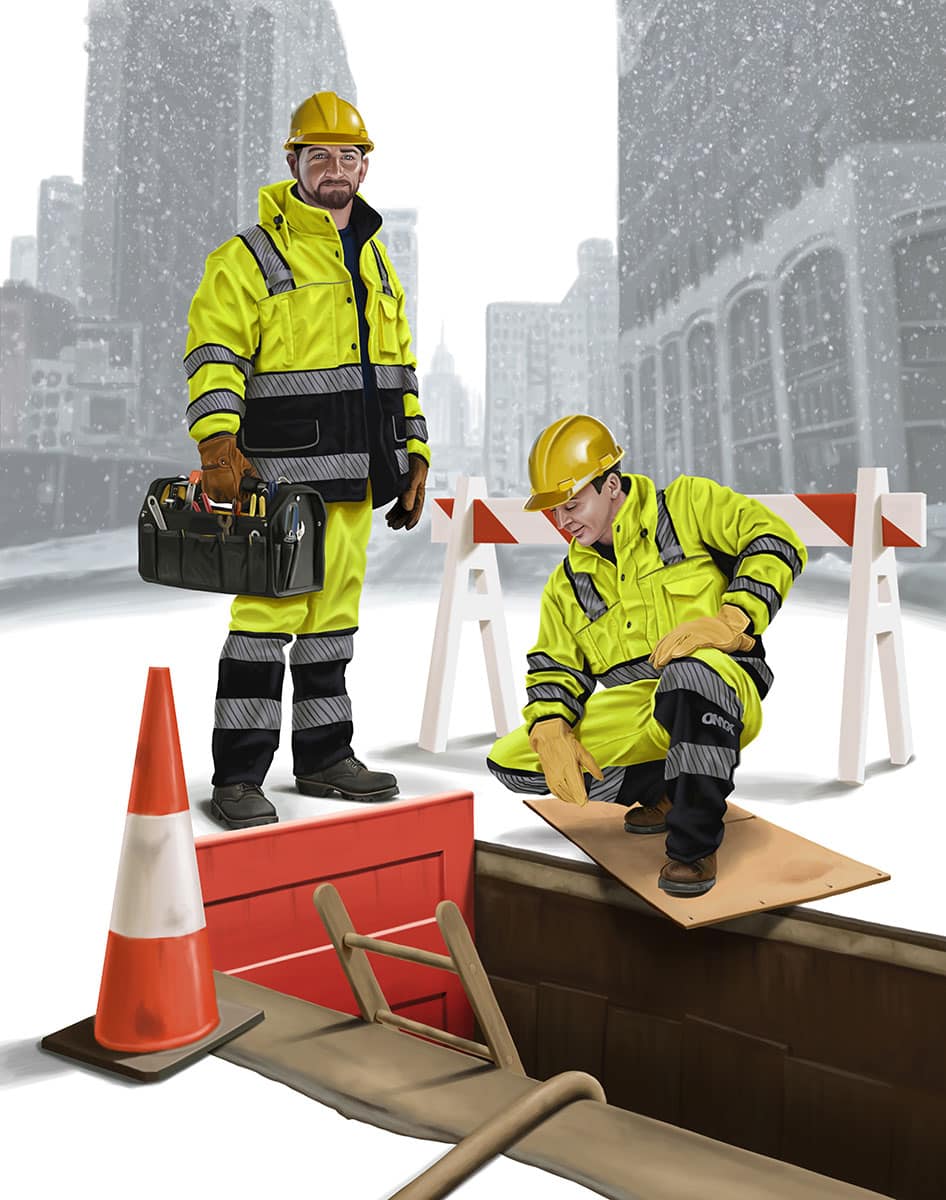 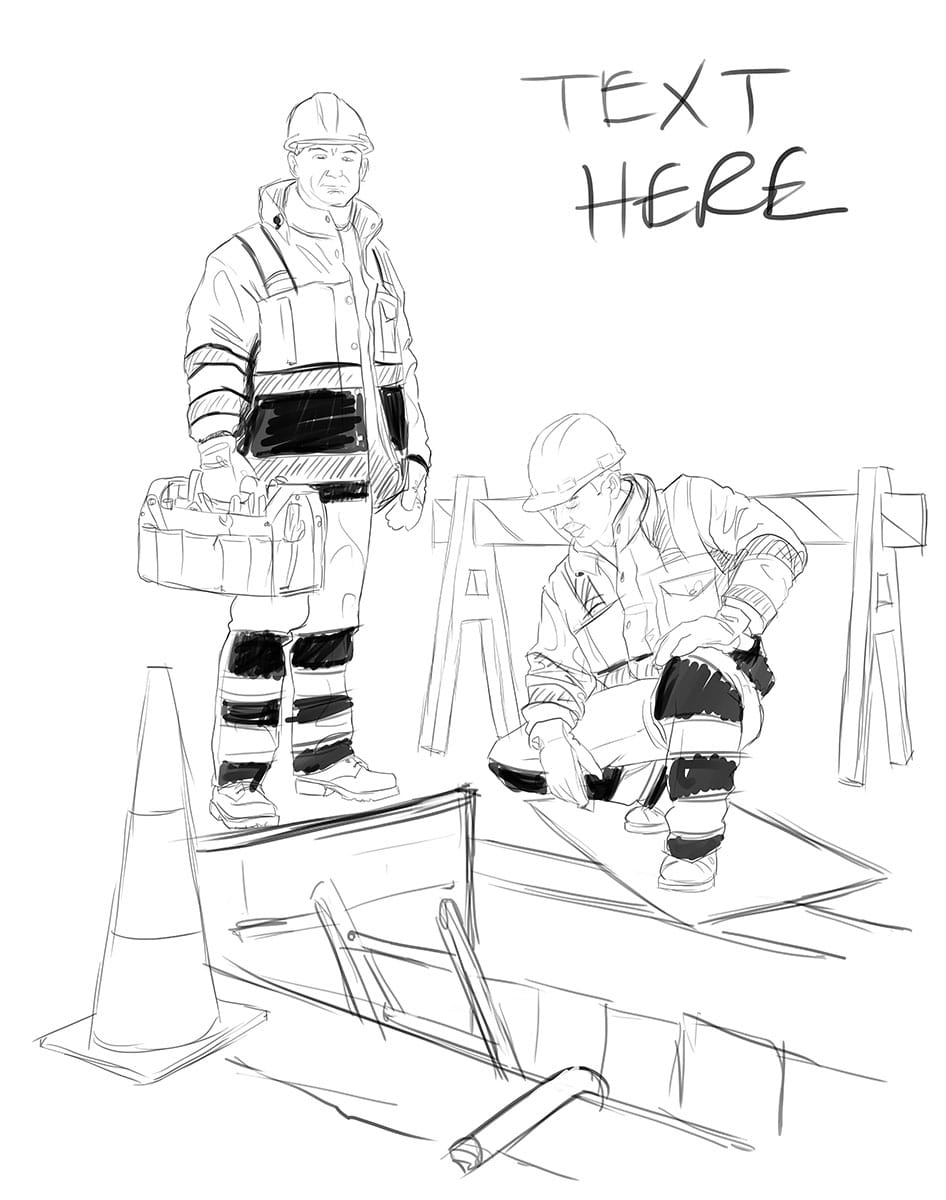 In addition to having the full cover, the client wished to have the two builders separated as single elements. These were achieved as PNG files with transparent backgrounds. 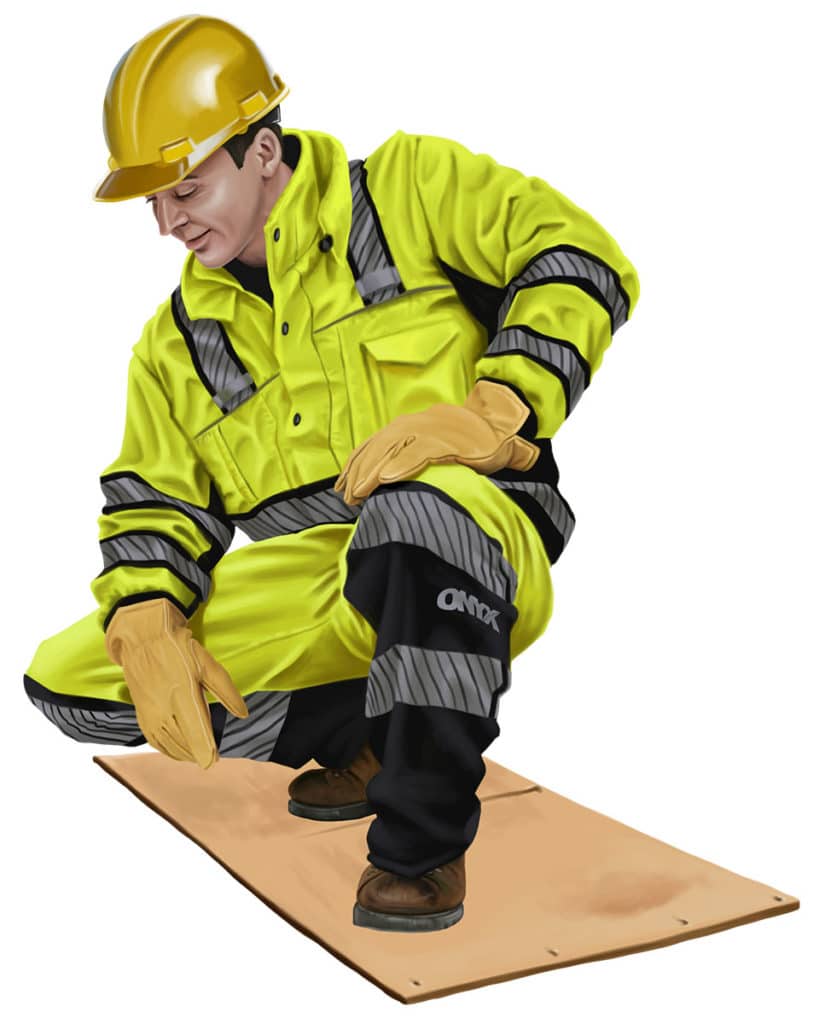