My regular clients, GSS Safety Wear asked for a revision of the brochure, which included a revamping of the cover. This year due to the issues with the CoVid virus they wanted something strong, patriotic and defiant, to help support the issues of safety wear in the industry. 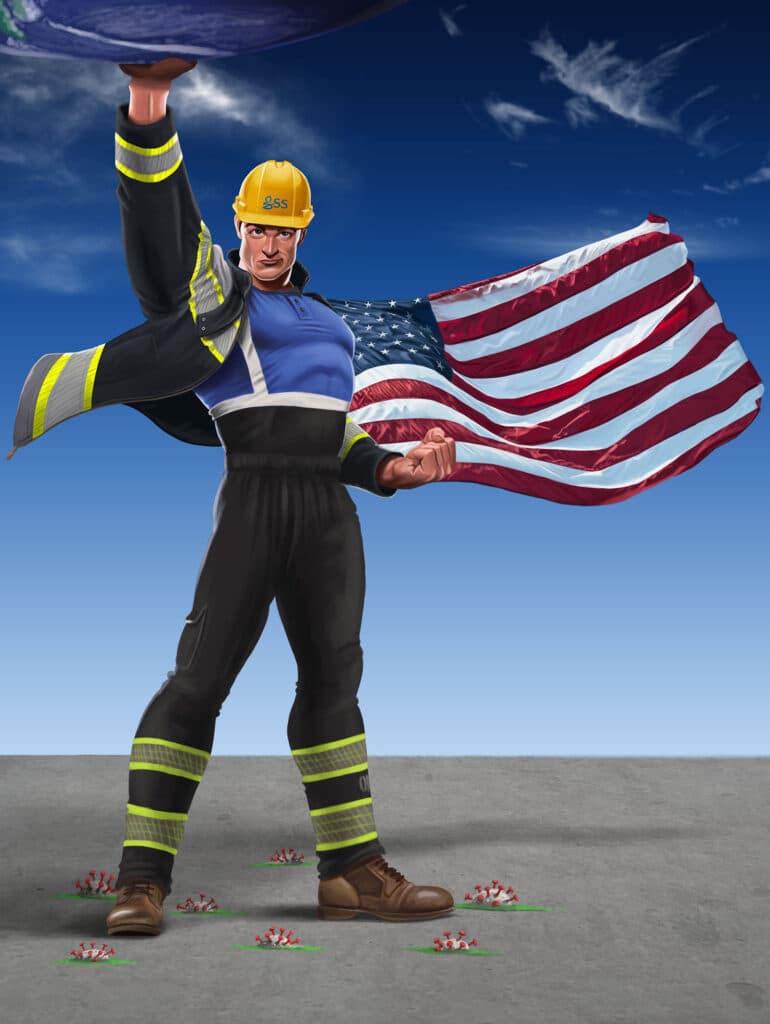 Each year I get asked to redo the cover of the GSS catalog. Each year, the owner suggests a theme and I try and accommodate by developing and rendering out an appropriate design. This year was a challenge as the client wanted a cover of hope and strength and to show the issues of the day (namely CoVid) in the illustration. It was discussed and finally decided on, to have a super hero type figure, dressed in their safety apparel killing off the virus, as they fall at his feet. The point was made that the important factor needed to be he was supporting the planet.

The concept was simple, and after a little thought, it was decided the scene needed to be sparse. No real need to have skyscrapers and buildings that would distract from the focus of the piece, that was the hero. This left the issue of how to make dramatic? After a thought and test I knew the pose would be important, but to add to that, I added flapping clothes to show the external aspect. That all sketched out (see before image) the space to the right was still very empty. After some ideas were passed, I had the notion that to show the patriotic aspect a flapping American flag could come from behind him. So the image was set and the rendering began.

The only real concern that arose, was the original render and sketch had the builder in jeans, so I had to render the lower section with the builder wearing some of their all-weather pants. 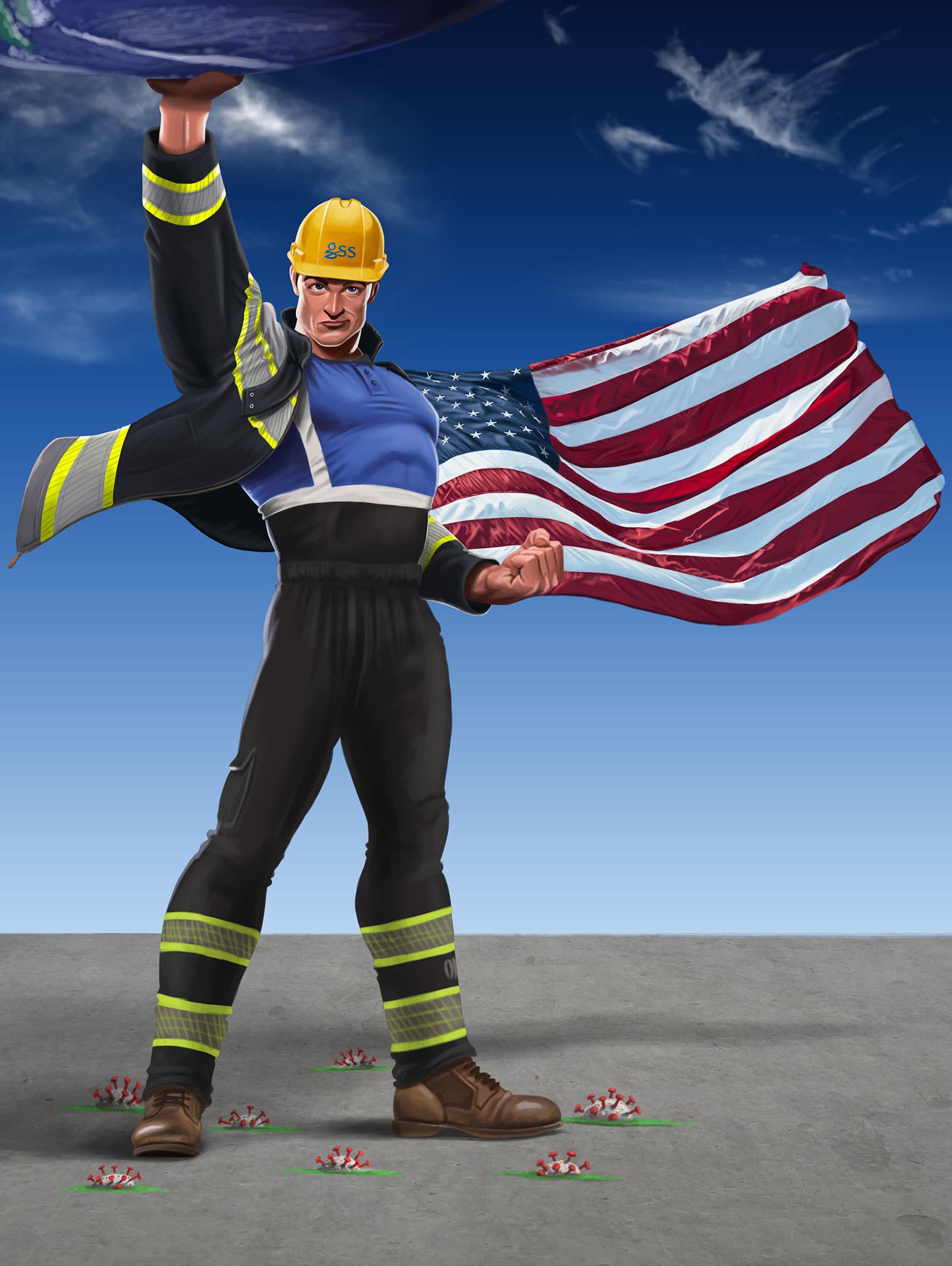