In January 2015, I was asked by a safety equipment manufacturer to develop a character to represent their intents and commercial insights. The client sent a cartoony image of a ‘fat’ santa as an inspirational starter to the project. The basic premise was he had to be a hero. Initial sketches were made of a hero character, and after showing the client the angle was changed to be a builder with hero aspects. I literally used the same pose, and placed on builder’s clothing. 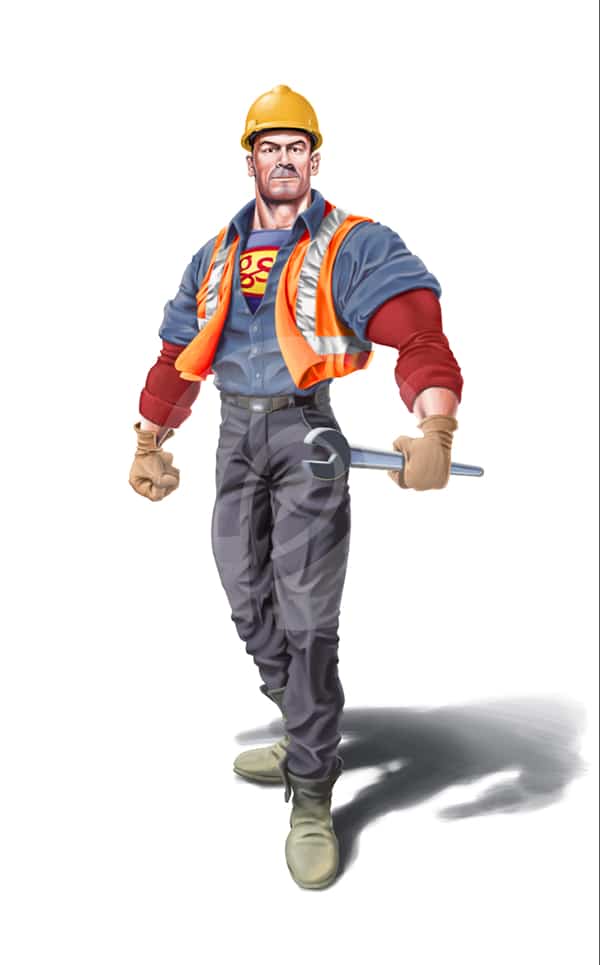 During the research, I found a face that was ideal, in the aspect of looking like a Russian propaganda style turn on the head. This was an Alex Ross image, so I wrote to him and asked if I could do a derivative of it. They instantly said, ‘No’. So, I had to redesign the head section to suit the same ideal and need as I saw in the other idea. The client then stated they preferred it looking toward the camera, so after a failed attempt at one pose, I drew the now final face, and rendered it out. In some senses, I feel that the negative response on the original made the whole thing work better.
Also as a point of notice, I wanted to make this a different style. Luckily the Santa image had a starting point, but I liked the idea of making this more immediate and quick. I found a photoshop brush that was (when rendered) like a pint brush; it was in fact a hair brush. I Found the technique very quick and wonderful method of painting, and it has reduced my rendering time by at least 60%. The details below show the close view of this style, which worked out well. 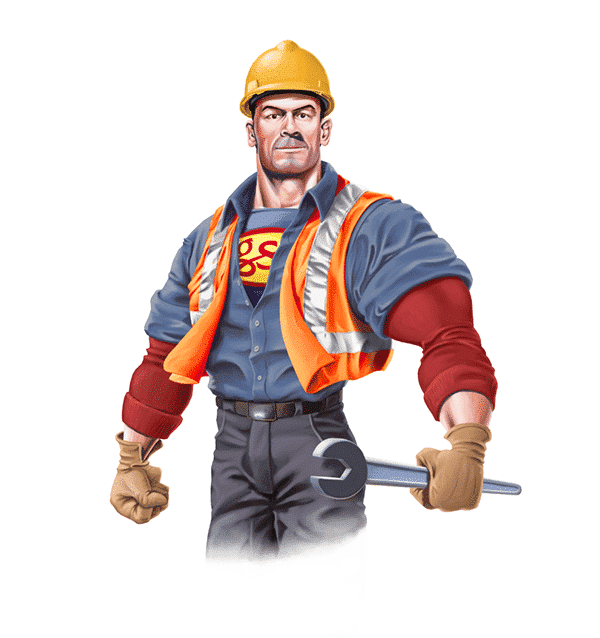 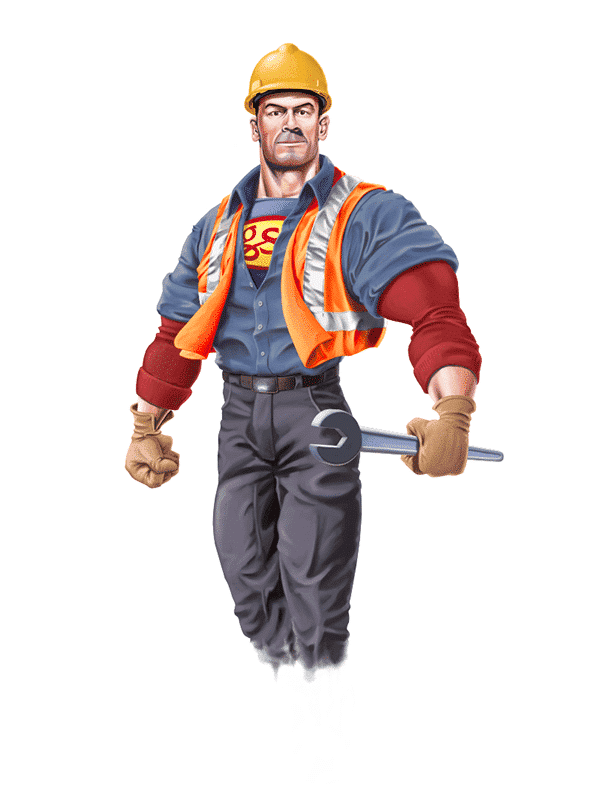 I have suggested to the client to have the builder in three versions (to allow for different usage). Below are the other two versions, which have literally been masked and the masks created using a brush that gave a painted feel. 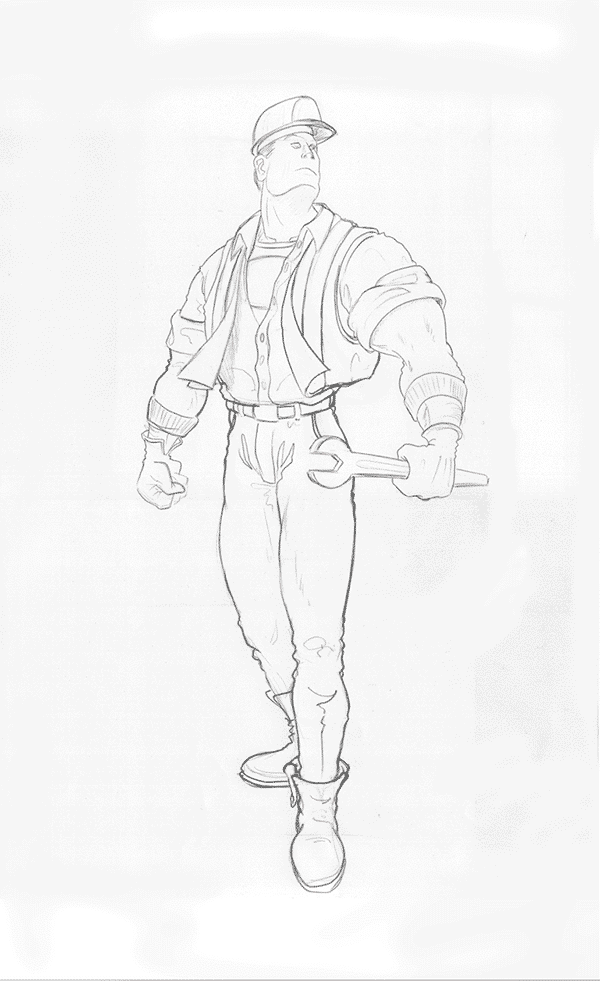 The initial sketch with the side turning head. This was altered later to the front face. Which turned out better.
Previous
Next
This section shows in good detail the painting style and the roughness created by the photoshop brush, which emulates a real brush rather well. 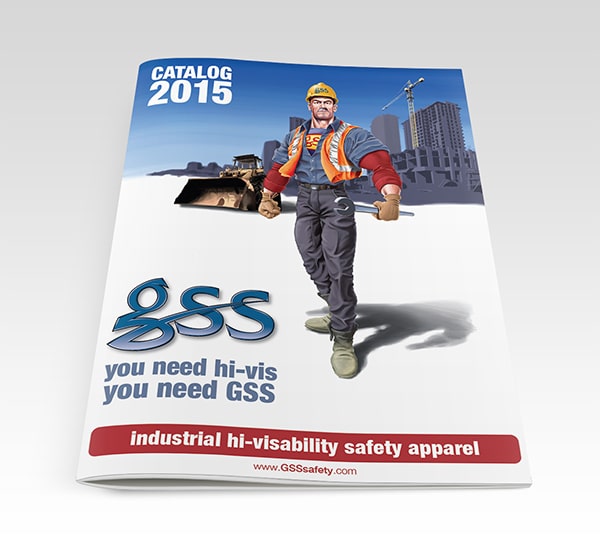