My regular clients, GSS Safety Wear asked for a revision of the brochure, which included a revamping of the cover. This year they went dark, and asked for a rendering that would show off their new line of safety apparel, the all glowing jackets. 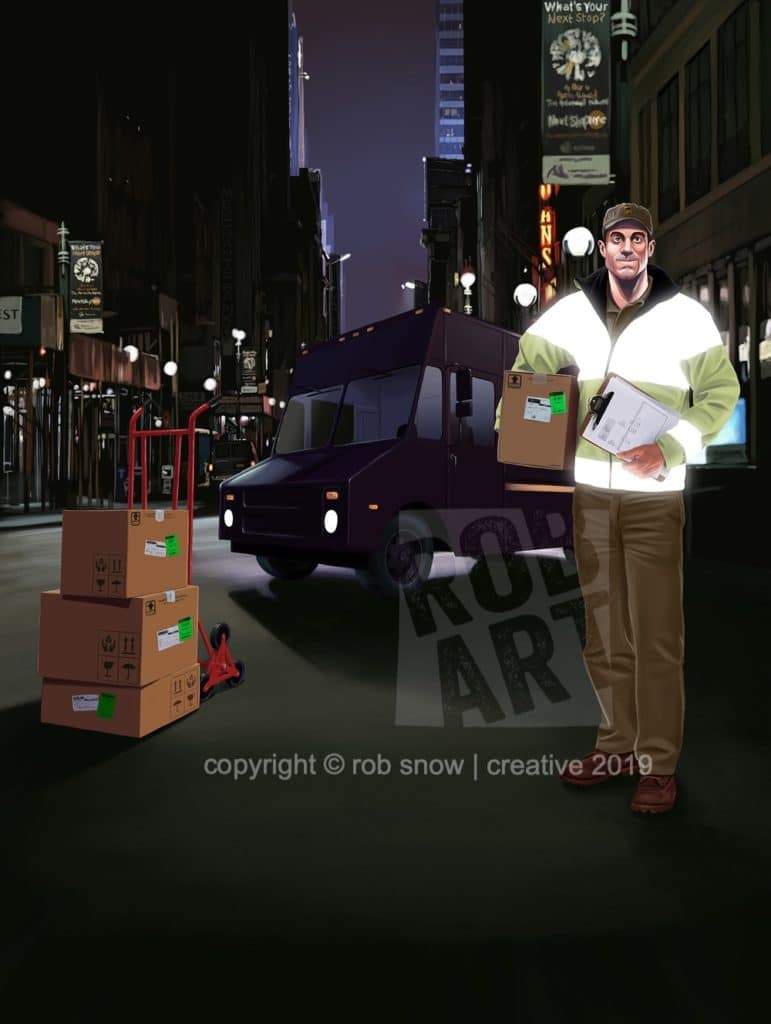 Each year I get asked to redo the cover of the GSS catalog. Each year, the owner suggests a theme and I try and accommodate by developing and rendering out an appropriate design. This year was a little different, as for the first time they requested an emphasis on the glowing property of their jackets.

The concept was simple, after a little thought, it was decided the scene needed to be achieved in a night setting, to allow the glowing aspect to be truly appreciated. As the the suggestion was delivery guy, it was worked out that the design would work well to be an inner city UPS delivery guy standing outside of his truck with a delivery.

The sketch was made after doing a reference drawing from some photos of city scapes around New York, and the necessary equipment. In such typical situations I do some research into finding free 3D models via SketchUp, and planning the composition with this set-up approach. After they had all been arranged and placed in the correct perspective and spacing, the rendered line art was then placed in Photoshop to allow for the application of the driver and the city scape in the background. Once that was all phased in and OK’ed by the client, then the rendering began. This was doe in Photoshop over several layers, with a few layers used in special effect treatment of the glowing effect. 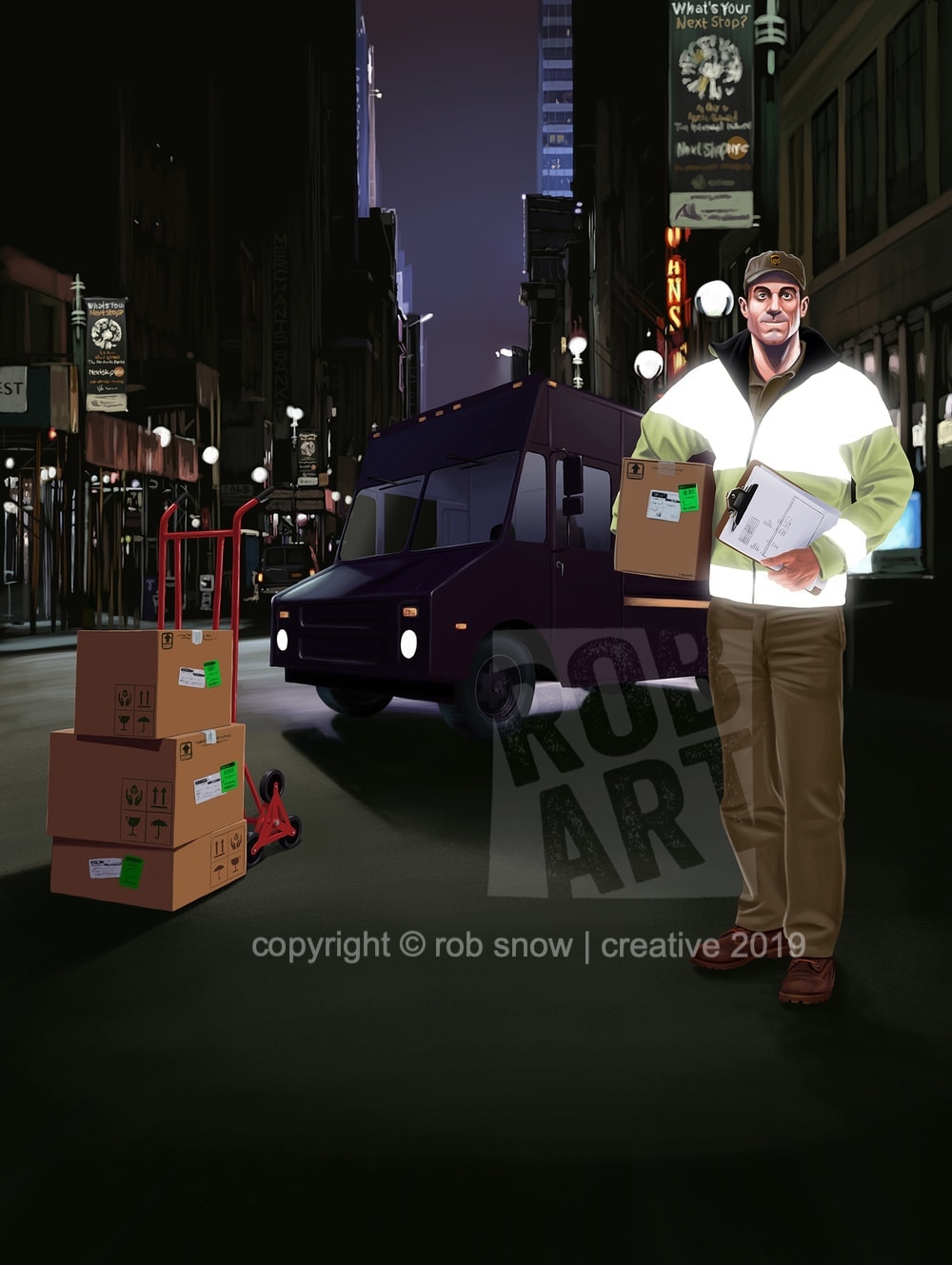 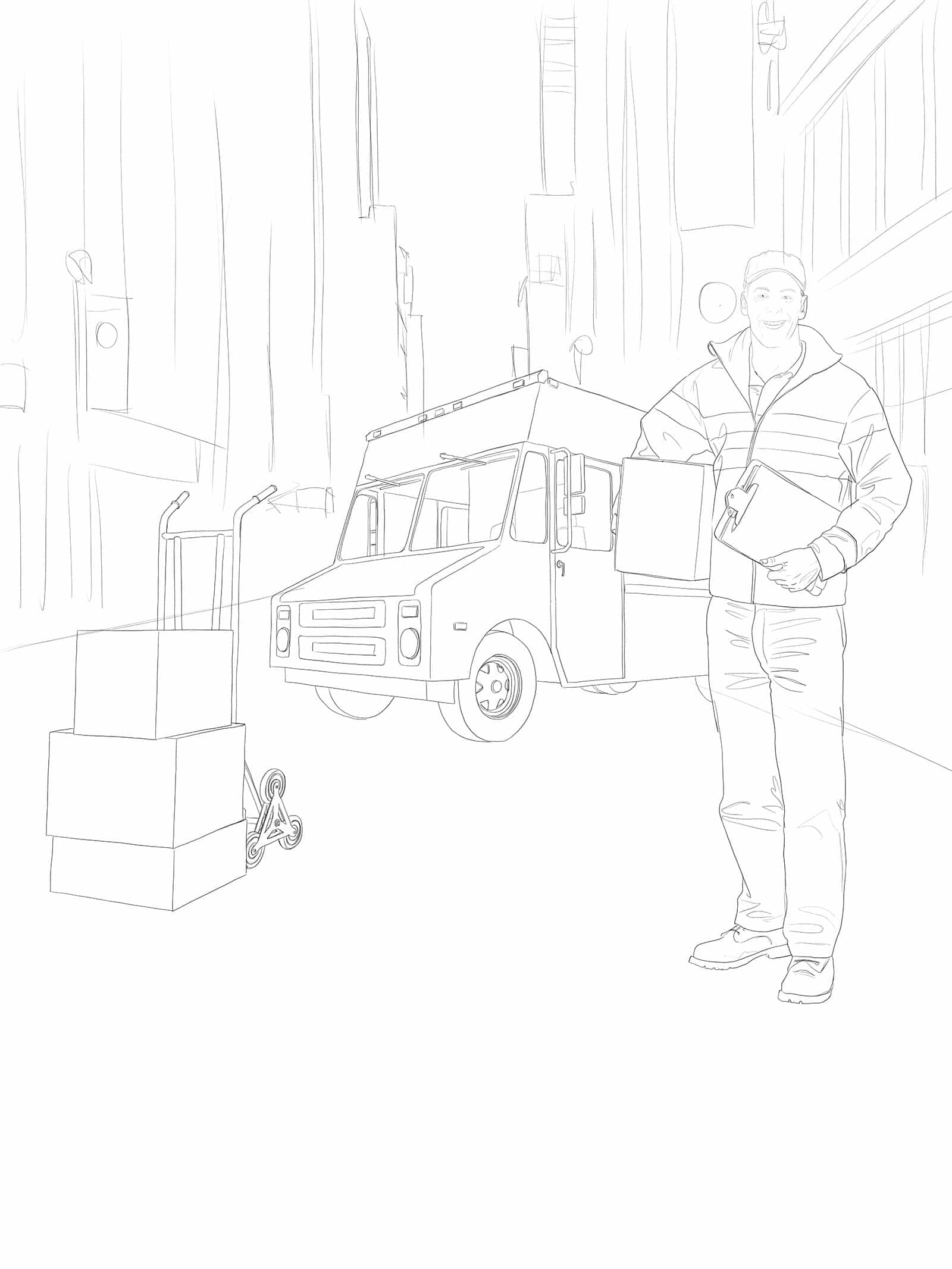