This Dentist was Flagged!!

Now in my second year at Fiverr Pro, and in April I received three commissions in the same week. I wasn’t sure if I was going to be able to pull off three renders in the same period of time, as they tend to take a week each full-time, but I was up for the challenge, and this one turned (the dentist) out to be a good piece, but with some difficulties. 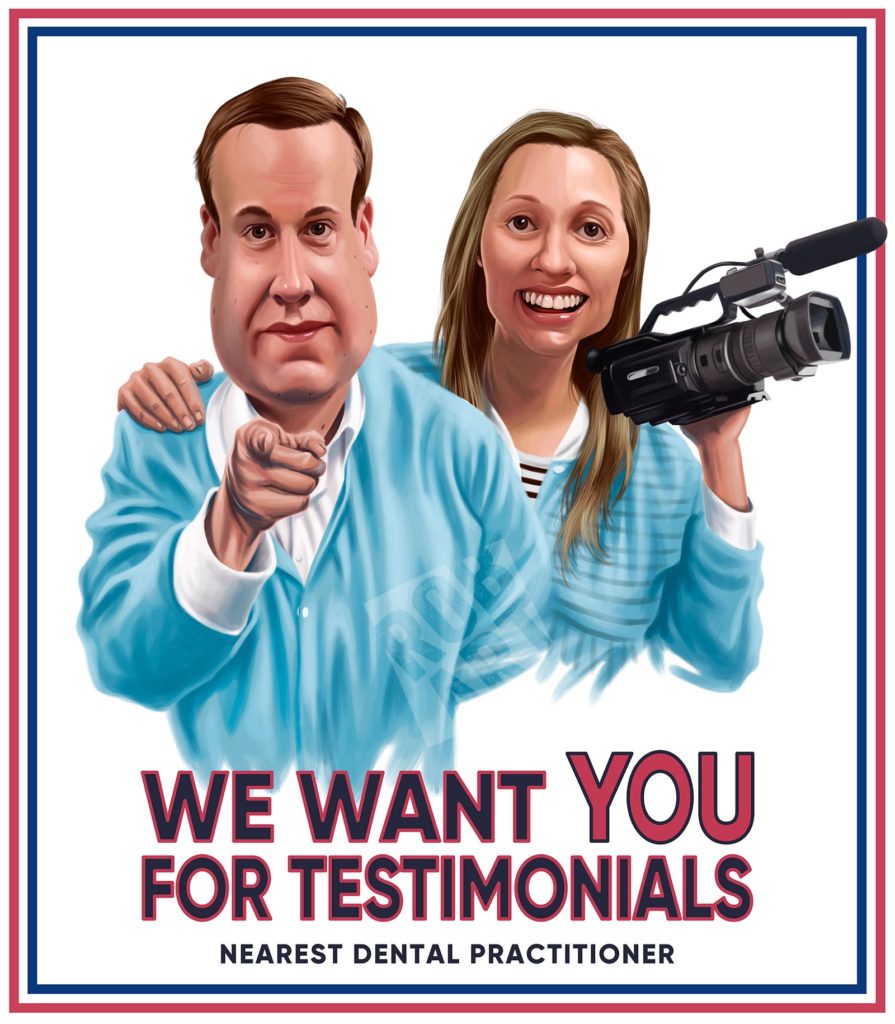 The outline of the brief was a simple idea to create an illustration from a classic James Montgomery Flagg illustration (you know the one, the ‘I Want You’ Uncle Sam recruitment poster). And then to manipulate it to have the caricature designs of the two practitioners of a dental practice reside in the poster. The male as the Uncle Sam character and the female standing behind holding a video camera.

The concept was simple, it was just about a recreation of the original poster with new characters in place. The only points to consider where the placement of the second character and the research required in finding the original fonts used in the Flagg poster. I wanted to maintain as much similarity to the original composition as possible, so I planned on having the female character popping out from behind the main pointing figure. This was to make the poster as narrow as possible to maintain the ratio. Some research found that the nearest font to the original was Gilroy – ExtraBold. It needed to be changed in the width dimension, but was near perfect when modified.

The sketch was made after doing a reference drawing from some photos of the clients sent dressed in their dental gear. The female was a concern at this stage as she had no real clear features like the man to be a good caricature. The lighting in the scene also didn’t help. Anyway, the sketch was done and the rendering took place. The male took a real short one and a half hours to render (which has been my quickest). I used quicker and looser brush strokes to keep the same passionate feel as Flagg’s image. It was evident at the end however, that the female was not good, and on consultation it took 3 attempts to get her to a state of acceptable quality. The end result however was very nice and a good tribute. 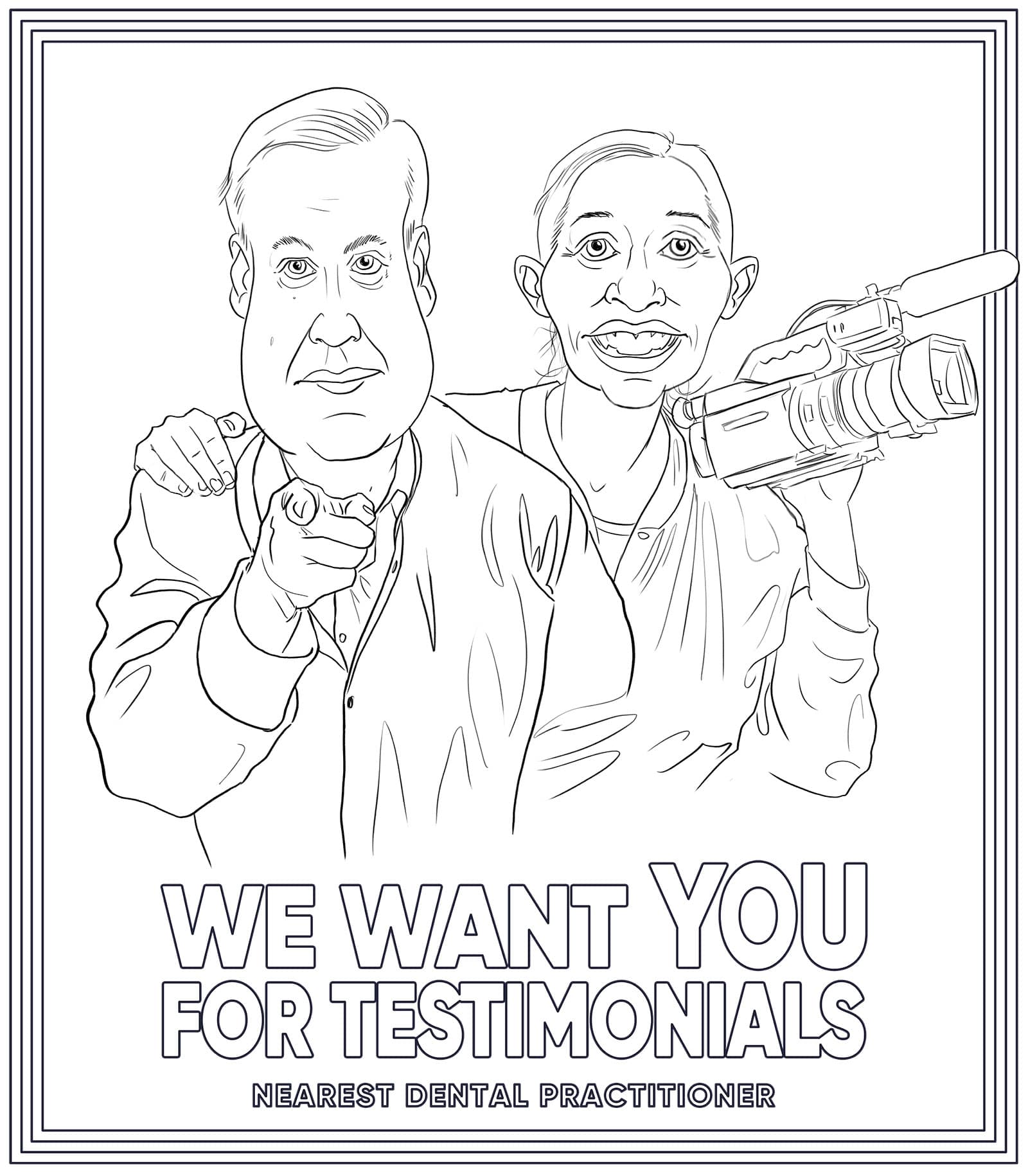 If you are interested in the shorter 5 Min time-lapse render video, you can find it here!