A twist on the iconic image, by taking some liberty!

An American charity group for minority workers approached me on Fiverr Pro, and asked if I could do a rendering of the famous image ‘Washington Crossing the Delaware‘. I said that it was possible, but a little time consuming. We discussed for a while and it was discovered that they needed some changes to make it usable in their campaign. namely, they wanted the Liberty statue with a microphone and many of the figures to be dressed in clothes that many minority workers wore, but also having devices on them that represented modern lifestyle. They being iPhones or iPads and earbuds, etc. This was all OK’ed and the projected started. 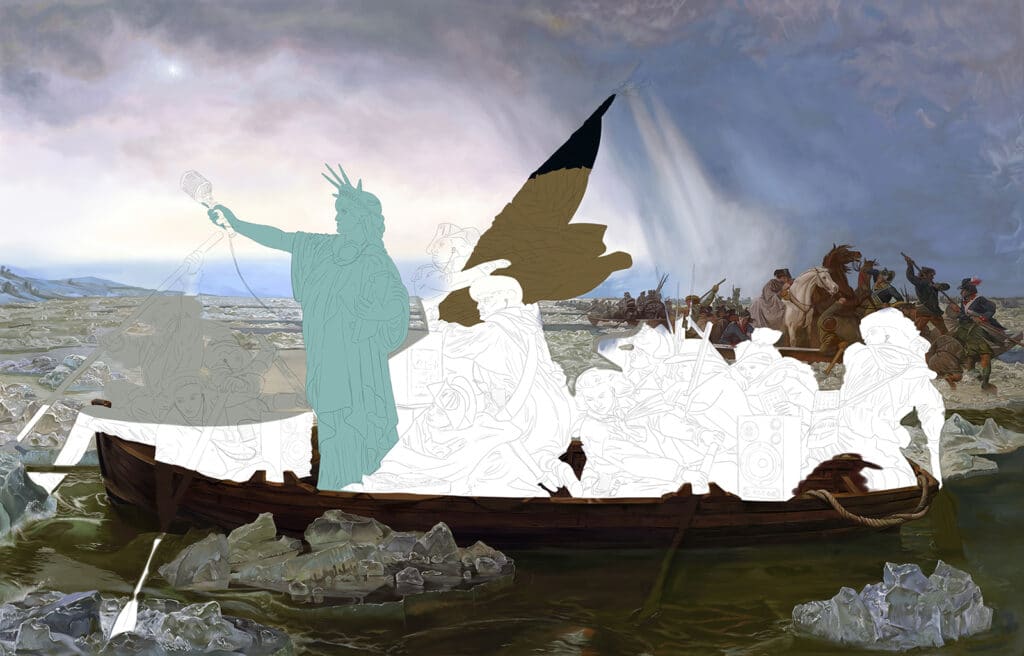 The outline was clear; to reproduce the image “Washington crossing the Delaware“, with the amendments the client required. Which were to place electronics on the people and to replace George Washington with the Statue of Liberty. Or, this is what I presumed from out countless messages. I couldn’t delay the starting of the project, even though we were still in discussion about the costumes and amount of people. I told them I would exchange the amount they wanted in costumes, but continue with the rest as were.

What transpired was that they simply showed me the original painting, but wanted a parody, as seen in many others, but didn’t communicate this. At that point the communication stopped and I didn’t hear from the clients again. I was at that point, almost half way through the background section of the artwork. I didn’t want to stop as I put so much effort in so I decided to continue as a private project to test my skills.

As you can see from the Photoshop capture below, I ended this part of the rendering at the finalisation of the background elements. If you watch the speed render below, you will see the development to that point as well as hear narration to explain what is going on.

The only really development for the project was rendering out a replacement figure in the form of the statue. I couldn’t find a real image of her in that angle, so luckily I found a 3D model site that showed a preview in 3D so I spun it around to that position and did a screenshot. The arm and microphone were then added to set the scene for the required additions. All the other additions (electronic) were placed in by finding the components on 3DWarehouse and rendering them as an image at the correct angle.

Usually I start rendering the main elements of the image so that I can get an idea of the detail and scope of the project, but as the client at this point had not made their minds up, I started rendering the background, basing it as closely to the original as possible.

I am hoping that in 2 months I will have the full image completed, as private projects take a step back from paid work. Look out for part two. 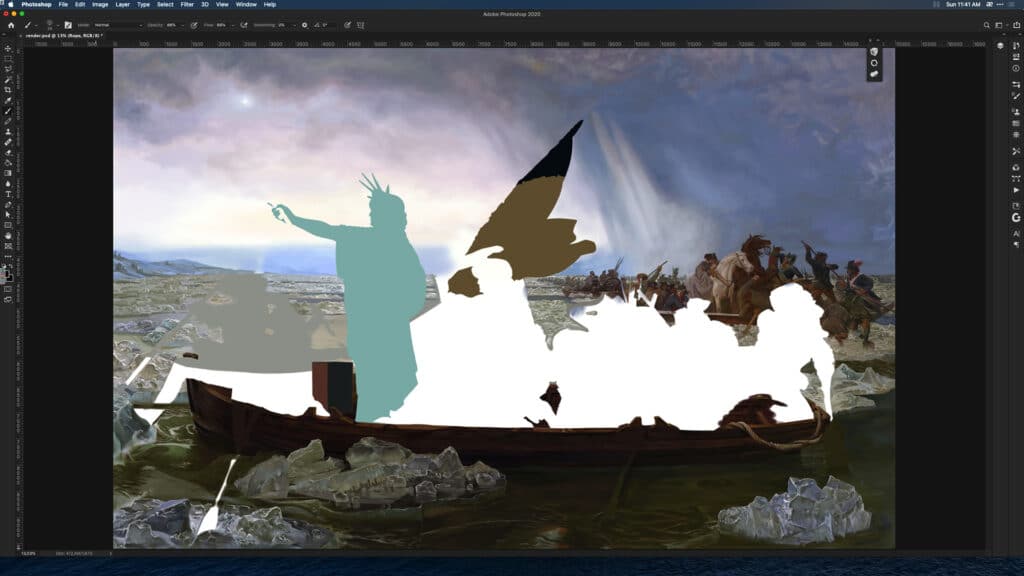 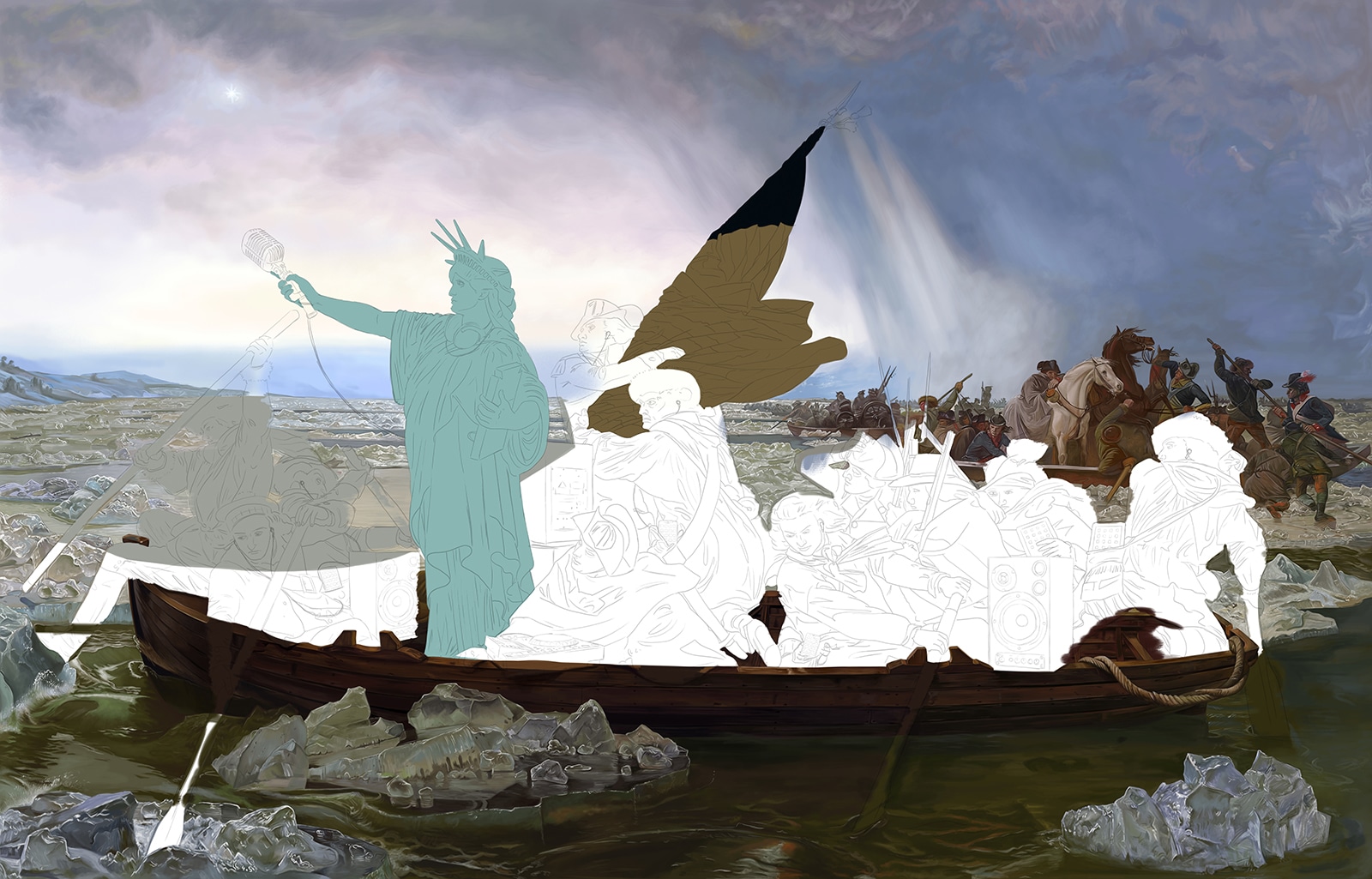 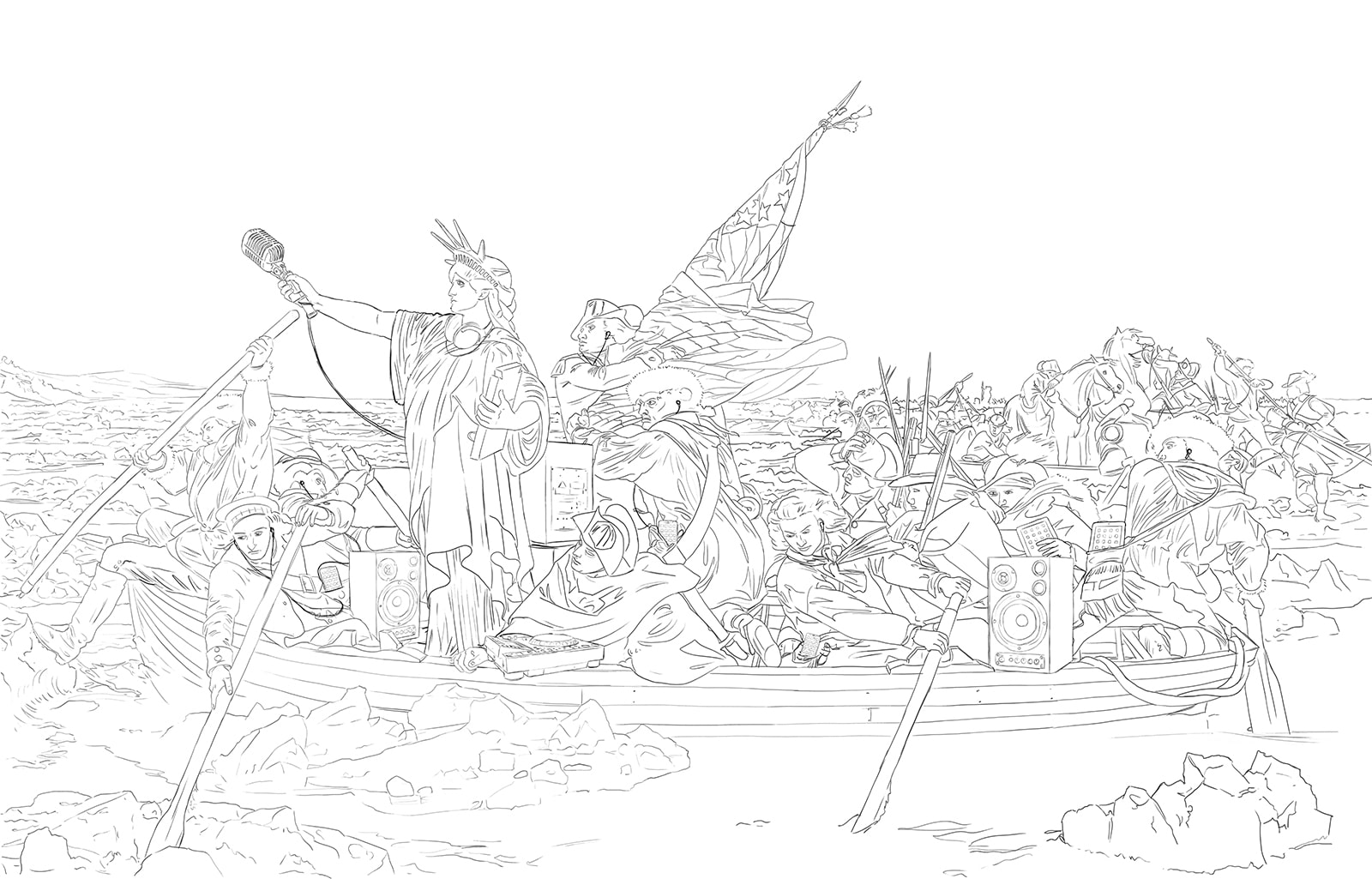