As a joint project, three caricaturists who live and work in Greece (Stavros Damos, Costis Papatheodorou and Rob Snow) joined forces to create a project to see how they would render each other out as caricatures.

The project aim was set to deliver a photograph of each other to the respected artists and those artists would then develop a caricature in their unique style of the caricaturist in question. In the case of mine, I usually like to render out a sketch first and then scan this into photoshop and then digitally paint up the artwork.

Surprisingly the two caricatures of Stavros and Costis both took roughly 6 hours to render out. They comprised of several layers that split the important areas of the work, as not to provoke redraws on an error. Also, as part of my new style, I have rendered the two images out at 600dpi and at a large 12,000+ px height. This allows the detailing that can be seen on the images to look finer when the images are reduced in size. 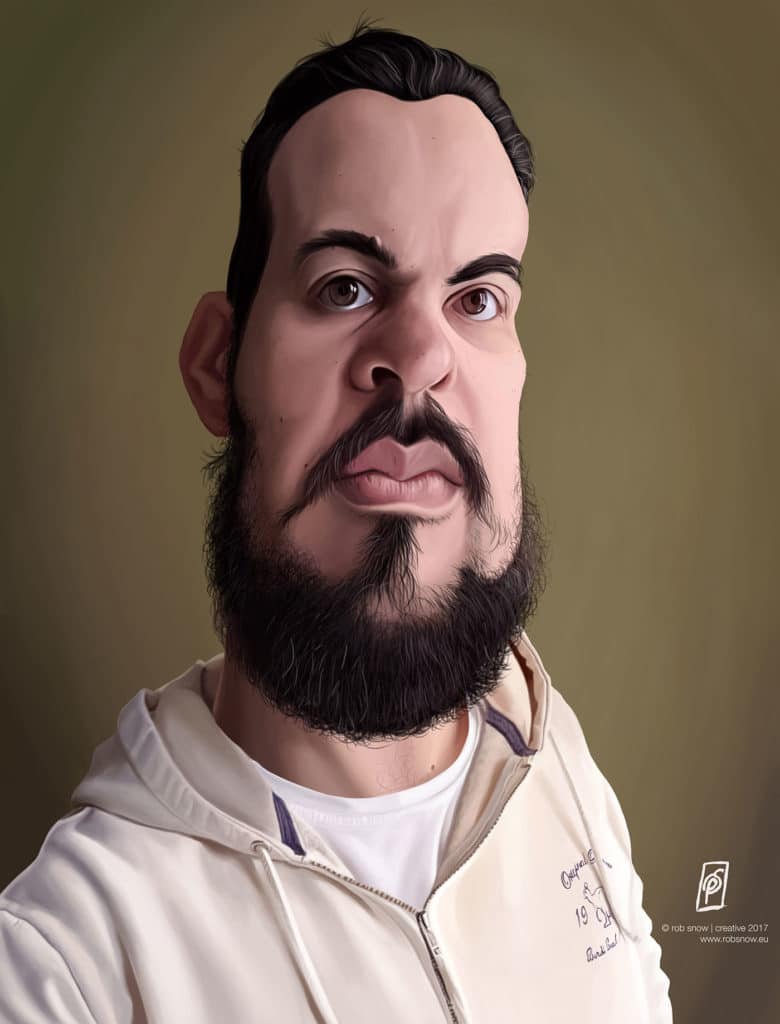 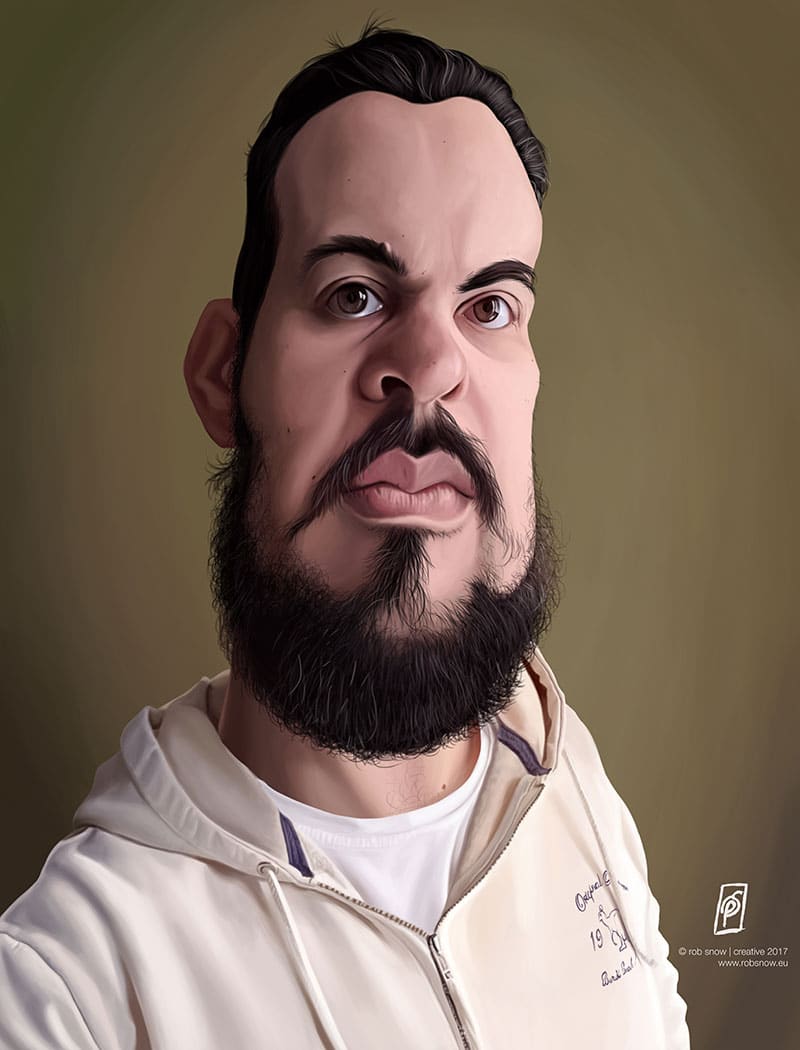 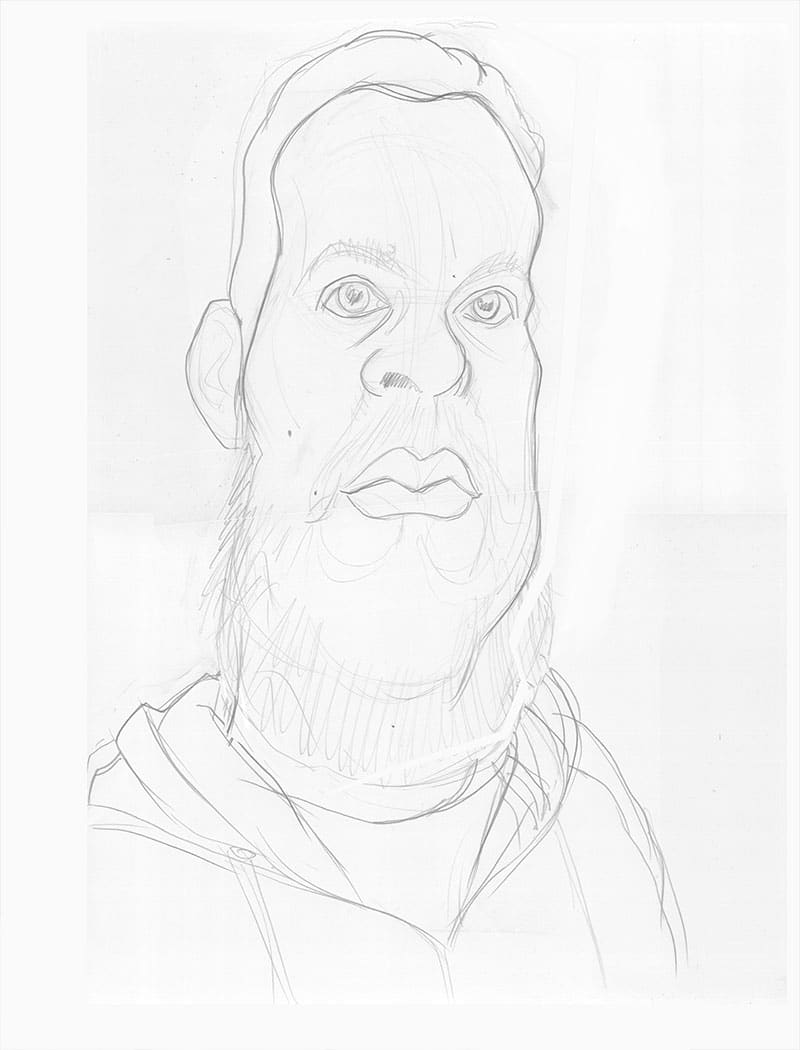