Enough room to swing a cat?

The new exposition to spacing your cat house.

Some interesting projects come along at Fiverr Pro, and this was no exception. The client, a British company owner requested that a set of components be made to help customers evaluate the space inside their constructed cat houses.

The outline of the brief was a simple, to create several versions of a set of illustrations that can be used in a internet based download, to help indicate how to measure the sizes of the cat house built by the client. Included in those illustrations were to be 2 standard views of the two sized houses (see above), two illustrations that showed the cutaway effect to indicate the build of the wooden house, and a sheet of paper representing several newspapers.

The concept was straight forward, as the client provided me with two models built in SketchUp that would serve as a basis for the design of the illustrations. 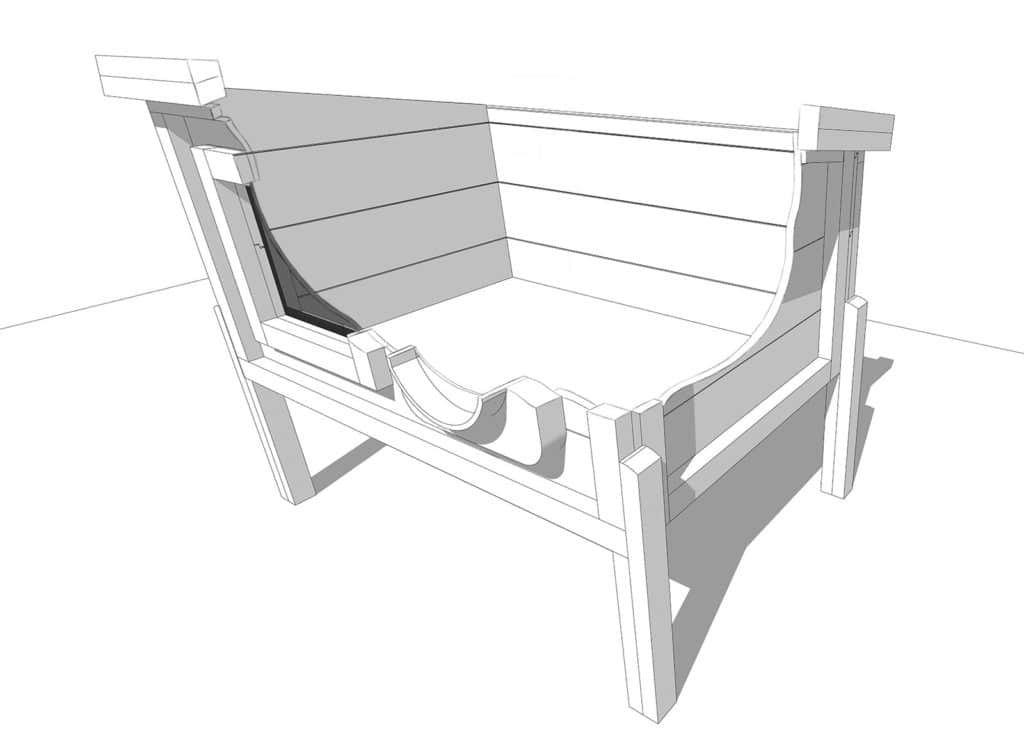 From these models two sets of two angles were generated for the required four illustrations. One angle set-up was also used to remove/hide certain aspects of the house in order to purvey the cutaway effect that would be illustrated digitally, later.

After the images were generated then came the long process of rendering out the images. Instead of rendering the wood live as it was in situ, it was decided to render out eight line planks, that could be utilised as the faces of all the necessary elements of the wooden construction. These planks were sized, stretched and skewed to fit the necessary perspectives, and the houses were built up like that.

The cutaway aspect was hand rendered as well as the cat flaps, to complete the final look of the designs. In addition to polish off the two designs, two cats were rendered out to make the illustration look more real and alive. All these were then rendered out into the necessary versions of the products and sent to the client. 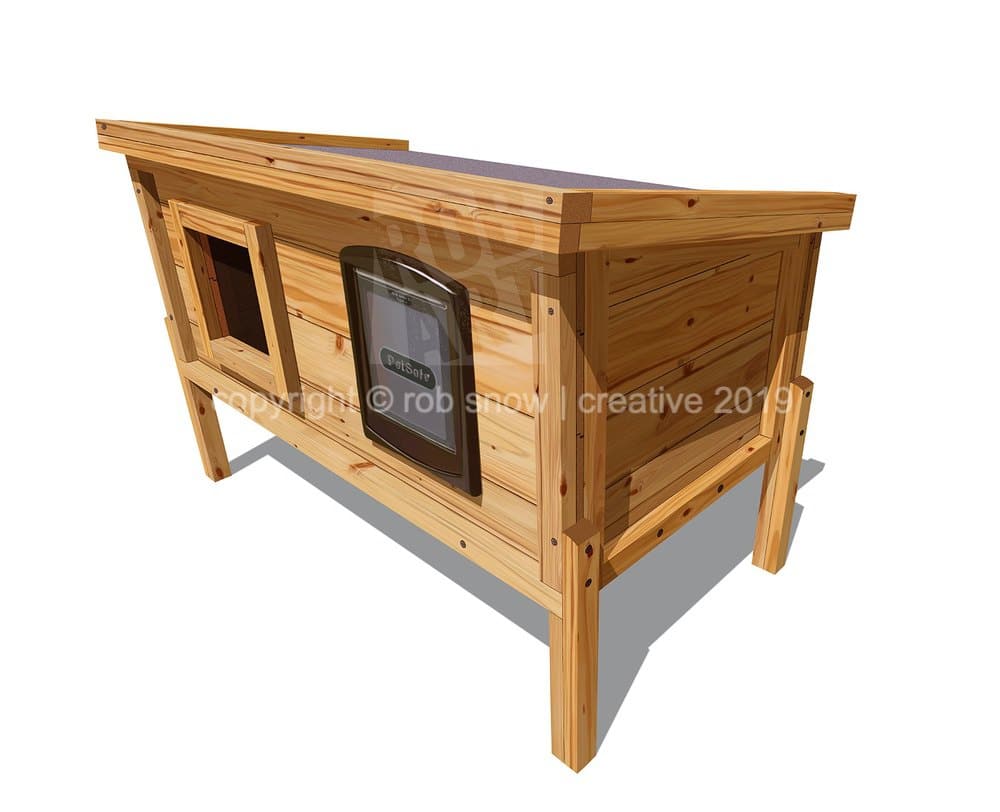 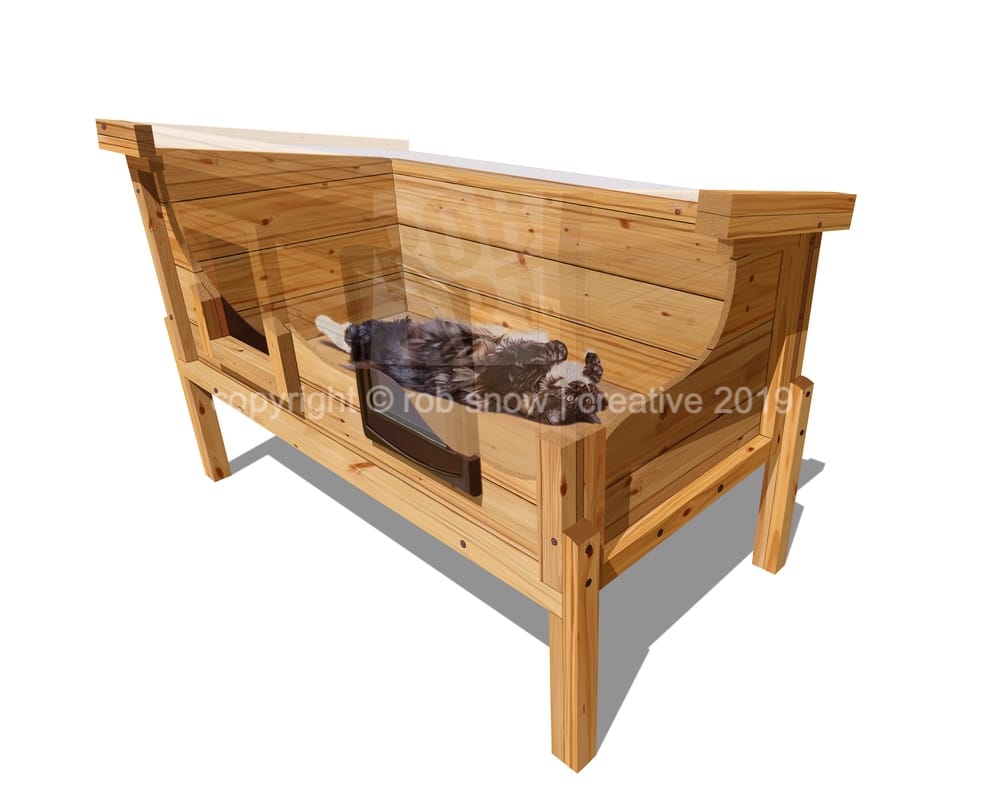