In early October 2016, I was invited to attend and participate in the Graphic Stories Cyprus conference, in Nicosia, Cyprus. My role would be to be a guest speaker and a workshop coordinator, which I involved myself in. Whilst there the GSC team opened a new exhibition of over 100 posters, called “Nicosia: City of Utopia“. Some time later, and after my renewed invite to 2018’s conference the organisers asked if I could do a special addition to a new event of the poster exhibition, to be held in October 2017, so I set about designing the piece “Break the Divide“.

This is my final contribution; “Break the Divide“, to the 20 selected poster exhibition. The idea was born from two factors; firstly, after much research on Nicosia, I found little mythological or historical to do that could be creative in a poster idea, and secondly on my visit around the city, I saw the famous border between Greece and Turkey. I was pretty surprised at the lack of effect the “so-called Green line” had, and thought it would be good to try and represent it in a symbolic way. This was an intent to rid the world of such borders in a thoughtful way.

It was designed digitally using a montage of resource images, and sketches out in Photoshop. Then later rendered in several layers using a set of Photoshop brushes, called Gorgeous Oil. They gave a more natural and painted feel to the artwork, which turned out quite well. 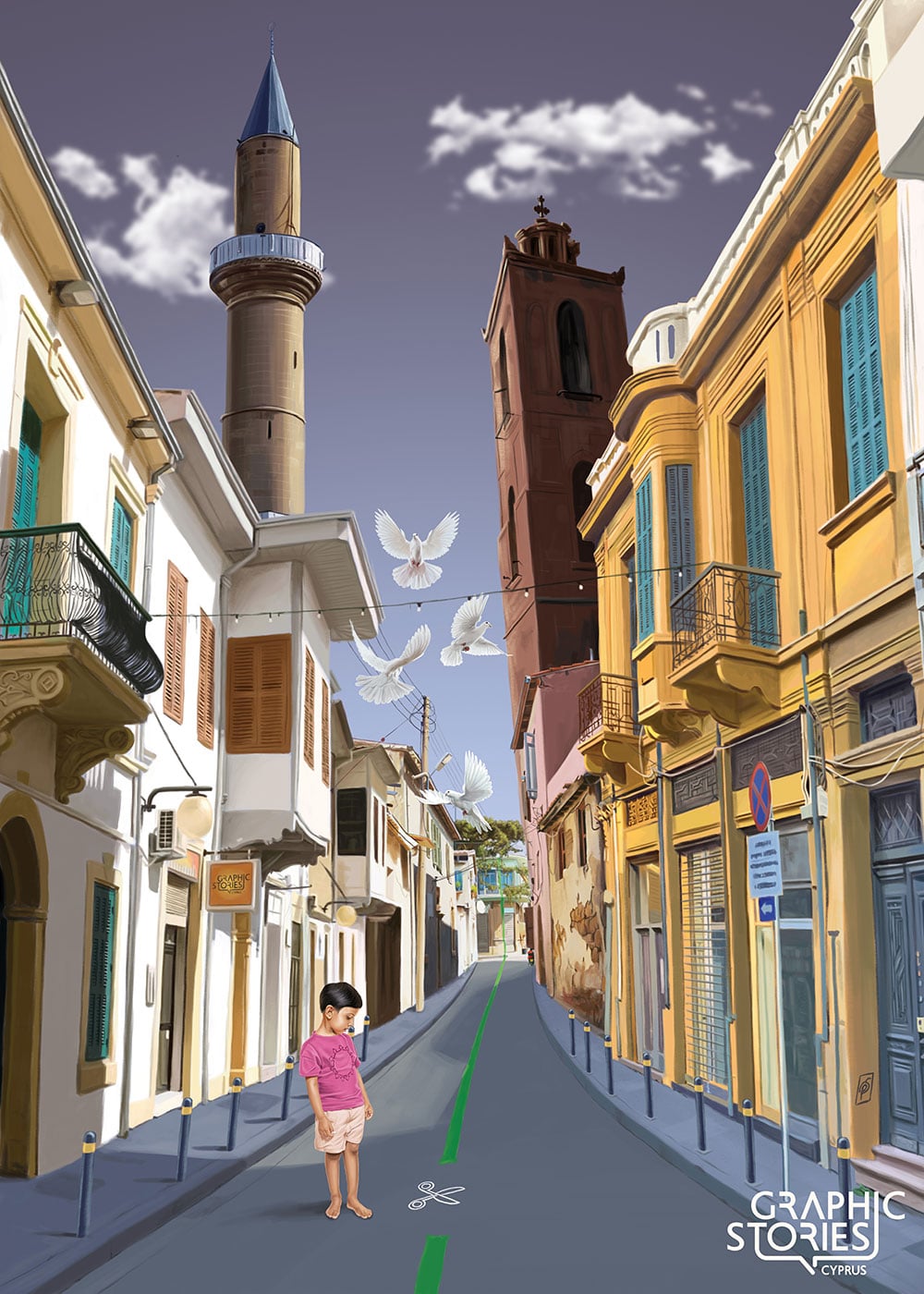 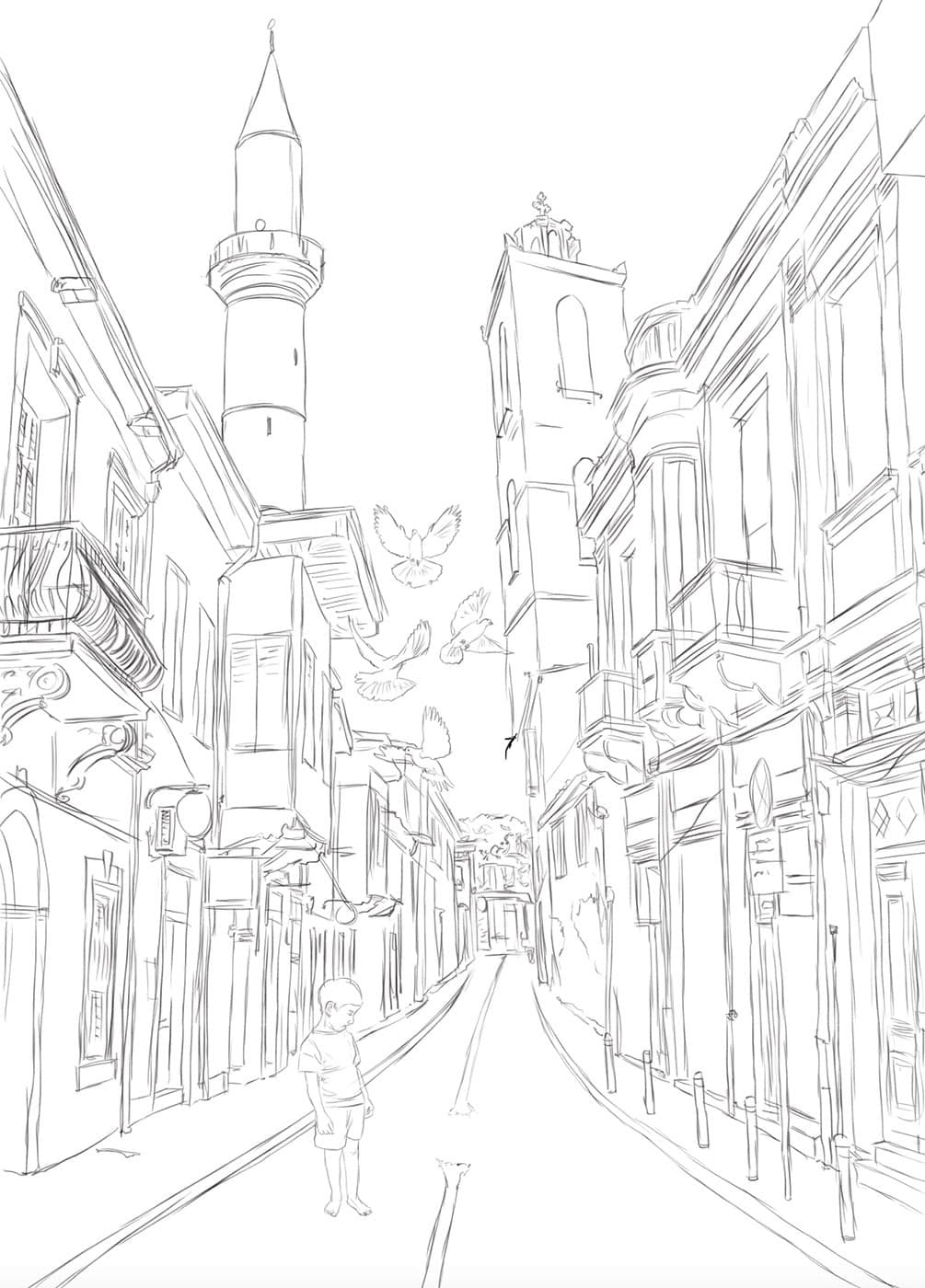 The image I believe came out well. The only change that was required was the slight reposition of one of the doves, and the line to be painted “Green”. All in all a good piece to do.

The exhibition took place in Nicosia, Cyprus on 20th October, 2017. For more information you can visit the site, here. 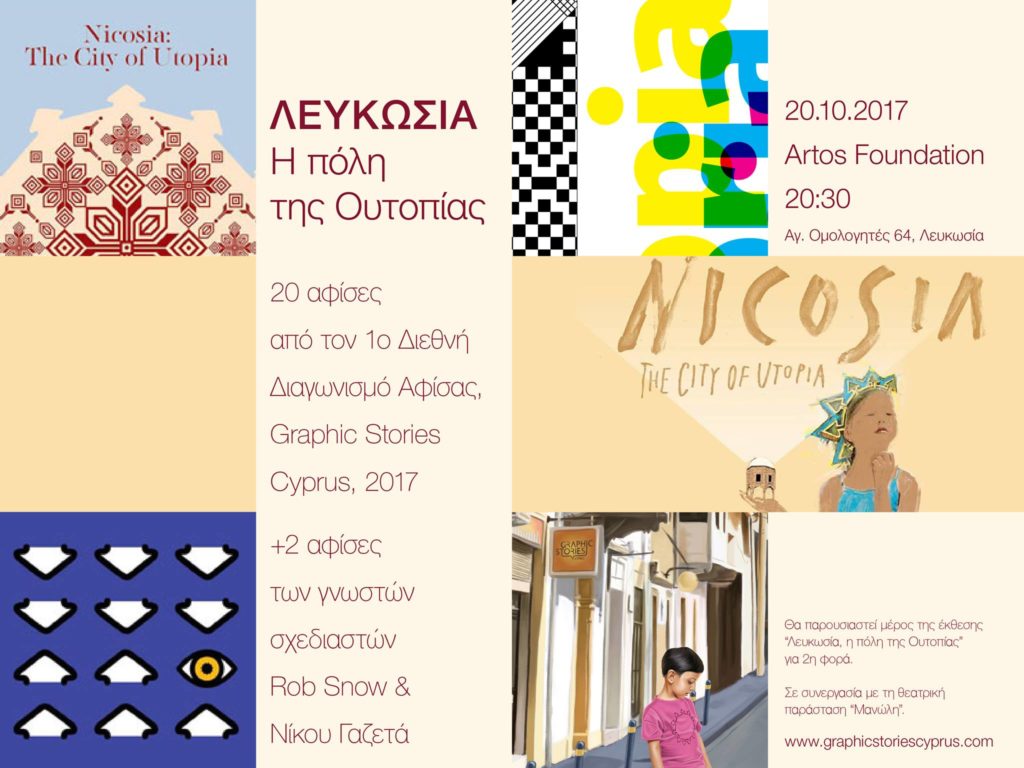