Has he finally been Trumped?

The anti-campaign caricature for 2020

Some interesting projects come along at Fiverr Pro, and this was no exception. I always vowed to not do caricatures of people I had a loathing towards, but when a negative caricature for Trump was requested, then I jumped straight on and wanted to prove my worth. It was a challenge, and the concepts were hard to get, but it worked out well in the end. 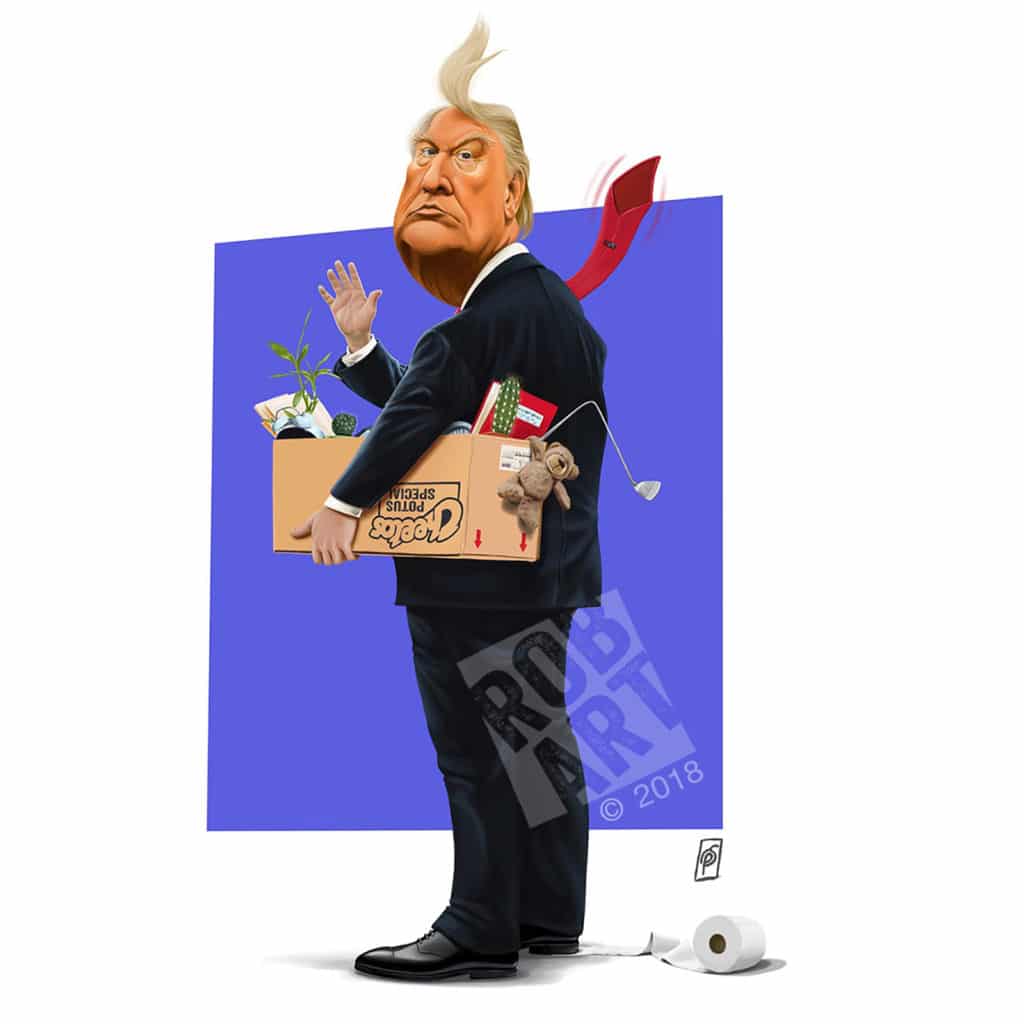 Some interesting projects come along at Fiverr Pro, and this was no exception. I always vowed to not do caricatures of people I had a loathing towards, but when a negative caricature for Trump was requested, then I jumped straight on and wanted to prove my worth. It was a challenge, and the concepts were hard to get, but it worked out well in the end.

The outline of the brief was a simple, to create caricature of Donald Trump looking dejected and waving with his hair as well as his hands, as to say ‘Goodbye’, for when he looses in the 2020 US elections. The client wanted several concepts to choose from, so I did four, but this was the best of them, and when the client cancelled the project I decided to render it out to see if I could do the artwork justice.

The concept was simple, the notion that Trump is a sore looser was a necessary part of the illustration. It was important to capture some of the key aspects of man and put them into the drawing. Even though a bust shot was requested I decided to do a full figure in hi-res, so that options were available in the way it could be displayed. Being able to crop it at the waist area, would make the caricature multifunctioning. The main as pest from the client was to have a focus on the hair waving. As there are several image if the wind blowing it in a way that resembles a raised hand waving, it was a the approach to follow.

The sketch was made after doing a reference drawing from some photos of the man. As I shared the development of social media, several people mentioned aspects that should be included, so they were incorporated into the design. If you look closely, the tie has a ‘make in the USA’ label, the box has Cheetos written on it, there are two cactus in the box (remark about Mexico) and he has toilet paper coming off his shoe. All this with the overly orange face, was drawn together to capture as much negativity as possible about Trump, to emphasis the caricature. 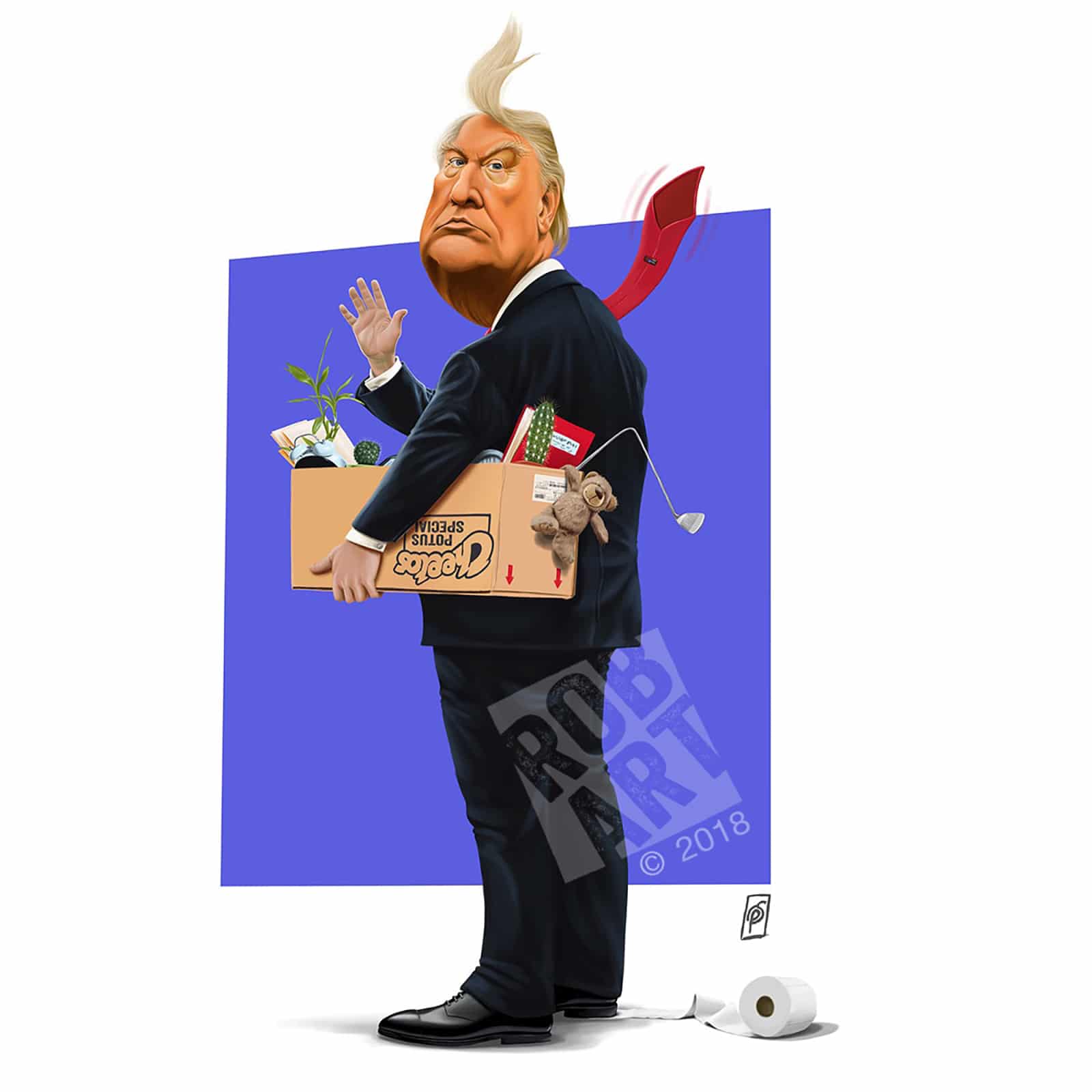 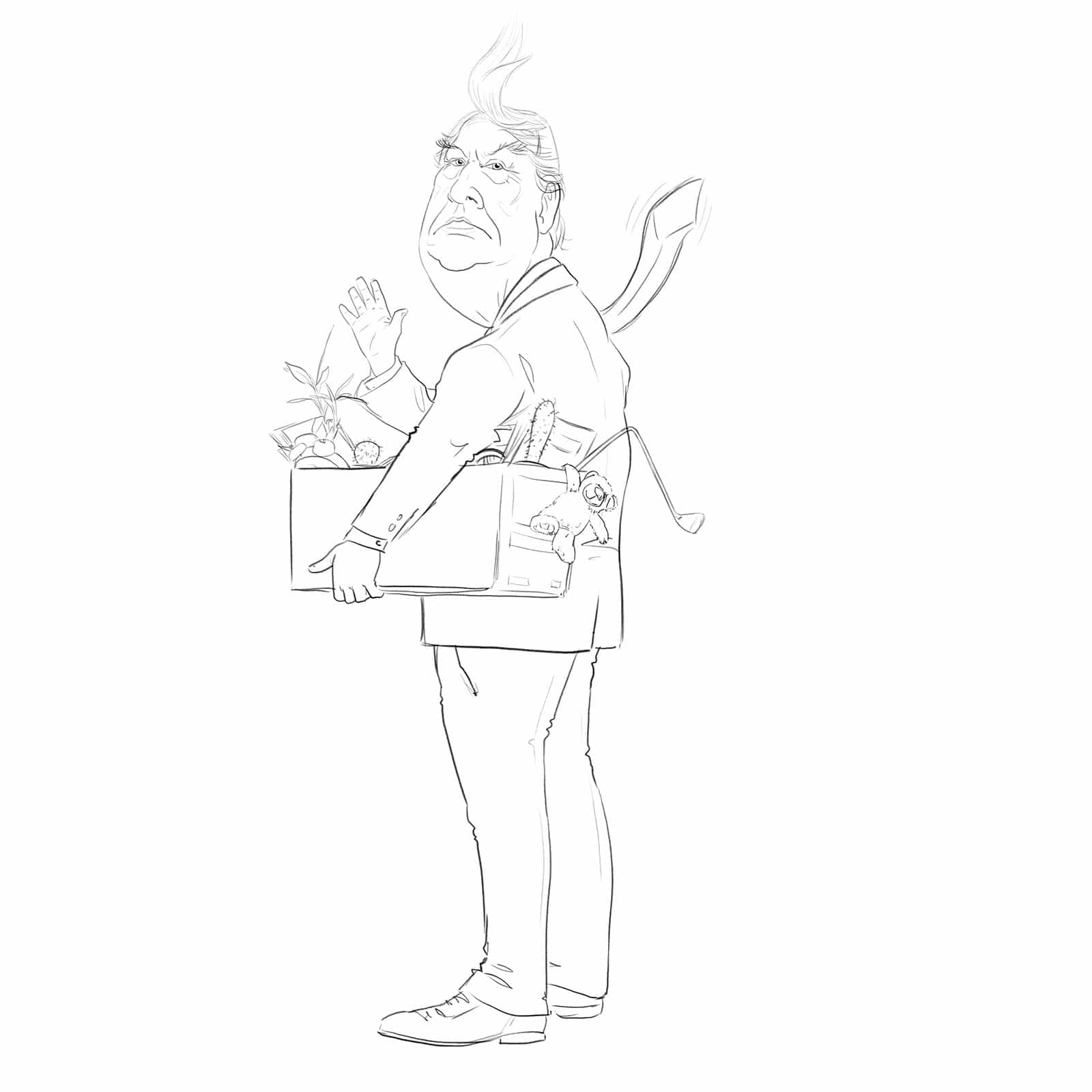