Riding with the Four Horseman

A new label design for the Nissos brand.

Apart from my Fiverr Pro work, I also have some regular clients that come to me for illustration work. One of those is Nissos Beers. They reside in the Cyclades in the Greek Aegean Sea. I have now achieved my fourth label design for them; the previous ones included Seven Beaufort, All-Day, and Tholi. This label was to venture back to my full illustration style. Nissos had recently seen my Minotaur illustration and asked if I could render it in that style. So, with the name of Apocalypse (αποκάλυψη) the challenge was on. 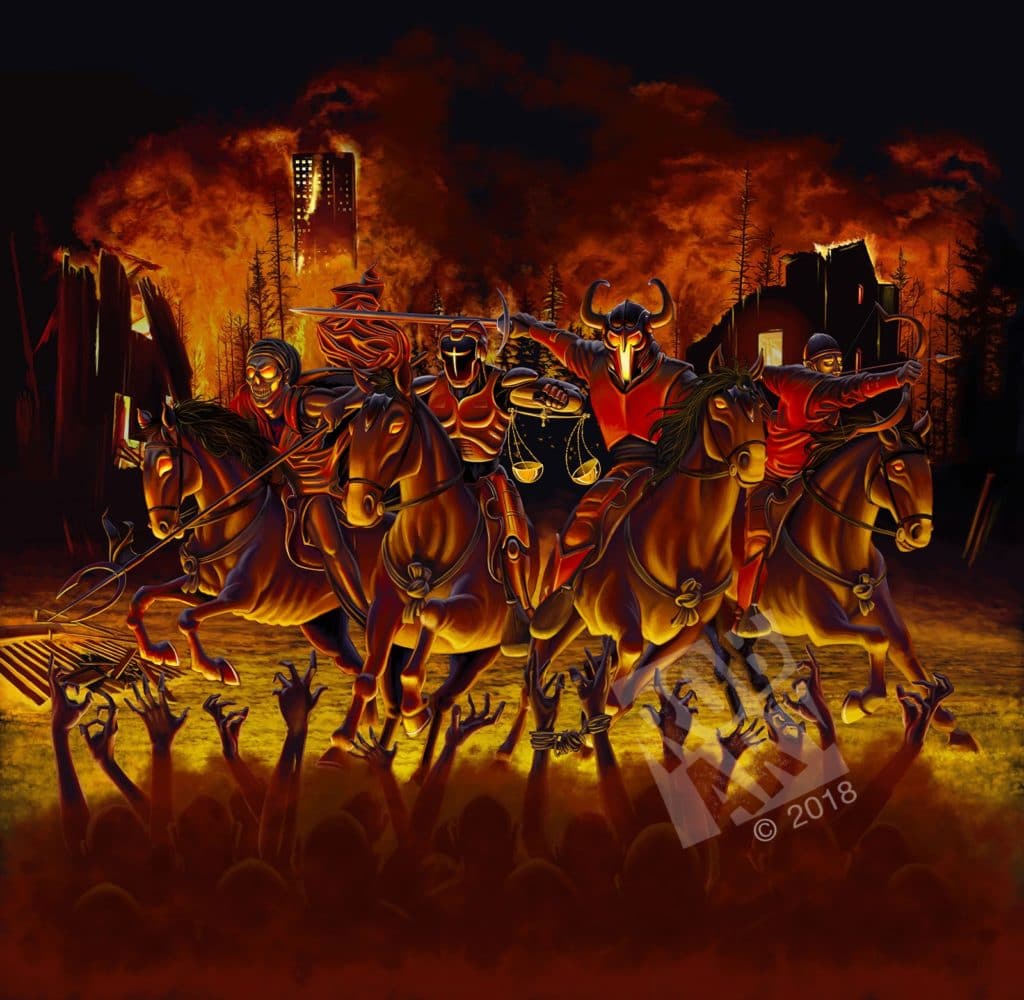 The outline of the brief was pretty; to create an illustration for a new abbey style red beer, in the style of my Minotaur illustration that represented the Four Horsemen of the Apocalypse. The colouring of the illustration had to be solely or predominantly red to hence the understanding of the beer.

The illustration was going to take a lot of planning and preparation. To begin with I had a lot of research in the original illustrations of the Four Horseman, and especially the one created by Dürer! Though I wasn’t planning on copying it I want to gain some traditional insight into the theme. Then I spent some time researching horses and the look and feel of them running. From this I did an initial sketch, which can be seen below.

Once the initial sketch was made I began work on the rendering, using reference images to get the look of the burning fire in the forest, as well as the different horses. As there was no real reference for animals and riders riding over flaming ground I did some tricks, like finding well lit photos of horses and reversing them so the dark became light, and it held as a reference for under lighting. The whole piece took over 3 weeks in total to complete, but was changed a few times in order to add the necessary dimension to fit on the label. 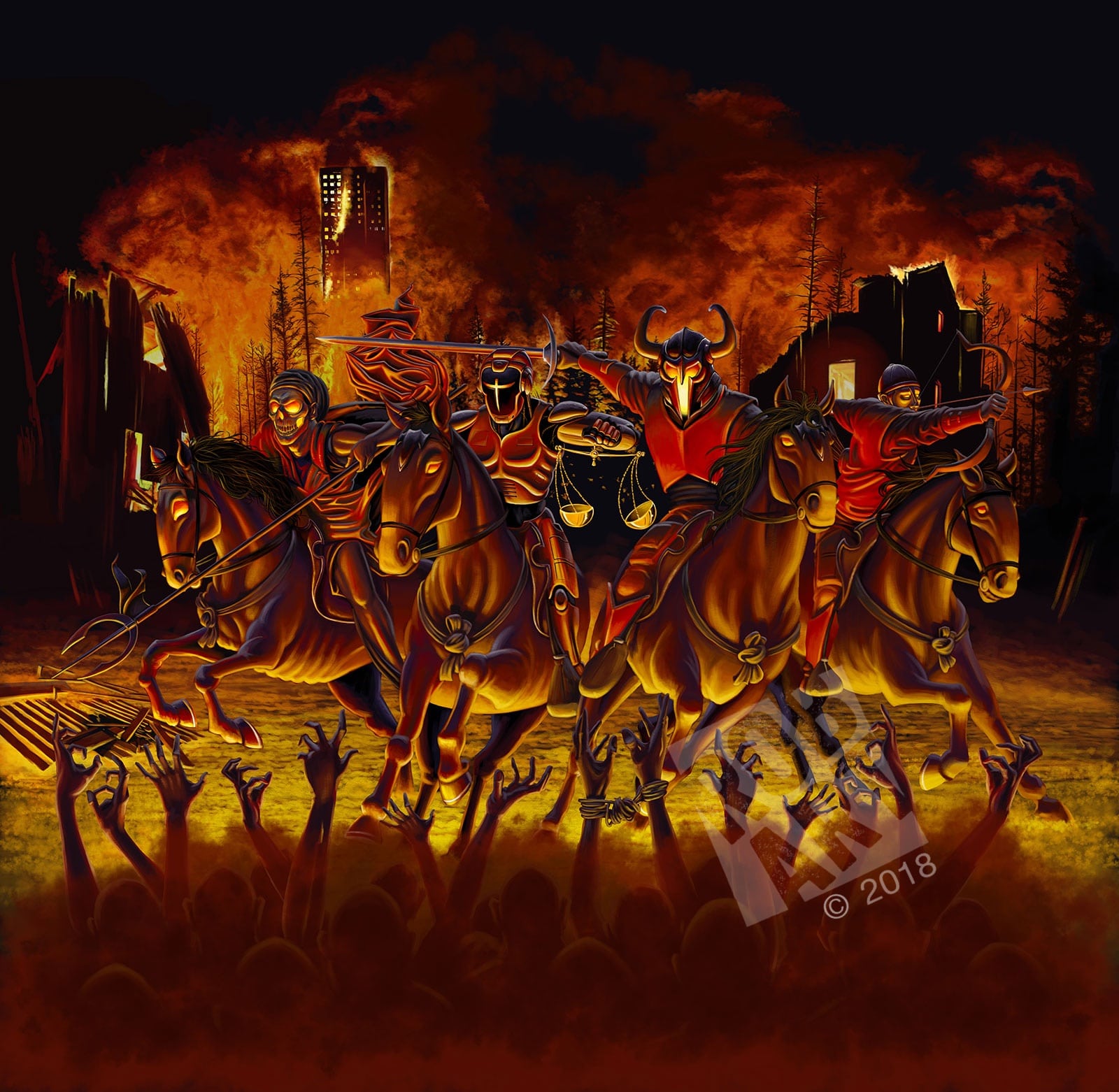 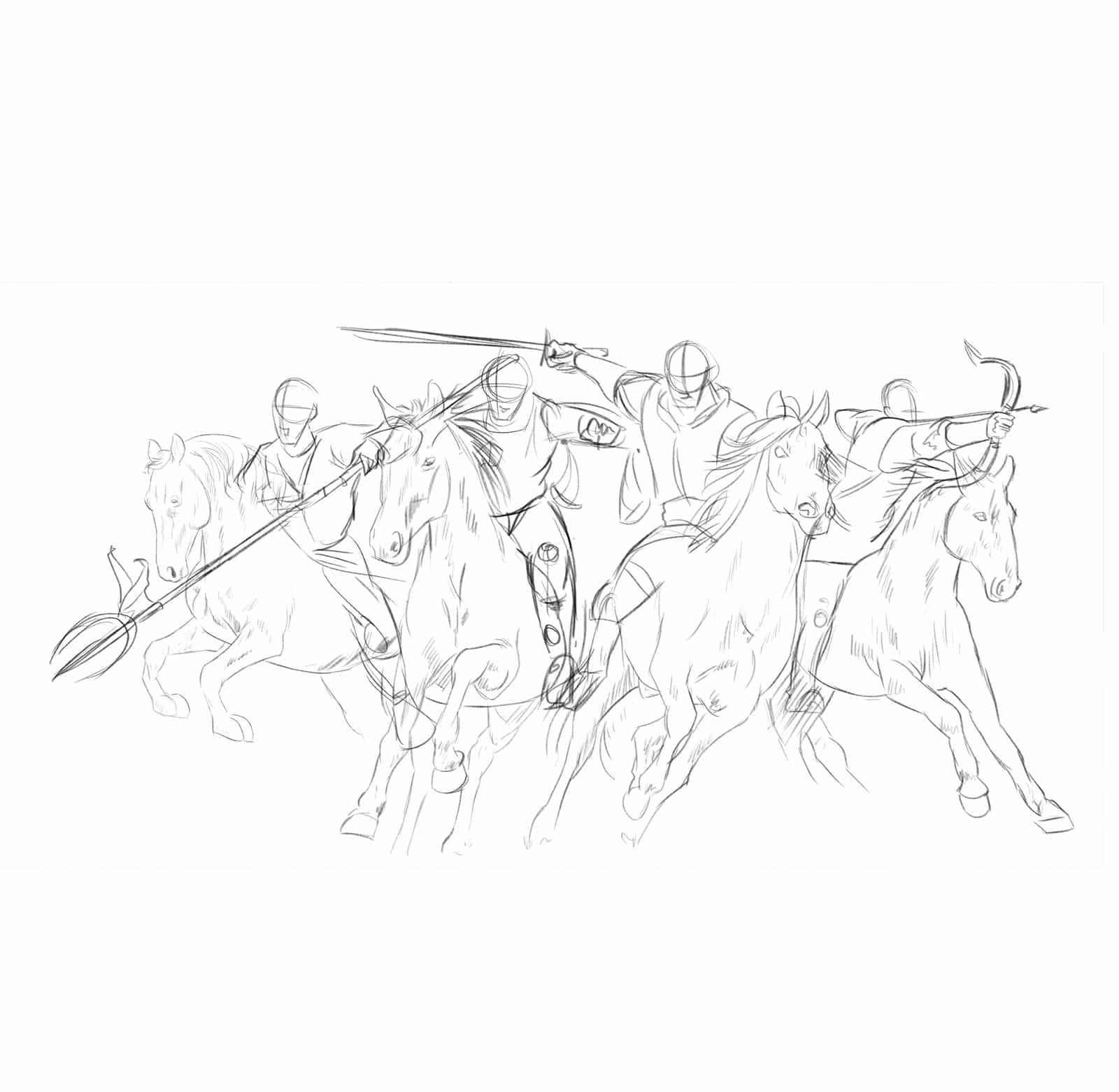