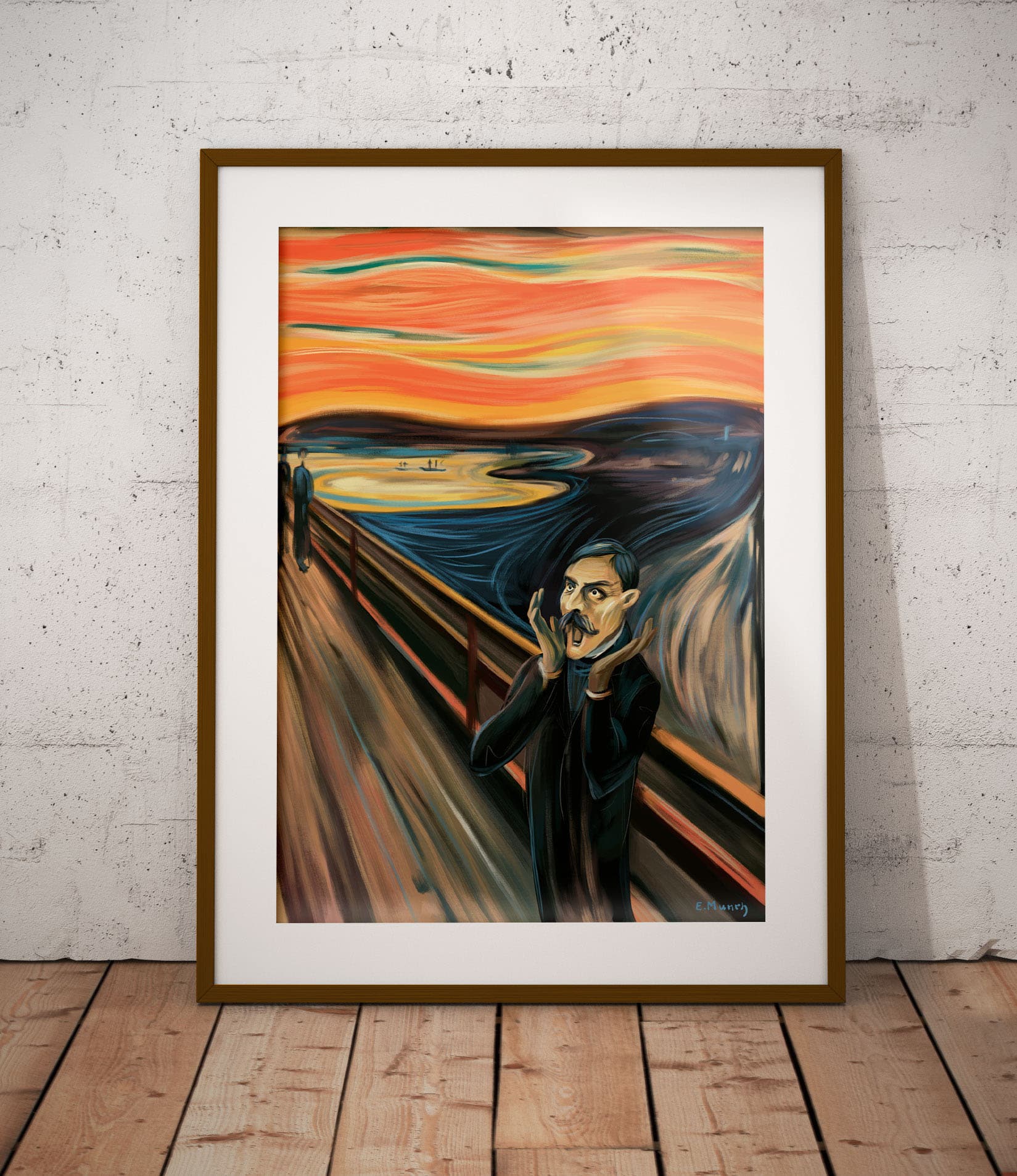 So, I was sent a link to an Adobe contest. On first sight it looked interesting. The idea was to use a set of specially designed brushes; made by Kyle Webster of Kyle Brushes, to recreate a possible (plausible) Fifth Scream. The painting was originally painted in four different versions by the Norwegian artist and German Expressionist painter; Edvard Munch.

The contest, called Hidden Treasure, is coming to a close in the in relation to the artist contribution stage. I have just completed my version, when I saw a very small footnote stating that the country I am resident in, is not eligible for the contest; I just couldn’t believe it! How can a European country be excluded from an Adobe competition? Asked the question, no answer. Seems like Adobe are avoiding the need to give specific details on the matter. Anyway, as I had completed the piece I decided to post it anyway.

So hear is my project and images to support my entry into the competition. You can find my Behance project here, if you’d like to ‘Appreciate’ it! Are you the master of your generation?
Edvard Munch painted four versions of “The Scream“. Now it’s your turn to create the 5th version using his digitally recreated brushes. Edvard Munch has always been a notable figure in the world of art; especially for his iconic and gothic looking ‘Scream‘ masterpiece, in whichever of the four forms it takes. Adobe has decided to see if a fifth version could complete the series, by being rendered by a talented digital artist.
The challenge was opened, so I sought the opportunity to see if I could respectfully portray my idea into the final and fifth ‘Scream‘.
I have been a fan and user of Kyle Brushes for some time now, so when I found out that the creation required the use of these wonderful additions to the digital toolkit I was very pleased. After installing the brushes I managed to do some test (see below) and get used to them. The final image actually used all of the brushes in some way or another.

There really wasn’t much of a process in the delivery of the image. I did however do some work in getting used to the brushes, by trying to do a portrait of Munch in a basic style that reflected his brush work.

Also below, can be seen the basic path I took to complete the piece.

The competition is being held via Adobe Software and the details can be found here!
The concept was to show a transition of the process to allow the horror of the image to be eventually realised by Munch himself! So I painted the entire image as a replica and added a stylised caricature of the great painter in to replace the Screamer! Acceptable use of your work