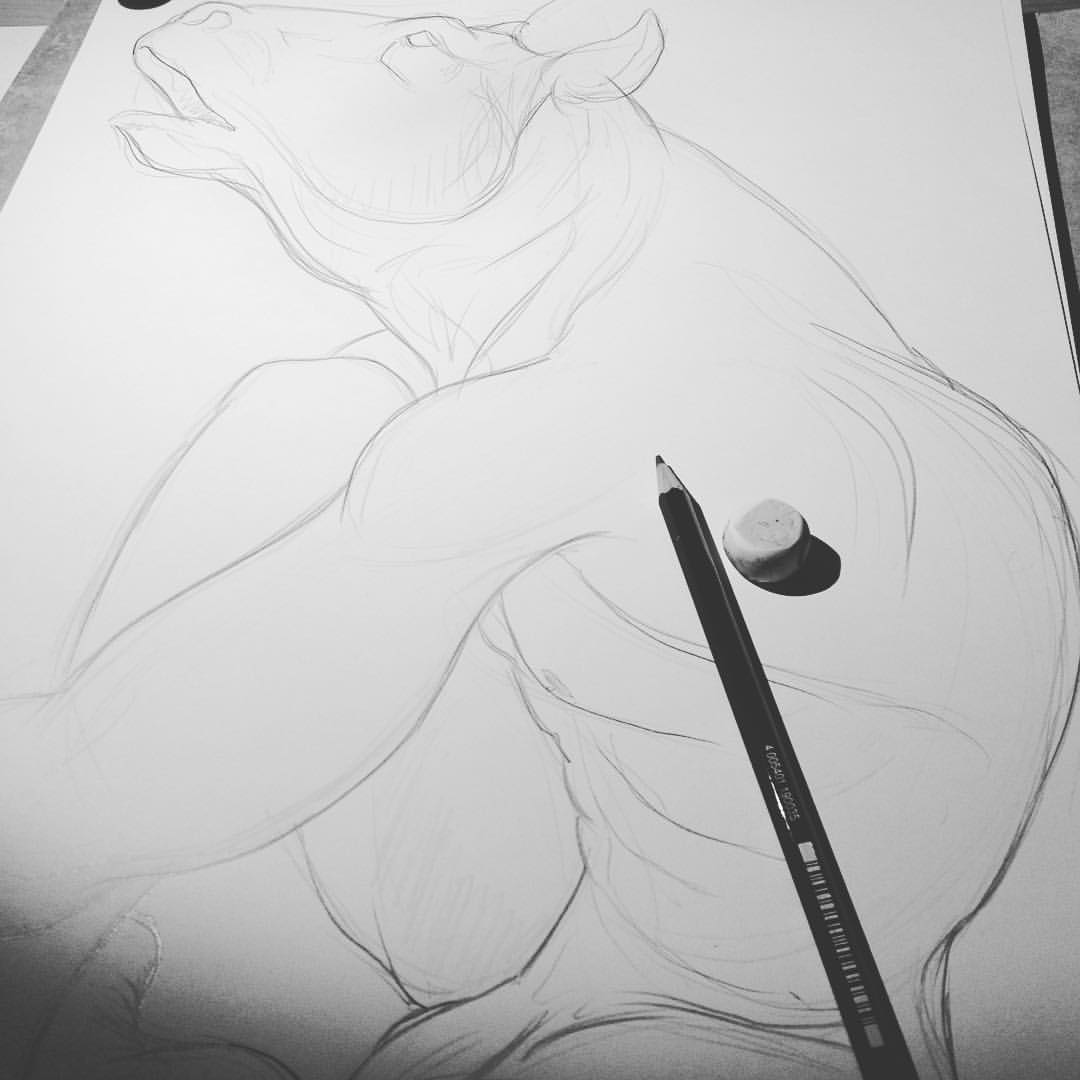 [vc_row][vc_column][vc_column_text]Never been to Crete! Have a few friends there, and one of the few things I know of modern day Crete is the wonderful work of Takis Animal Shelter. That said, I do recall, whilst standing on the edge of the volcano in Santorini, that the Minoans escaped the collapsing volcano to flee to Crete, only to be hit by a tsunami some time later.

That was their fate! My fate is that I have been invited to enter an illustration in an exhibition there. The collection will be called “100 Hundred Posters for Crete“. More information can be found on their Facebook page.[/vc_column_text][vc_single_image image=”17468″ alignment=”center”][vc_column_text]I was a little apprehensive to start with, as I said, I knew nothing of Crete really. Anyway, as the method of my thinking goes, my trips into lateral thinking kicked in, and it was during an episode of “American Gods” that I found a little inspiration in an idea. Luckily I found that the legend of the minotaur was set in the isle of Crete. So, I popped into creative mode and thought out a way to try and visualise the myth in a more clever and creative way.

What you see above is the first stage preliminary sketch I did this morning. Showing the minotaur seated and whaling in grief over some matter. As soon as the sketch is complete I will have it scanned into the computer and rendering will be started, to have it ready before the June 15th deadline. If you are interested in attending the exhibition, it will be held on Saturday 29th July through to Tuesday 18th August 2017, at the Omen Art Shop Gallery.[/vc_column_text][vc_single_image image=”17470″][vc_column_text]More news to come of the event nearer the time.[/vc_column_text][/vc_column][/vc_row]