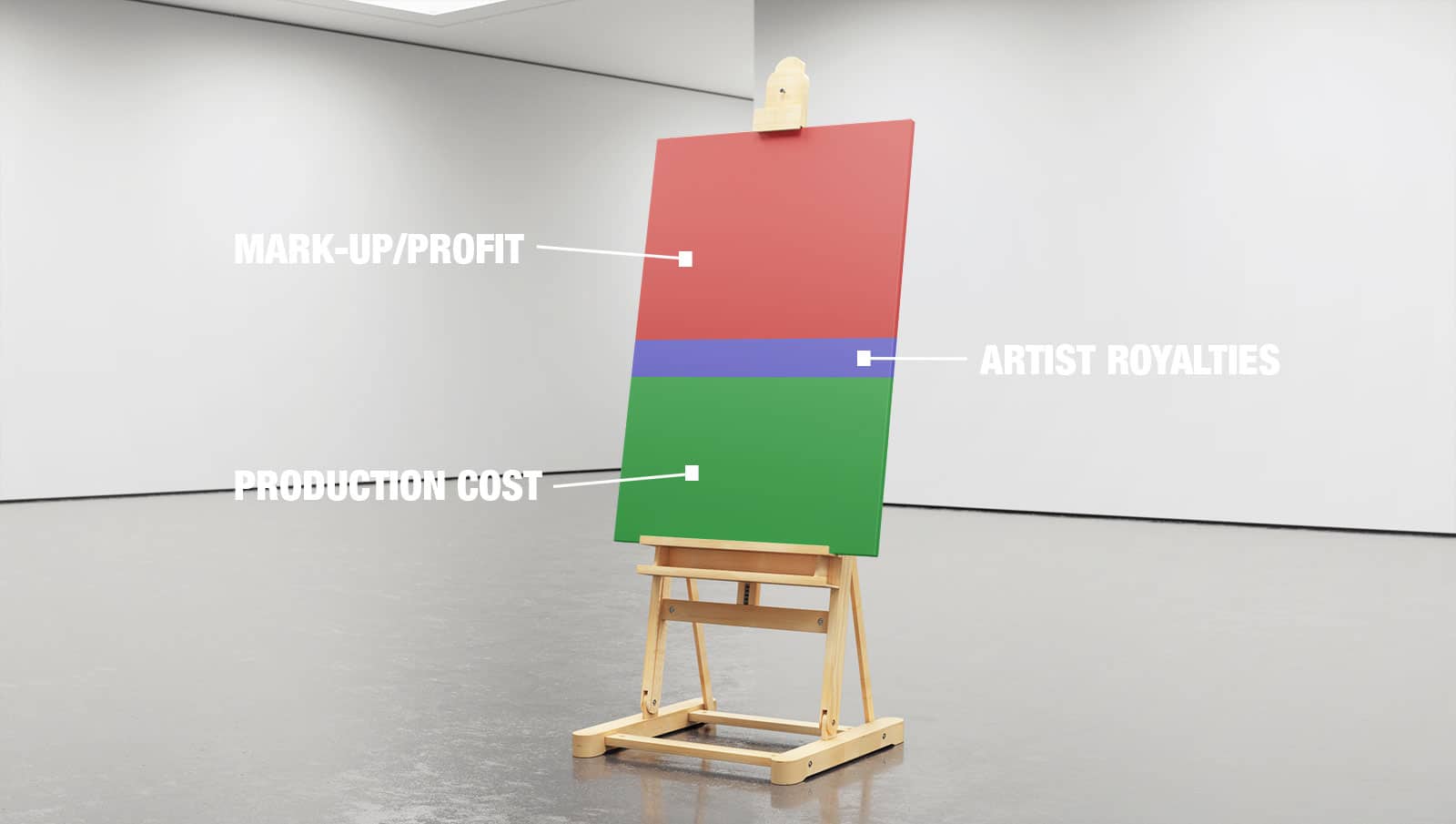 [vc_row][vc_column][vc_column_text]I need to get this off my chest! Let’s start with this little nutshell; the Statute of Anne (basically the first ever law to protect artistic control over a creative’s work) was put in place in 1710. This was an enforceable law act that was created after recognising the fact that individuals (at the time publishers who reprinted articles without remuneration) would try to rip artists off without a thought. How much has really changed?[/vc_column_text][vc_single_image image=”84708″ alignment=”center” img_link_custom=”https://en.wikipedia.org/wiki/Statute_of_Anne”][vc_separator height_2=”10″ height=”10″][vc_column_text]Well, in all honesty, nothing. I am penning this article after a recent back-and-forth with an interested party. An interested party who wanted to sell one of my art pieces (for the sake of legality, I won’t mention them directly). The premise to the failure to come to an agreement, was based on two major points. Proper recognition for the fact that the work was mine, and therefore I had the bargaining chip in the negotiation, and the second was they were wanting to dispatch the print file to China for printing on canvas (this tends to be done to reduce costs and increase returns). Please read this article about China and their wondrous exploits in counterfeiting before continuing.[/vc_column_text][vc_single_image image=”84709″ alignment=”center”][vc_separator height_2=”10″ height=”10″][vc_column_text]I have literally been told by several parties (all of which seemed to have nothing to loose), that I should chill out about all this protectiveness over my art. Well, let me explain a few things to enlighten the readers of this, to see if I can sway the opinions of why ‘some’ artists, like myself, get defensive over all these matters.

Art is a very personal thing, but when the expression is put into the public domain, then the feeling that you have to let go a little to your brain child, is almost the same as that feeling of seeing your ‘once’ child growing and leaving the maternal nest. You have strong bonds, but know you have to let it go. In a commercial world, this means you expect the artwork to be respectfully liked and paired for. After all, us artists have to make money to live. We are not all subject to art grants, street peddling or being victims to unemployment. So, when people continually make this point that the art you made is just a commodity that has no intrinsic value, then I have to disagree.

Look at the image above. I will relate to it again later, so keep in mind, what value does that canvas have on the wall, without the artwork “we” create placed on it? Do you ever buy a blank canvas and hang it on the wall? Probably not! So, the art is the important aspect of the whole “let’s hang something on the wall.” scenario. So why are artists treated like nobodies when it comes to the dealing of art, and the actions of counterfeiters of their art?[/vc_column_text][vc_single_image image=”84712″ alignment=”center”][vc_separator height_2=”10″ height=”10″][vc_column_text]I have been told recently that I should put aside my quibbles about having my printfiles sent to China, to realise that the deal is a good thing; which was offered by a trader. The truth was the amount of money I would have gained over the deal, far out weighed the trouble of dealing with the almost sure counterfeiting that would go on with my original file in China, on top of the massive amount more money these thieves would make over my small amount.

So, what does this mean. Do all artists have to live in poverty? Are they resigned to scrapping a living due to ill-consideration of the fact that without their art, there literally would be no profit to be gained. Well, these marketeers and sellers see only one thing; that being $$$. They have very little regard for artists concerns, rewards or practices. I have had it said that many don’t care how my art looks on the product as long as it’s out there, it May make some money. Myself, being the creator, do give a fuck if my image looks bad on a tee-shirt, canvas, mug, whatever. but this control is seldom given.  One site I sell on even asked me to remove my monogram from my art. This is my identifier, the thing that I use like a signature statement to re-enforce my style.[/vc_column_text][vc_single_image image=”84750″ alignment=”center”][vc_separator height_2=”10″ height=”10″][vc_column_text]Now this is a rough guide to basically how much an artist gets out of a deal. It is obvious that we, the creators, get the worst part of this deal. The simple fact is, it is becoming standard now that artists receive 10% or less of the products sale value, and in some cases, of the actual profit! The latest deal that started this discussion fell through due to the fact the seller would not agree to my requests. These requests were justifiable ways to satisfy my desire to enter a contract that would have my art sent to China.

The end of this discussion can be concluded by saying regardless of contract, agreement or handshake, the seller rarely fulfils their obligation to this procedure and seemingly does it just to get the artist onboard. I can site many cases where the legally binding agreement has been ignored. Many of the failed obligations include; sharing previews of products, sending sales reports, informing of new contracts, and so on.[/vc_column_text][vc_single_image image=”85009″ alignment=”center”][vc_separator height_2=”10″ height=”10″][vc_column_text]So in conclusion, after 309 years in practice, the copyright act and laws do little to help small time artists. Here is an article on artist copyright as well as my own thoughts on the matter, here. Online inclusion of artworks results in counterfeiting on an epic level, and any real deal to sell your artwork will be met by contempt by some sellers, who simply see you as a supplier/commodity and not the creative you are.

It’s a frustrating way of life, especially as it doesn’t yield a fixed income. Life if the public domain is fraught with the sharks that swim in these waters, and only a good practitioner manage to save themselves. I will continue, as I have some good deals, but even those are not as lucrative as I would like, and with the plethora of art images out there, the struggle does become harder. Be very cautious of any deal, and read through their agreement very well. At the end of the day it is better to walk away from a deal that just doesn’t sit right in your gut.[/vc_column_text][/vc_column][/vc_row]