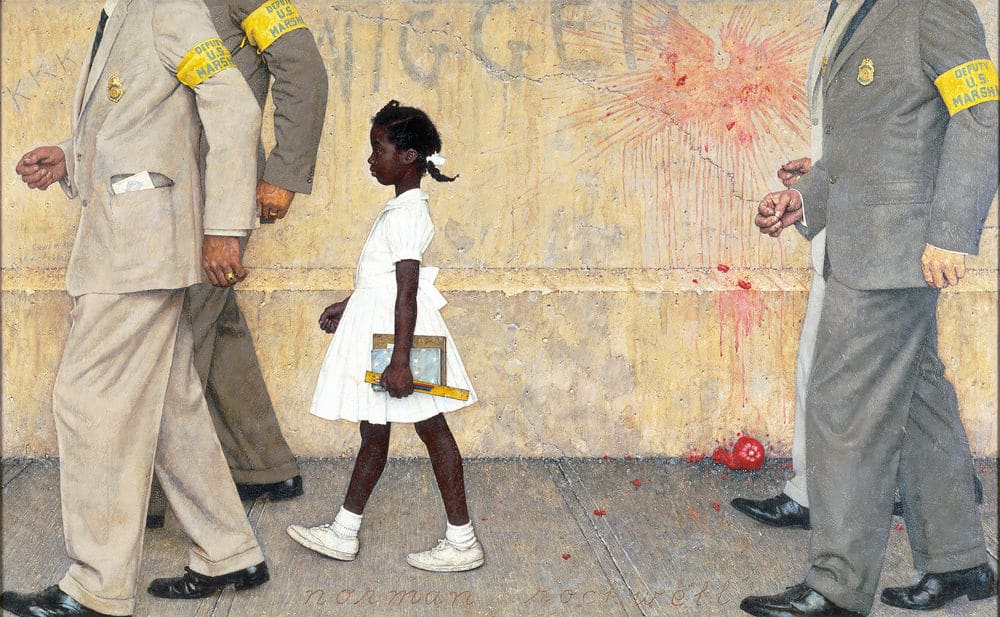 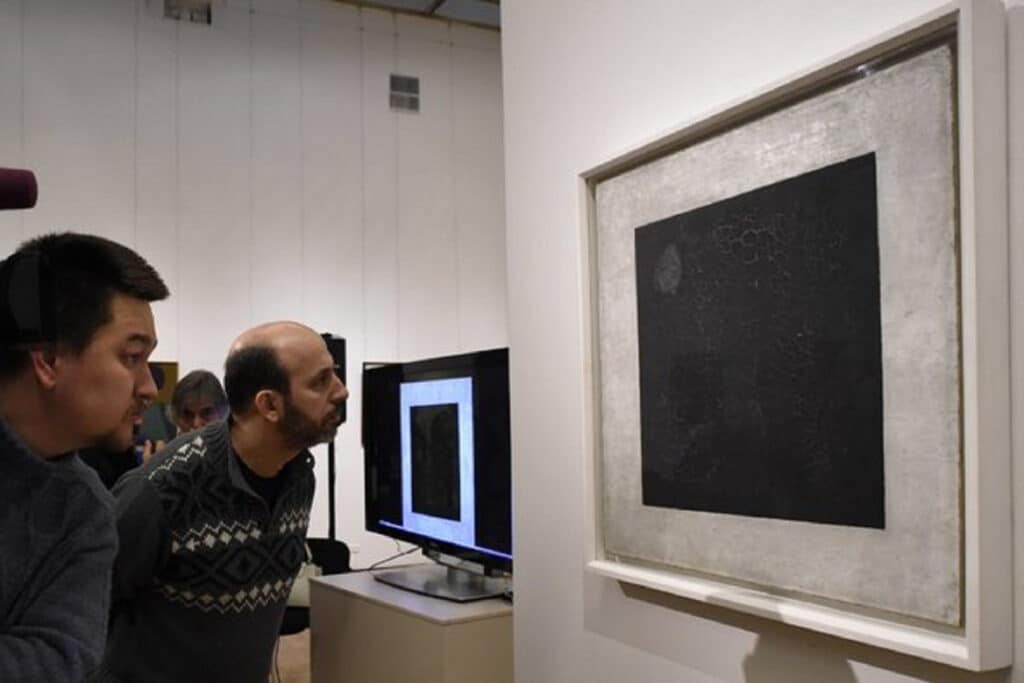 When I was a young child, my family moved to (what was then) the largest single housing estate in the UK. I was a little naive at the time, as I had not seen or knew much of the world and especially about race, but later found out that it was an all white estate. I found this out the day that a Sikh family moved some twenty doors down from our house. It didn’t affect, nor should it have, but what did was those whispers and closed door comments that are the root stem of racial differencing and then the growth of racism. Some of which came from my parent, even though they state that it wasn’t racism, it was just fact and opinion.

I mention this event as I feel these type of events shape you. I hope that my growth asa person and made changes to this and that I have now grow in maturity, intellect and wisdom to see that racism is a real weak method of subjugation. Today, I live in Greece, married to a Greek lady, with a half Greek daughter. In the day, when we started out life in Bristol, my wife would tell me that, on taking my baby daughter for a walk, other mothers would ask if she was Indian or Pakistani? This was due to her skin colour being dark in the summer months. It makes you think that part of this issue of racism, and the weakest and most shallow aspect of it, is basically the route of many issues that modern society faces: Our eyes control our opinions. Whether that is from fake news on social media or the colour of people’s skin. We first let our eyes define our opinion.

I am a caucasian male. I say that, not with any pride, but as reference to my actuality. Also, even though Rockwell (above) made strong observatory comments in some of his political illustration, this one even seems a little weird in its title. “The Problem We All Live With” is a reality, but at the same time not a general experience. White people will never know what it is to be dependent of an African stolen from their homeland to be enslaved and used as a free tool to make White people rich, and then be reminded of this on a daily basis up to this modern day with brutality, slurs and discrimination for the colour of your skin. So we can understand and sympathise maybe, but never really feel the pain and suffering.

I say all this as I have some stories of my art-based experiences. I never really try to incite any hatred in my work, nor do I even sit on any political agenda that promote such racial differences. I tend to paint because I have an idea. If an idea has subconsciously been triggered by some deep instilled thought that was placed there in another age from another bigoted person, I am sorry. It was never meant to be. Recently, I started to do images of animals and, a little later, caricatures. 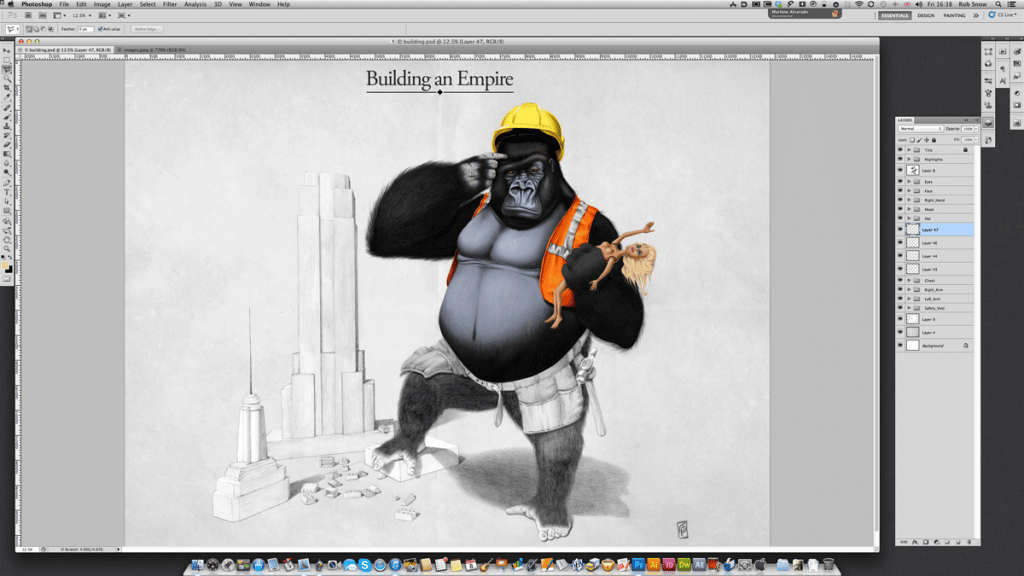 At the end of my second series of Animal Behaviour images, if came across an idea to mock the financial aspect of society and this play on the white, blonde mentality. The idea was focused around the play on King Kong, and the toys that people play with; namely Lego and Barbie dolls. I finished it, and then placed it on Behance as one of my pieces of art. It sat there for some time before one day I received a message:

“King Kong the book was promoted by prejudice White people in America. The book was used to promote the dangers of Black men and to make white women fear the Black Race. The book for a period of time out sold the bible. Just to remind you the most memorable line comes in the end by a white man. “It was Beauty that killed the beast”. Beauty is symbol of white and blond, in the movie Faye Raye is white and blond. You can see what she looked like at the end of her life. Why not show her loving Kong. . Art without the facts is just another excuse for why the white man should never be trusted with history. They either forget, or simple do not want to tell they truth.”

I was honestly taken aback a little. I won’t name the person involve, but it probably doesn’t need to be mentioned he was a black photographer. I get his point, that many people use the slur about facial similarities in simian species. But my intent was not to reflect on messages (firstly I didn’t know existed) in the story related to possible interpretations of the piece in racial matters. From this point he started private messaging, trying to educate me on what my values should be. I apologies to him if I had offended him, but wasn’t talking my work down because he interpreted it that way.

Then came the icing on the cake. 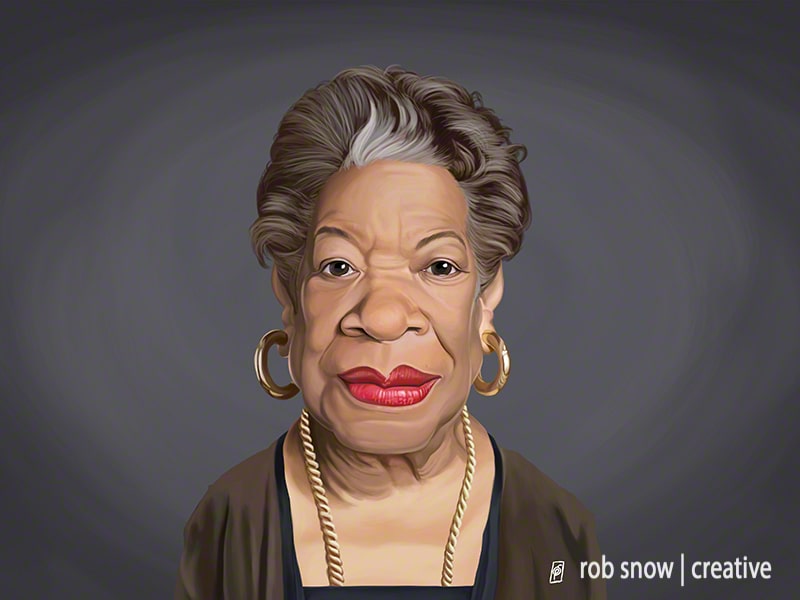 Five years ago I started doing caricatures. It had been an interest for some years, but I had never thought to try or do it. I took the challenge up, and started in my library. Up to this day, I now have 170+ caricatures I have done in that time. I have done a more subtle, sympathetic style, as I wanted to commercialise them. I have drawn several people from different nationalities, ethnic groups and so forth. It was when I posted Maya Angelou (again on Behance) that I received another message from the same man. I won’t paste his message in the thread as it was a little personal this time, but will translate the key points.

He stated again that white folk used cartooning (caricatures) as a way to define ‘ethnic and religious difference’ in history, and he found my artwork offensive. What he was trying to get across, was I was white and I had no place doing caricatures of black people. His main point was how ‘white’ people distort the facial features of a black person to become derogatory. I had to point out that the art of caricatures full stop, was to do this action. It was not an attack on ethnic differences. He had none of it and said I deliberately made the noses and lips more racially provocative on purpose.

Now, as I tried to read it, is he was trying to make a point that I had no argument because I was white, and white artists will automatically do this because of underlying prejudice. Now, as a child I had a fascination in biology. I was no scientist, but had a love and always marked well in biology. This continued in my art, with my efforts to show correctness in anatomy. That said, I researched the paths of evolution of ethnic groups and understood why Scandinavians have thing noses and African have wide noses. There was a clear and evolutionary reason! If those ethnic groups transposed themselves into a new environment doesn’t automatically change that appearance. In fact I love those differences, and loved the idea to emphasis them, to show that evolutionary brilliance of Mother Nature. 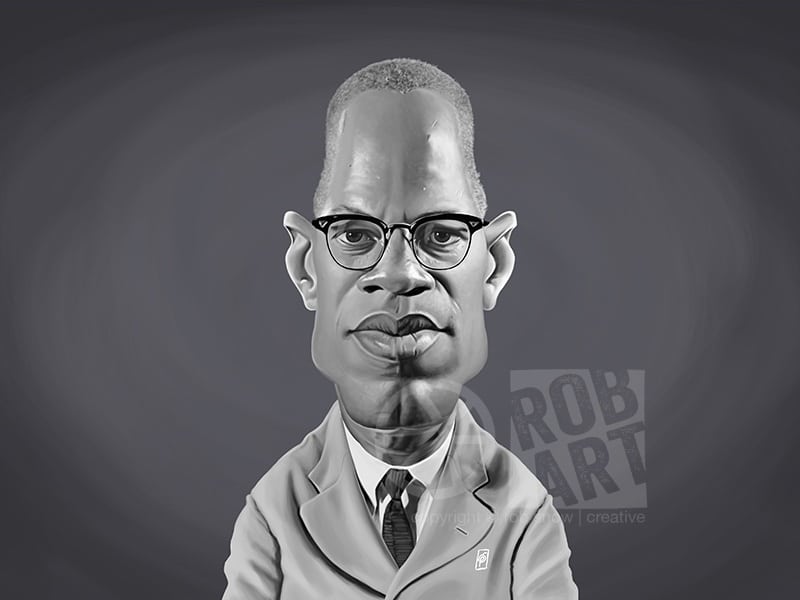 Now, if anyone follows me, I like to be open. I share my work out for people to see. Now, I would think if my caricatures offended any minority ethnic group then I would get some kickback. However, I now know I have had many black Americans requesting I do caricatures based on my Celebrity Sunday series, as well as praise for the ones I have done. So this is where the twist in this encounter really kicks in.

After really laying into me over several messages about my ignorance and distain for the black culture, biology and history, the gentleman in question begins talking of his mother; It seems she was a known theatre performer. He went on to tell me that she was very under-rated and overlooked for her talent (which could have been the case), but then cites a bar that has multiple caricatures of famous people over the wall. Then he said, to redeem myself of my ignorant ways, I should do a caricature of his mother and send it, so he can have her placed on this wall! So, what seemed to transpire is that he hated my work and how I depicted African Americans in my caricatures, but would have liked me to do a caricature of his mother (in the same style) so she could be commemorated in this bar of the famous. Not sure what you can say to that? 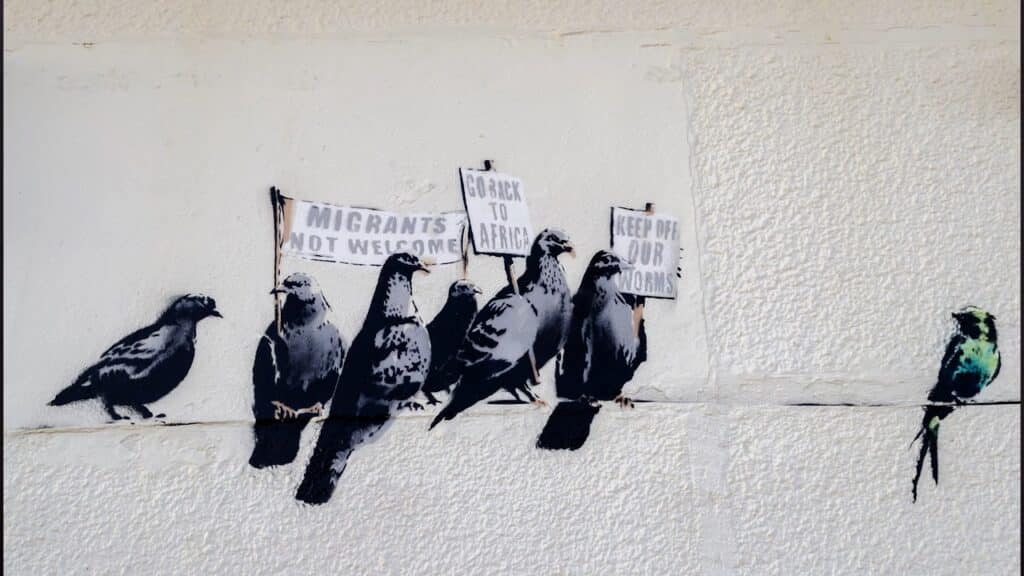 There are many, many wrong things that occurred in history. The latest protests within the #blacklivesmatter movement are actually highlighting these flaws. Statues don’t in fact teach history, they mark history, but many a time also hide history. Like everything else, things can be changed, like art on the walls. I personally don’t want to be guilty of ignorance, and I do as much as I can to educate myself on the matters at hand. However, I will always be a caucasian male, who originated from the land who created the biggest Empire and caused possibly the worst hardship and misery to countless indigenous peoples, but I can’t change that, and nor can I provide relief or compensation for those atrocities. What I can do, is make sure that the next generation (my daughter) is aware of those times and not to resist them.

Regarding art in general. It has always been a strong and powerful tool to make voices hear. I hope it will continue, in positive light, to do so. 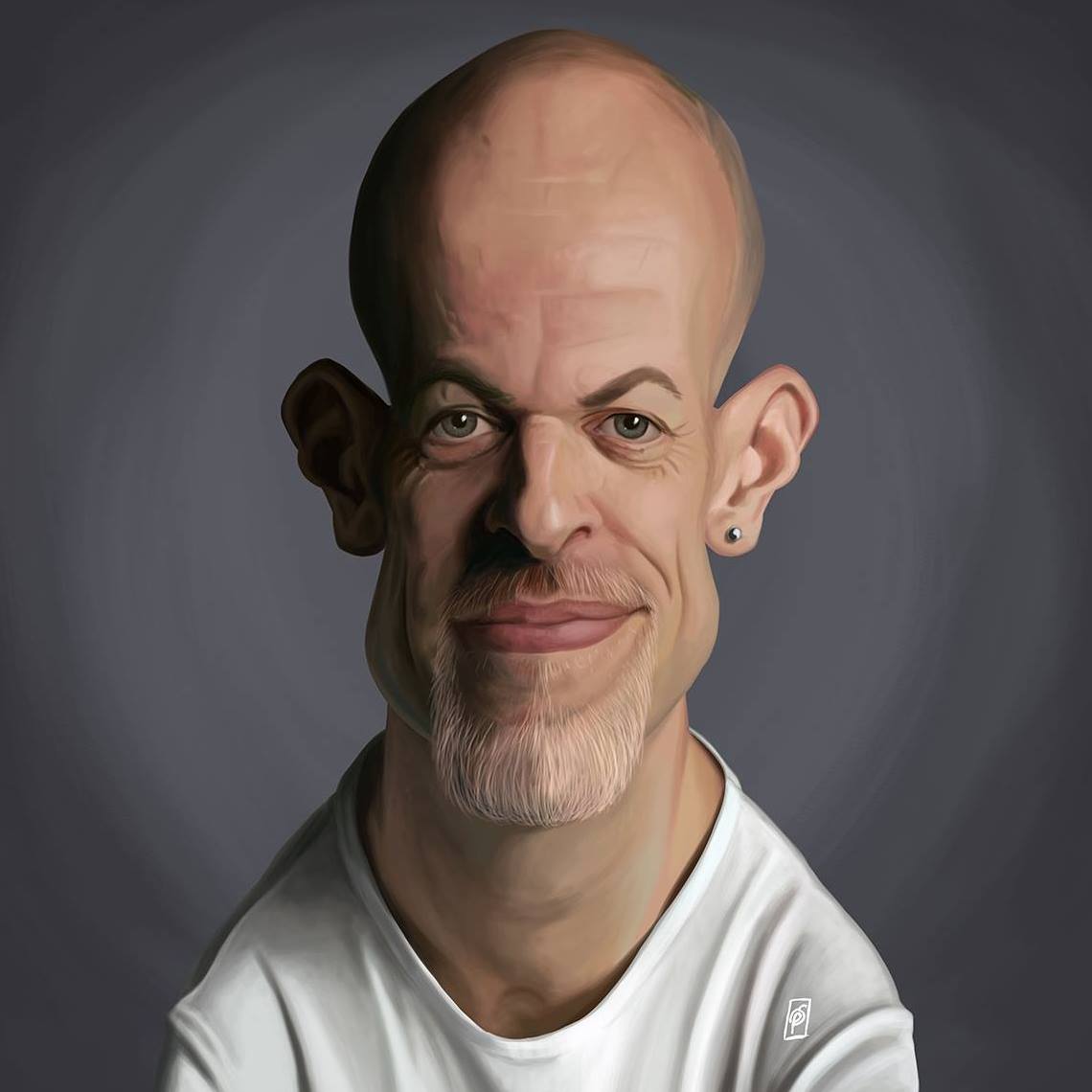